While the House and Senate plans did include funds for states to create “high-risk pools,” which would subsidize coverage for those requiring more medical care, such pools have been tried in about 30 states and have uniformly failed. States found that they could not allocate anywhere near the amount of money necessary to make coverage affordable for patients with preexisting conditions, and experts say the plans’ funding was equally inadequate. “The cost would have to be tremendous, and that is precisely because of the skewed distribution of health-care spending,” Blumberg said. “In order to make that coverage affordable for the people who need it, you would have to throw huge amounts of money at those pools.”

More recently, many Senate Republicans have rallied behind 2019 legislation from Senator Thom Tillis, who is facing a tough reelection fight in North Carolina. His bill declares that insurers must continue selling coverage to

The nonprofit organizations awarded grants help improve cardiovascular disease through programs that address barriers to care for socially disadvantaged populations with activities and information that meet the needs and culture of the people in their communities. The programs often bridge gaps in care and focus on screenings; cardiovascular disease prevention and management; nutrition education; access to healthcare and

Over 13,000 healthcare providers across the country use the Ocean Platform to allow Canadians to securely share health information, update their patient record, and connect with their physicians each day. The Ocean library of editable intake forms, consent forms, and patient history tools connects directly to a suite of integrated patient tools, providing an easy way to collect information from patients and conduct eReferrals.

The first version of Ocean for OSCAR EMR was launched in 2015, with a focus on patient forms presented on waiting room

BrightTALK, the virtual event platform that brings professionals and businesses together to learn and grow, in partnership with The Center for Health Affairs and CHAMPS, is launching the COVID-19 Leadership Series, a virtual initiative that delivers thought-provoking commentary and insights from a renowned group of global healthcare experts. The series begins on September 29 and will continue through 2021.

The COVID-19 Leadership Series marks the start of a global collaboration between BrightTALK, The Center for Health Affairs and CHAMPS, which have joined forces to create a virtual event program that fosters conversation throughout the healthcare supply chain and continuum of care, from biotech, biomed, pharma and payers, to government, policy, associations, providers and patients.

The series opener on September 29, “COVID-19’s Role in Federal Policy and the Upcoming Election,” will feature a dynamic discussion between Brian Lane, President and CEO, The Center for Health

NEW YORK, Sept. 29, 2020 /PRNewswire/ — PDV Health Consulting, a new organization that provides expert financial, organizational, and operational support to healthcare organizations, systems, hospitals, medical practices, and agencies, today announces its official launch. Established by Paul D. Vitale, a leader in healthcare for more than 35 years, PDV Health Consulting gathers a diverse team of expert consultants who help bring innovation and performance enhancement strategies to healthcare organizations worldwide. What differentiates PDV is their thorough, hands-on approach to everything they do; Paul is there every step of the way with clients through project completion. 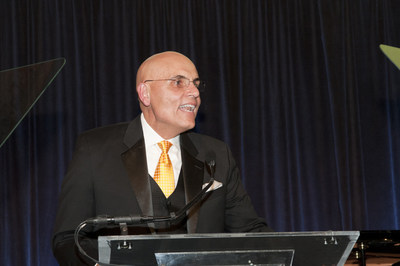 With a proficiency for the creation and management of board governance, recruitment, policies, and procedures, PDV Health Consulting combines the experience needed to bring about real transformation and sustainability to healthcare organizations. Additionally, unlike other consultancies, PDV provides a flexible cost structure that ensures client satisfaction. PDV clients include hospitals, health,

Imagine Health and Tenet Healthcare have partnered to expand access to a new type of health plan throughout South Florida. Through direct contracting and built-in price protection, the Imagine Health plan will cut costs and provide direct access to high-quality care for self-insured employers and employees in Broward, Palm Beach and Miami-Dade counties.

Through the relationship, self-funded employers and their employees can save as much as 20% on healthcare costs while gaining direct access to Tenet Healthcare’s 10 hospitals, including Palm Beach Children’s Hospital and two Level-1 trauma centers; eight ambulatory surgical centers; 20 urgent cares; and hundreds of primary care physicians and specialists throughout the region. An experienced Imagine Health member advocacy team will provide care navigation services, ensuring members get the most out of their health plan.

“In Florida, health insurance premiums rose 60% over the past 10 years, continuing a decades-long ballooning of healthcare costs nationwide,” said

LabCorp (NYSE: LH), a leading global life sciences company that is focused on advancing health and guiding patient care decisions, and Infirmary Health, the largest non-governmental health care system in Alabama, today announced that they have entered into a multi-year collaboration to provide laboratory services to patients and providers throughout the eastern Gulf Coast region. LabCorp, which has a long-standing presence in Alabama through laboratory facilities in Birmingham, will provide lab management, phlebotomy and logistics services, and reference testing to Infirmary Health.

Universal Health Services, one of the largest healthcare providers in the U.S., has been hit by a ransomware attack.

The attack hit UHS systems early on Sunday morning, according to two people with direct knowledge of the incident, locking computers and phone systems at several UHS facilities across the country, including in California and Florida.

One of the people said the computer screens changed with text that referenced the “shadow universe,” consistent with the Ryuk ransomware. “Everyone was told to turn off all the computers and not to turn them on again,” the person said. “We were told it will be days before the computers are up again.”

It’s not immediately known what impact the ransomware attack is having on patient care, or how widespread the issue is.

UHS published a statement on Monday, saying its IT network “is currently offline, due to an IT security issue.”

WELLESLEY, Mass. and SALT LAKE CITY, Utah, Sept. 28, 2020 /PRNewswire/ — Sun Life U.S. and The MGIS Companies, Inc., a leading national insurance program manager, today announced a ten-year extension of their partnership serving the customized benefit needs of healthcare professional groups nationwide since 2006. Sun Life will continue to be the exclusive provider of group disability and life insurance to MGIS’ growing base of healthcare professionals in various practice settings and will expand products and services to shared Clients under the new agreement.

“Companies operating in the market are focusing on launching smart labeling solutions to remain integral with the ever-evolving customer demands and regulatory guidelines, which additionally ascertains a robust foothold,” remarks FMI analyst.

For more insights into the Market, Request a Sample of this [email protected] https://www.futuremarketinsights.com/reports/sample/rep-gb-12535