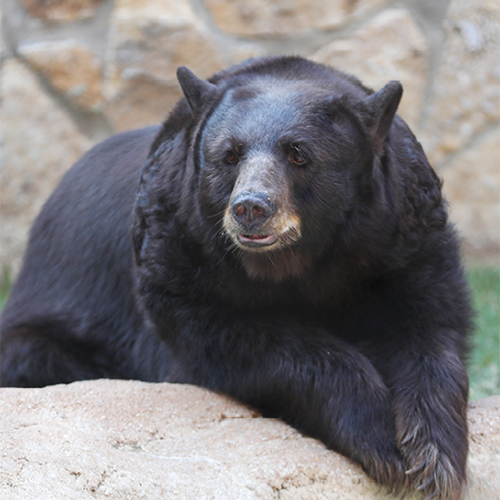 The Bill and Eva Williams Bear Habitat, a USDA Class C zoological sanctuary, houses Baylor’s beloved American black bears Judge Joy and Judge Lady. It is one of the most visited sites on our campus, and our caregiver team uses every opportunity to educate visitors about black bears and conservation efforts that impact their natural habitat.

After a late 2019 diagnosis with a benign thymoma mass, Lady, 18, received a series of innovative, noninvasive radiation doses called TomoTherapy — a treatment believed to be the first of its kind done on a bear. Follow-up examinations and radiograph images in July of this year showed Lady’s mass has not expanded, even suggesting a 20 percent reduction in size.

A 400-pound bear had to be euthanized after it was found in a Colorado restaurant’s dumpster earlier this week.

On Wednesday, the Colorado Parks and Wildlife (CPW) Southeast Region tweeted about the incident that happened in Woodland Park, Colorado.

According to the agency, the bear was able to get into the restaurant’s trash because the dumpster wasn’t locked.

Bill Vogrin, a CPW public information officer, told Fox News that the bear — which was estimated to be between 18 and 19 years old — was first found in the dumpster around midnight, but wildlife officers hoped the bear would find its way out overnight.

However, when an officer returned to the dumpster in the morning, the bear was still inside and was struggling to get out.

After wildlife officers tranquilized it and tipped the dumpster over, they saw the