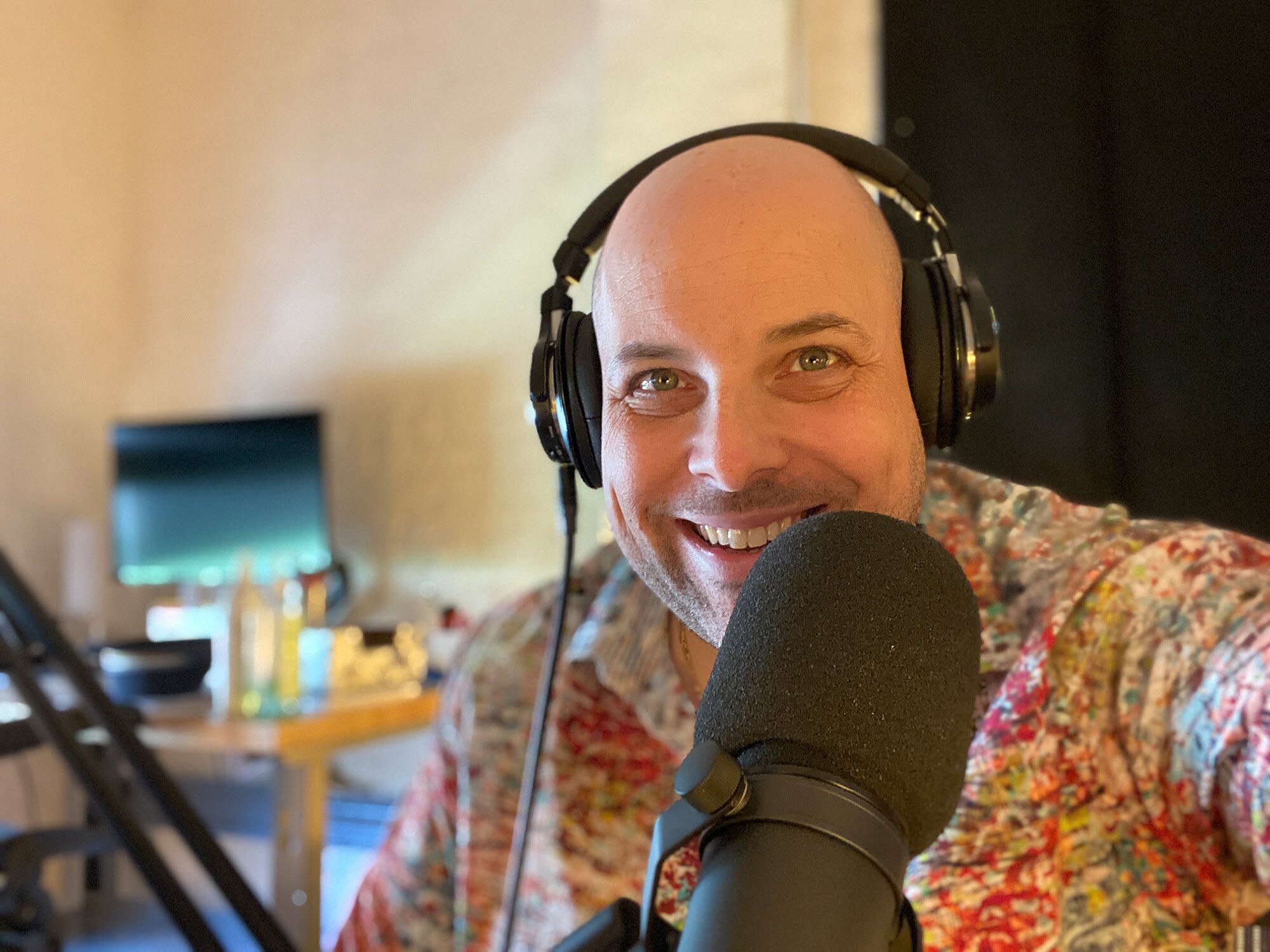 Matthew Zachary knows just how stressful a cancer diagnosis can be — and for the past 13 years, he’s built a career out of it as host of The Stupid Cancer Show.

The self-described “Howard Stern of radio for cancer,” Zachary has embraced being the face of patient advocacy since launching his company in 2007, 12 years after his brain cancer diagnosis gave him just six months to live at age 21.

“When you’re treated with cancer and you’re not 80 and you’re not 8, there’s varying degrees of ‘Oh s—ery’ that are different than you being a mom to an 8-year-old or worrying about your retirement in Florida,” he tells PEOPLE ahead of Breast Cancer Awareness Month, which begins Thursday. “[Stupid Cancer] was the community I wish that I’d had and didn’t know I needed, didn’t know could exist.”

After a successful decade and a half at the helm, though, Zachary, 47, is moving on — not away from patient advocacy, but even deeper into it, with an “unfiltered” audio media company called OffScrip Media.

“You know how Crooked is like, a no [bulls—] show about politics? This is a no bulls— company about consumer advocacy when s— happens,” he explains.

OffScrip is launching with a pair of podcasts hosted by the Brooklyn-based Zachary: NORDPod, a partnership with the National Organization for Rare Disorders, and Out of Patients, which he says aims to call “out all sorts of stupid BS in healthcare.”

Other shows include Brave New Weed and Am I Dying?!, and future plans include coverage of everything from oral hygiene and multiple sclerosis to the fight for equity in biological parenthood through disease and fertility preservation and adoption and surrogacy.

OffScrip is also releasing an exposé of sorts on breast cancer focused on long-ignored voices like those of transgender, LGBTQ and Black patients, which Zachary calls a “social justice issue within the small lens of healthcare.”

“I’m fighting for these people to be their voice,” he says. “I feel like we can be the company that elevates the voices that can be angry enough, but can stir the pot… That’s the endgame here: nothing matters unless it’s policy.”

A three-part documentary called #BCSM will also hit airwaves for Breast Cancer Awareness Month in October, chronicling the birth of the breast cancer social media community and its impact as a global network of patients, caregivers, clinicians and researchers dedicated to empowering those affected by the disease.

The plan for OffScrip wasn’t yet developed when Zachary left Stupid Cancer in 2019, but the father of two said he knew it was time to move on, as his now-10-year-old twins were getting older and he wanted to spend more time watching them grow.

With that in mind, he took a year off to visit with friends in places like Seattle, Los Angeles and Boston, all the while engaging in conversations that would eventually lead to OffScrip.

Robert and Janice Beecham were both diagnosed with COVID-19, but have recovered

“I was joking like, ‘Here’s how to take our money!’ but it’s like, here’s the white space you can fill that no one else is doing,” he says. “Remember that movie The Incredibles, where he’s like, the insurance guy? And that old lady comes in and he gives her all the loopholes to get through the process? There’s a lot of parking lot conversations and loopholes that happen in healthcare. If you know how to navigate those waters… you can actually impact with the same advocacy hat you’ve been wearing without the restrictions of nonprofit. So it just became very appealing over the year of sabbatical.”

For Zachary, whether it’s as the face of Stupid Cancer or OffScrip Media, the goal remains the same: produce healthcare-related content that’s focused on people as a means of advocating “for the little guy.”

“This is about rallying American citizens,” he says, “to realize the only thing that’s ever changed how things suck less for us when s— happens, are people like us.”

OffScrip Media shows are available on Spotify and Apple Podcasts. The #BCSM project will launch on Oct. 30.