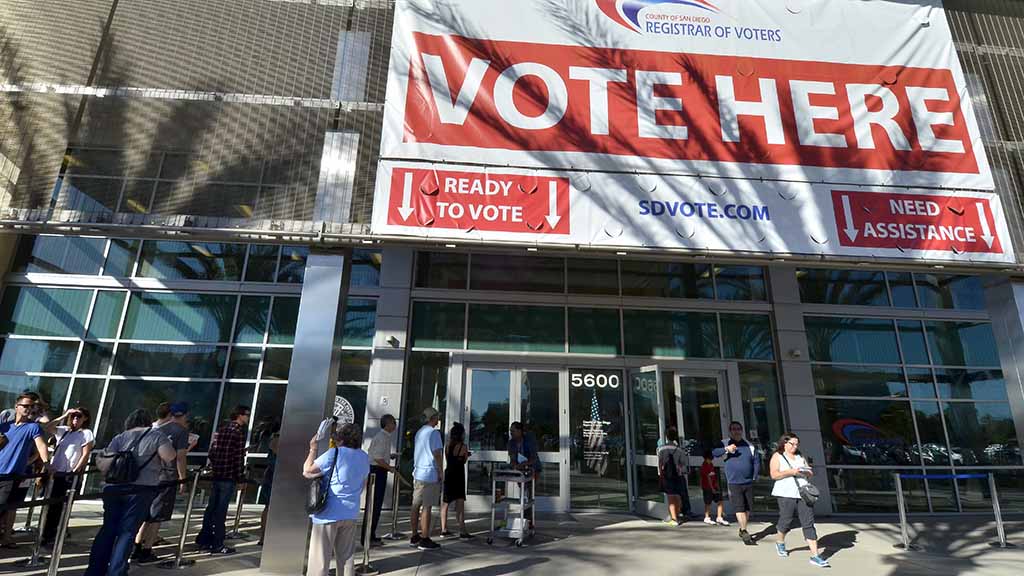 The percentage of adults who reported that they always voted was highest among those who said they were in excellent or very good health – just under 41% – and who had experienced no psychological distress in the past year – just under 41%.

On the other hand, just over 23% of those who reported experiencing psychological distress within the past year reported that they always voted.

Voter registration and participation were also lower among respondents who had worse access to health care, the authors reported.

The study found that just over 40% of those who had visited a doctor in the past year said that they always voted compared with 28% who had not seen a doctor during that period.

The disparities in voting may make it less likely that the needs of the less healthy and more disadvantaged in the state are being addressed, the researchers concluded.

“We found differences in voting by health and neighborhood factors that suggest that people who vote are healthier, have better access to health care and live in more cohesive and safer neighborhoods than those who don’t vote,” said Susan Babey, the study’s lead author and a senior research scientist at the center.

“These differences in civic activities such as voting could contribute to policies that fail to meet the health needs of Californians who are less healthy, face barriers in access to health care and live in disadvantaged communities, which may in turn lead to greater inequities in health.”

The study used data from the center’s 2017 and 2018 California Health Interview Survey. The results also showed that:

Latinos, individuals in Generation X (ages 38 to 53), those with less than a high school education and those in the lowest income group, were most likely to report that not being eligible was the main reason they were not registered to vote, according to the study.

“Many California adults offered reasons for not being registered, such as incorrectly believing they are not eligible to vote or not knowing how to register, that could be addressed with targeted voter engagement efforts,” Babey said. “Importantly, these reasons were more likely to be offered by groups that already experience health inequities, including low-income adults, those with limited English proficiency, Latinos and Asians.”

Joelle Wolstein, a co-author of the study, said researchers recommended a combination of strategies to increase participation in voting and other activities. They include providing civics education and pre-registration opportunities in settings such as high schools and supporting integrated voter-engagement activities, including get-out-the-vote efforts.