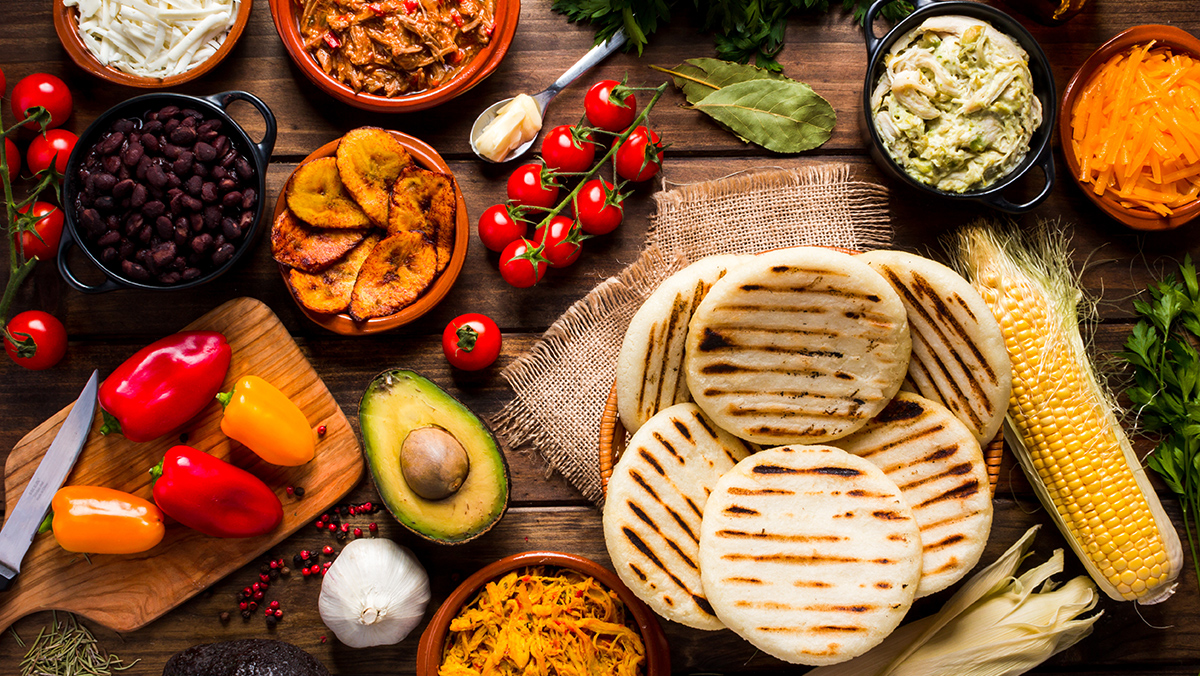 Whether it’s the pan de jamon she makes with her dad at Christmas or her mom’s arroz con leche, Venezuelan dishes are more than just a meal for Sofia Martinez Querecuto. They’re a deep connection to generations of her family and her culture as a Venezuelan immigrant.

She is now sharing that connection with the Carolina community as part of a new Latinx Heritage Month Community Cookbook being created by the Carolina Latinx Center alongside student groups Mi Pueblo and The Bridge.

Compiled from submissions from students, faculty and staff who are sharing family recipes and their favorite dishes, the cookbook will feature traditional dishes from around the world. Part of the Carolina Latinx Center’s Latinx Heritage Month celebration, the cookbook is a new way to showcase an important aspect of Latinx culture with the broader community.

“People will go out for taco Tuesdays or go out to Italian restaurants or go out and eat sushi. That’s one of the ways that culture has permeated the most in the United States because it can reach any community,” Martinez Querecuto said. “It brings some insight into the culture and how we interact with our surroundings in terms of how we use our resources to cook and how we make do with that.”

The idea for a cookbook developed earlier this semester as students began brainstorming ideas to promote community building when they’re spread throughout the country. One idea was to host Zoom cook-along events where students could share a recipe and walk fellow students through the process.

Martinez Querecuto and Kathy Jaramillo, the co-president of Mi Pueblo, wanted to compile those Zoom cook-along recipes in one place to bring everybody’s ideas together and engage more people. The cookbook, which is expected to be released later this academic year, was the perfect fit.

“Especially right now when we’re in quarantine and in a pandemic, I think everybody wants to find a little bit of community,” said Jaramillo, a senior studying health policy and management at the UNC Gillings School of Global Public Health. “I hope that this cookbook can act as a sense of unity amongst us even though we’re all over the place. We all know that our culture ties us together.”

The project has more than a dozen submissions so far, including dishes from Colombia, Ecuador, Mexico and Venezuelan. Organizers are still accepting new recipes, which can come from anywhere in the world.

“Though this is centered around Latinx Heritage Month, we do want this to be open to traditional dishes from any nationality, any ethnicity,” Martinez Querecuto said. “All students are welcome to participate in this.”

Jaramillo said some of the currently submitted recipes overlap, but the collection has shown how different cultures adapt a dish to make it its own.

“It’s interesting to see how everyone does recipes differently depending on what country they’re from,” she said. “There’s a lot of familiar food in Latinx culture, but it’s nice to see how people from different countries do it differently.”

Both Jaramillo and Martinez Querecuto will be sharing their families’ recipes in the cookbook as a way to not only shine a light on the University’s community but also leave their families’ mark at Carolina.

“It’s very exciting for me as a Venezuelan immigrant and a first-gen student here at Carolina to know that I’m going to leave behind a legacy. It’s my parents’ legacy and all of their parents who passed down these traditions,” Martinez Querecuto said. “Some recipes are very personal to families, they’ve been passed down and used for special occasions, so I just feel really happy that I can leave part of my family’s heritage here to share with Carolina in the future.”

Submit a recipe for the cookbook