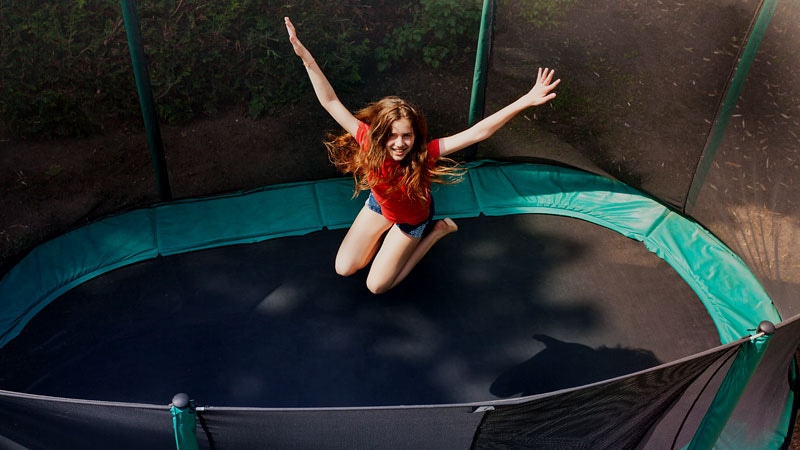 Across the United States, an explosive growth in recreational facilities boasting trampolines coincides with alarming growth in trampoline-related injuries in children, including those to the spine, according to new research.

“There aren’t any set regulations for these parks, so the American Society for Testing and Materials released a set of standards, but only Michigan and Arizona enforced those,” Freiman explained.

“Hopefully, since we’re showing a significant increased risk of injuries, the federal government will enforce regulations throughout the United States,” she told Medscape Medical News.

The first trampoline park in the United States opened in 2004, Freiman said. By 2018, there were more than 800 recreational facilities with trampolines across the country. This rapid growth coincided with a 45% increase in emergency department (ED) visits for trampoline-related injuries, from 61,509 in 2014 to more than 89,000 in 2017.

To assess the rates of trampoline-related injuries, Freiman and colleague analyzed data from the National Electronic Injury Surveillance System (NEISS). They included all patients whose records include a code for trampoline injury and who presented to a hospital ED between 1998 and 2017. They compared home trampoline injuries with those sustained at recreational facilities.

Patients injured at trampoline facilities tended to present at large hospitals, Freiman noted, likely because of these parks being located in more populated regions.

The type of injury differed between locations. Severe injuries, such as spine fractures, occurred three times as often at trampoline parks than at home (2.7% vs 0.9%; P = .016).

“Since home trampolines are often off the ground, I would speculate that you’re more likely to hit the edge of the trampoline or fall from it,” she said, “whereas at recreational sports facilities, there are often multiple jumpers, and you’re not falling off ― you’re falling in general or colliding with other jumpers.”

The authors note that lower extremity fractures occurred more often in trampoline parks (35.6% home vs 51.7% parks; P < .0001), and upper extremity fractures were more prevalent from home trampolines (60.2% vs 42.5%; P < .0001). Also, a larger proportion of trampoline park injuries occurred among adolescents and young adults aged 15 to 34 years in comparison with home-based injuries (28.2% vs 13.6%). No race or gender differences were noted.

Freiman noted one possible study limitation. The NEISS data only included patients tagged as being injured on trampolines, so “it may be incomplete,” she said. “Also, anyone presenting to their personal physician or urgent care centers weren’t included, so there’s likely an underestimation of cases.

“We hope people gain a better understanding of risks associated with these facilities and dive further into research and [to] identify areas that can be improved within these facilities,” Freiman added.

Because most injuries at trampoline parks occur among people aged 15 to 34, Hardeman said, babysitters or parents may also “be indulging as well” when they take their young charges there to jump.

“They need to understand how to set a good example and teach kids proper safety precautions, such as not jumping too close together or maybe not doing things like splits,” she said.

Hardeman told Medscape Medical News “there’s a lot of truth” to the study’s conclusion that recreational sports facilities with trampolines pose a public health hazard. Additional research should focus on what types of safety measures trampoline parks may be taking, she said. Such measures could include increased padding, hiring more staff, or placing firmer limits on how many people can jump in each area at a time.

“Some centers don’t have as much padding around as others, and some allow multiple children to jump in the same area at the same time,” she said. “What exact scenarios are kids encountering more so than being on a trampoline at home?

“Trampoline centers are exciting and fun, but they are a hazard, and the fact that such an aggregate population being impacted by increasing numbers shows it’s definitely an issue right now,” Hardeman added.

Freiman and Hardeman have disclosed no relevant financial relationships.