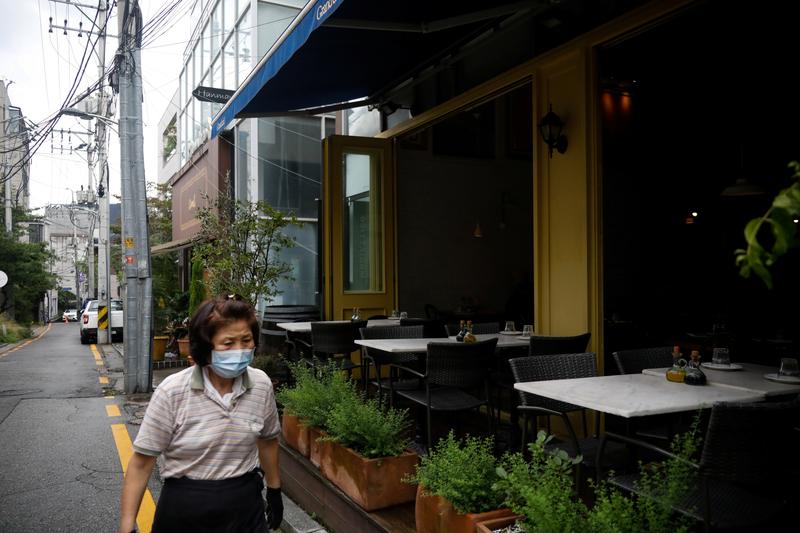 SEOUL (Reuters) – South Korea on Monday reported 50 new coronavirus cases, the lowest since a new wave of outbreaks emerged from a church and a large political rally last month.

The Korea Disease Control and Prevention Agency (KDCA) posted a double-digit rise in daily infections for a third consecutive day. Of the new cases, 40 were domestic and 10 imported, and total infections rose to 23,661, with 406 deaths.

The numbers were the lowest since Aug. 11, just before a new cluster of infections emerged from a church whose members attended an anti-government rally in Seoul on Aug. 15, which had boosted the daily tally to more than 440 late last month.

The outbreaks have prompted the government to take unprecedented social distancing measures including a ban on on-sight nighttime dining.

Some of the rules have been eased in recent weeks after the rate of daily infections slowed, but officials were still on high alert ahead of the Korean thanksgiving holidays of Chuseok this week, when tens of millions of people travel across the country.

The government said the social distancing rules will remain in place during the holidays, calling for people to refrain from trips and gatherings, and warning against any large rallies including a “drive-thru” protest.

Some 137 demonstrations planned by some civic groups have already been banned, said Son Young-rae, a senior official at the health ministry.

Health authorities have said the daily cases need to be maintained around 50 or less for the rules to be relaxed, and would review the policy after the holidays.

“We’ve already seen how COVID-19 spread quickly during previous holidays and its consequences,” Son told a briefing. “How we handle virus control during the upcoming holidays would affect the trend in the autumn and winter.”