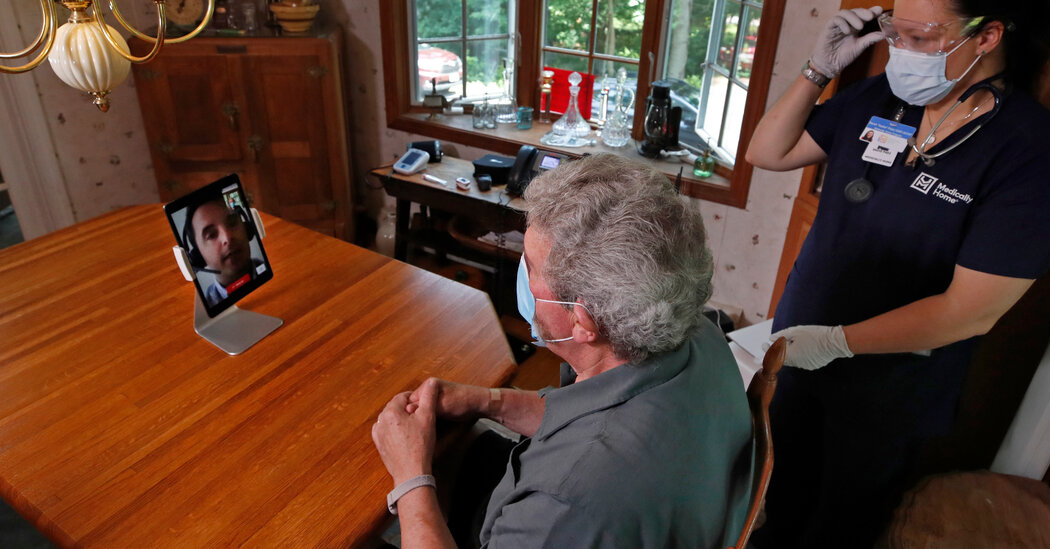 Some people will have to start paying more out of their own pockets for telemedicine appointments, if their virtual visits with doctors are unrelated to Covid-19 and are needed to monitor conditions like diabetes or to check out sudden knee pain.

Two of the largest health insurers, Anthem and UnitedHealthcare, are no longer waiving co-payments and deductibles for some customers beginning on Oct. 1. People who have been relying on telehealth to steer clear of the emergency room or a doctor’s office during the coronavirus pandemic will need to check with their insurers to see how much they will now owe for a virtual visit.

Just how much people who paid nothing before will now have to pay will vary widely, depending on the type of visit and the details of their insurance policy. But you might have the same $25 co-payment to see your doctor over video as you do when you go to the office, and you could even be on the hook for the cost of the entire visit if you have not yet met your deductible.

While a virtual visit is likely to be much cheaper than going to an emergency room, you could end up paying anywhere from $55 to $92, the average cost of a lengthy telemedicine visit within your plan’s network, according to an analysis of insurance claims by FAIR Health, a nonprofit group.

The changes in insurance policy were first reported by STAT news.

In the early months of the coronavirus crisis, the federal Medicare program and private health insurance companies wanted to encourage people to use alternatives to in-person care by talking with a doctor over video or by telephone. They relaxed many of the rules for seeking virtual care, and many waived the co-payments that would normally be charged for those appointments.

But some of the largest insurers, like Anthem and UnitedHealth Group, were reluctant to commit to extending the waivers beyond the fall, despite the caseloads across the country that still amount to nearly 45,000 a day. And people are still wary of in-person care. Many continue to shy away from a hospital’s emergency room and rely on other options, including telemedicine, according to a recent analysis by TransUnion Healthcare. In areas where Covid cases surged, as they did this summer in Arizona, Florida and Texas, people turned to telemedicine, according to a study by Harvard researchers published last month.

“There are still individuals who are vulnerable under any definition that should not be navigating the health system, for their own safety,” said Shawn Martin, the chief executive of the American Academy of Family Physicians, describing the timing of the decision to stop the waivers as “inopportune.”

“The downward economic pressures on families are only building,” he said, noting that there are indications that people are already forgoing needed care during the pandemic. While the co-pay might be only $35, people will be tempted to put off contacting a doctor, he said.

The nation’s major insurers have drawn stiff criticism in recent months for not doing more to help their customers while reaping enormous profits from the declines in medical bills as people avoided doctors, and surgeries were delayed or postponed.

With some people resuming to their doctors’ offices for in-person care, both companies have now reinstated cost-sharing in some policies if telemedicine visits are unrelated to Covid-19 conditions. If you were responsible for a co-payment before the health crisis, you may be again. Employers that offer plans they self-insure may have different rules.