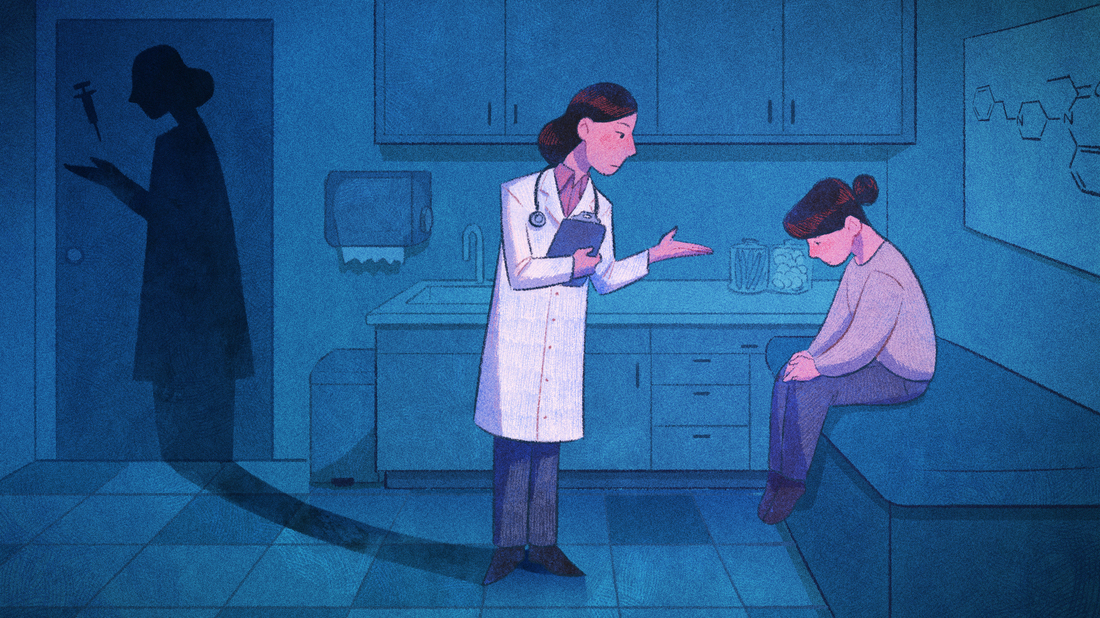 The federal government estimates one in 10 healthcare workers experience substance use disorder. There is rising concern that medical professionals are stealing powerful opioid pain medications meant for their patients. 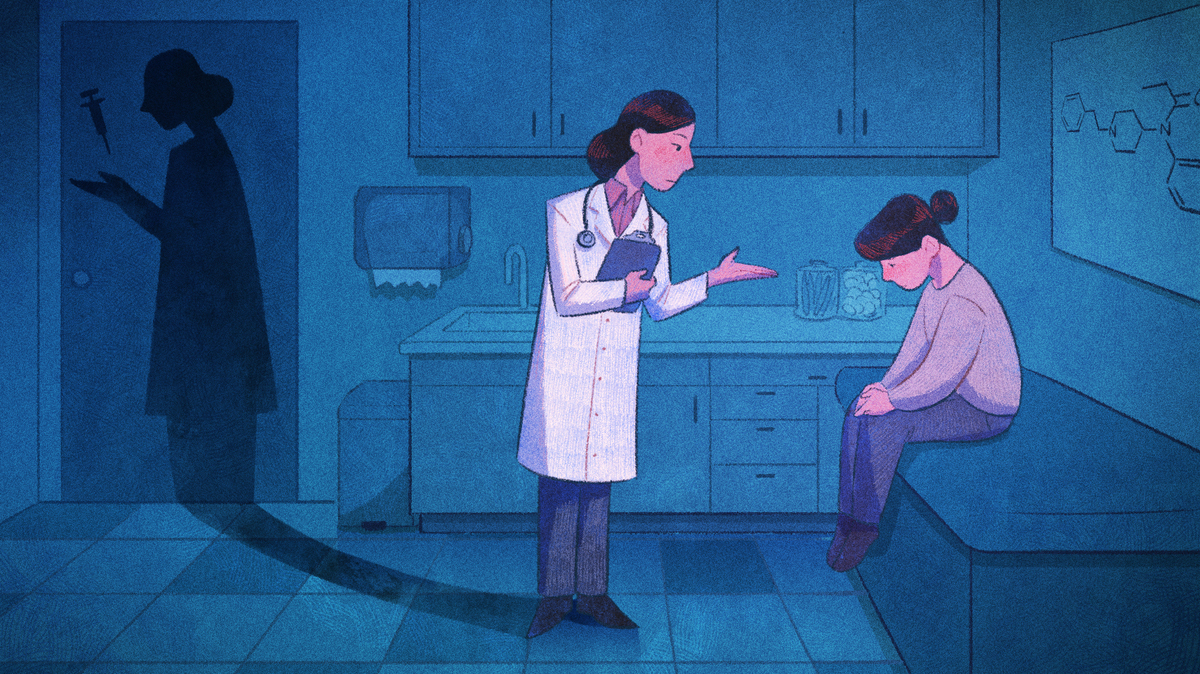 The federal government estimates one in 10 healthcare workers experience substance use disorder. There is rising concern that medical professionals are stealing powerful opioid pain medications meant for their patients.

When Kristin Waite-Labott, a nurse in Wisconsin, began stealing fentanyl and morphine from her hospital’s medical supply cabinets, she found it was relatively easy to cover her tracks.

Her drug inventory paperwork often didn’t add up, but she found coworkers willing to cover for her.

“They trusted me” she said. “Unfortunately I was taking advantage of that trust and that happens all the time.”

But Waite-Labott’s addiction to fentanyl quickly spiraled out of control.

“Taking it one time, I instantly craved more. It’s so powerful and deadly,” she said.

Waite-Labott eventually lost her job and spent time in jail before entering recovery and regaining her nursing license.

She works now helping other health workers who struggle with addiction and says she’s still haunted by the thought of patients she might have harmed.

“I don’t know that I made any errors,” she said. “But I can’t be certain of that because I was under the influence at work.”

NPR found a growing number of health industry experts and researchers who warn this kind of on-the-job drug theft by health workers may be increasing.

“It’s extremely common and the consequences can be very very grave,” said Kimberly New, an expert on medical drug misuse, known in the industry as diversion.

Harm to patients from drug diversion can be severe. In extreme cases, health workers divert so much medication, patients wind up undergoing cancer treatments or post-surgical recovery without pain relief.

“Patients will be left to linger in pain and not receive the doses that they were supposed to receive,” New said. “The diverter has progressed to the point where they’re no longer willing to share with the patients.”

Studies by the Centers for Disease Control and Prevention and the Mayo Clinic also found healthcare workers who steal drugs frequently tamper with medications, leaving them contaminated.

“I go and take a fentanyl vial, I administer the entire vial to myself and I refill the vial with water,” New said, describing a typical scenario. “Unfortunately many patients have been infected with blood-born pathogens.”

The Mayo Clinic study found as many as 28,000 hospital patients were put at risk of contracting Hepatitis C over a 10-year period because of this kind of drug theft and tampering.

“We share our experience to alert health care providers,” the doctors wrote in The New England Journal of Medicine. “[I]n this age of profound prevalence of opioid addiction, drug diversion is an important consideration when a cluster of waterborne bacteremia is identified.”

For doctors and nurses, lives destroyed and careers ended

Consequences for healthcare workers can also be devastating. Two years ago, Denise Keller got a call from the University of Texas Southwest Medical Center in Dallas where her daughter Iyesha worked as a nurse.

“When I first heard from the hospital, they were like, there’s an accident,” Keller recalled.

Iyesha Keller, who was 36, had overdosed on a variety of drugs, including fentanyl, likely stolen from her hospital’s supply of pain medication.

“She died on the floor of a bathroom at her hospital. If all this was in her system how did she do her job?” Denise Keller asked.

Iyesha Keller was the second nurse to die from a fentanyl overdose at UT Southwestern Medical Center over a two-year period.

Last year, a nurse at Parker Adventist Hospital in Denver was sentenced to 44 months in federal prison after she stole fentanyl from her facility’s intensive care unit, replacing doses of medication with saline.

Only “a fraction” of hospital drug thefts are discovered

In one case at a hospital in Massachusetts, two nurses were able to steal more than 16,000 Oxycodone opioid pills before being detected. Another hospital, Effingham Health System in Atlanta paid $4.3 million in federal fines after “tens of thousands” of opioid medications were stolen over a four-year period.

“Hospitals put lives at risk when they fail to maintain accurate record-keeping of their inventory,” the Drug Enforcement Agency’s Robert J. Murphy said in a 2018 statement.

The frequency of drug diversion in hospitals and clinics is debated but last year the Joint Commission, a nonprofit that provides accreditation to thousands of hospitals and clinics, issued a warning that “only a fraction of those who are diverting drugs are ever caught.”

This summer Kit Check, a company that monitors drug inventories at hundreds of U.S. hospitals, raised another red flag.

They issued a report showing tens of thousands of unexplained “variances” where high risk medications couldn’t be accounted for by healthcare facilities.

“There’s a 111,000 instances here where the folks that were reviewing [drug inventories] could not figure out why the math didn’t add up,” said Kit Check CEO Kevin McDonald.

All hospitals and clinics are required by federal law to have some kind of security and inventory system for opioids and other controlled medications. But Mark Fan, a researcher at North York General Hospital in Toronto says those systems often break down.

“We know that staff are really overworked, they’re under a lot of time pressure. It’s not uncommon for people to let things slide,” Fan said.

He published a study in the Journal of Hospital Medicine last year warning that drug theft in US hospitals appears to be “accelerating.”

The DEA told NPR it investigated roughly 3,600 cases of alleged drug theft at healthcare facilities over the last five years, including 280 cases so far in 2020.

“We don’t spend a lot of time targeting hospital employees or clinic employees,” he said. “That is not where our biggest problem is in the United States right now.”

In sheer numbers, the thousands of overdose deaths caused each year by illegal street fentanyl pose a far deadlier risk than fentanyl and other opioids misused by workers within the healthcare industry.

McDermott said the DEA believes the overall rate of drug diversion within the healthcare industry remains “very low.” But he acknowledged the DEA can’t say with confidence how big the problem of hospital drug theft has become.

That’s because hospitals and clinics are largely responsible for self-policing. If medical facilities don’t detect and report a problem, the DEA and other law enforcement have little chance of learning about it.

“So it limits the ability of us as an agency to see diversion that is being done whether it’s a a clinic, whether it’s at a hospital,” McDermott told NPR.

The DEA has reportedly opened an investigation into drug security practices at UT Southwestern Medical Center in Dallas, where nurse Iyesha Keller died of a a fentanyl overdose in 2018.

Federal officials declined to confirm a probe is underway and the hospital didn’t respond to NPR’s repeated phone calls and emails seeking comment.

But Keller’s mom, Denise, said she hopes someone will find out what went wrong at her daughter’s hospital and make things safer for staff and patients.

“This hospital is having deaths, medications are disappearing and no one is able to stop and do anything about it,” Keller told NPR. “It doesn’t make any sense.”