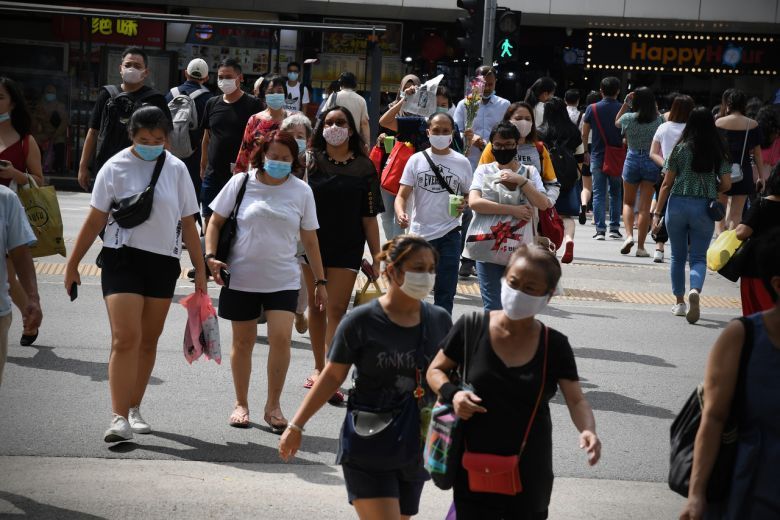 SINGAPORE, Sept 29 (The Straits Times/ANN): There were 27 new coronavirus cases confirmed as at Tuesday noon (Sept 29), taking Singapore’s total to 57,742.

They included one community case who is a work pass holder, said the Ministry of Health (MOH).

There were also nine imported cases who had been placed on stay-home notices upon arrival in Singapore.

In a brief data released here today, the republic’s Ministry of Health (MOH) confirmed the nine imported cases and one in the community.

The ministry said it was still working through the details of the cases and further updates would be issued tonight.

MOH said Case 57847, who went to work at Changi Airport was tested as part of its proactive screening of workers in essential services living outside the dormitories.

As of Sept 28, there are 887 cases involving long-term and work pass holders here and categorised under community cases.

The ministry said 57,393 cases had fully recovered and discharged from hospitals or community care facilities.

A total of 36 confirmed cases remain hospitalised but none in the intensive care unit.

Meanwhile, 259 patients who have mild symptoms or clinically well but still tested positive for COVID-19 have been isolated and being cared for at community facilities.

The number of new daily cases in the community has remained stable at an average of fewer than one case per day in the past two weeks.

The number of unlinked cases in the community has also remained stable at an average of fewer than one case per day over the same period.

Singapore has had 27 deaths from Covid-19 complications, while 15 who tested positive have died of other causes.

Globally, the virus outbreak, which began in December last year, has infected more than 33.5 million people. More than a million people have died. – The Straits Times/Asian News Network