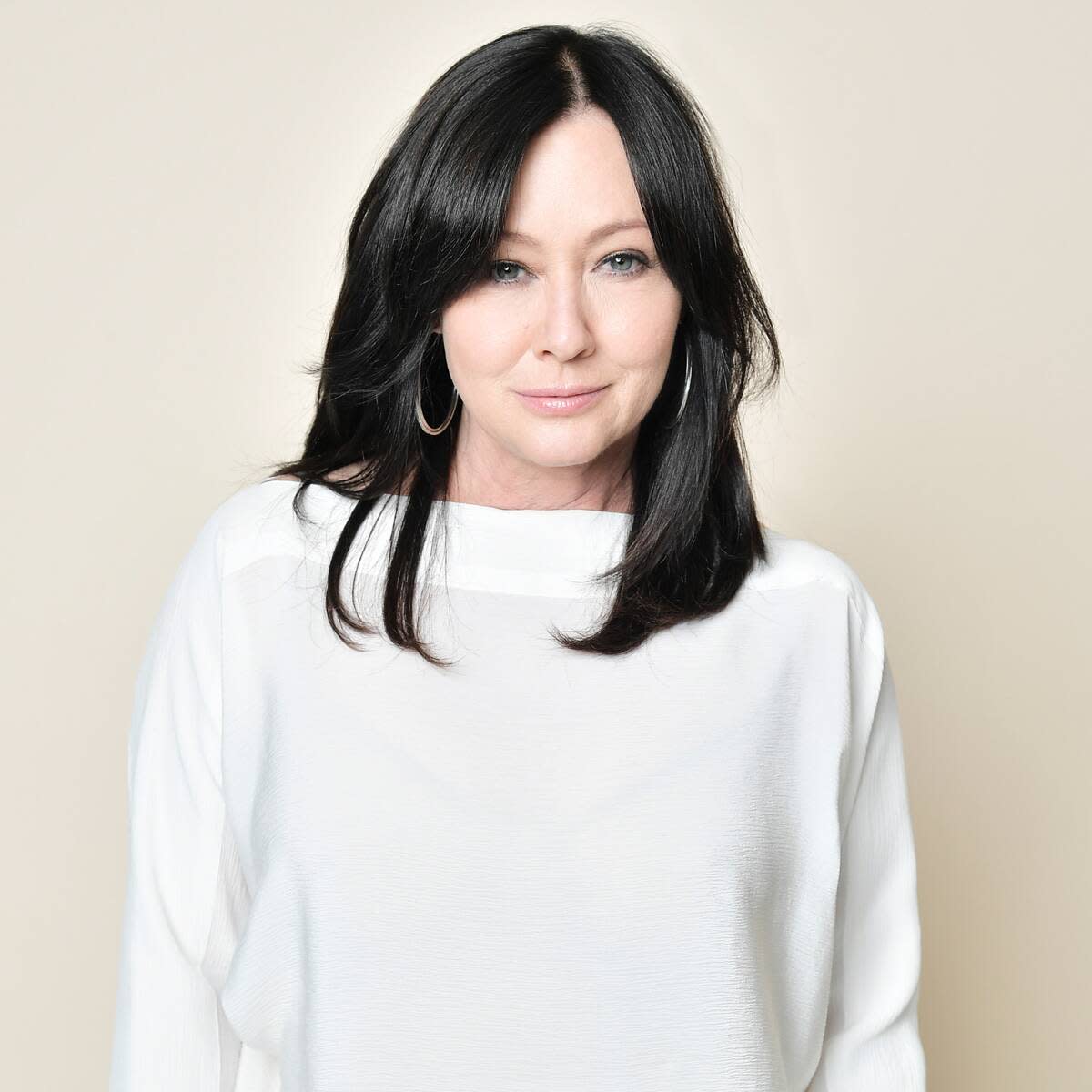 The Beverly Hills, 90210 alum had just undergone a PET scan after experiencing back pain. Her photographer husband Kurt Iswarienko was away on a photoshoot. So, she was alone when her doctor Lawrence Piro revealed her breast cancer had returned.

As detailed in a new feature for Elle, Doherty began pacing and crying. She started researching experimental breast cancer trials in Europe and reflecting on her life.

A few weeks later, in February 2019, Doherty and her husband invited their closest friends to a dinner party at a house they had rented in Venice, Calif. They also invited her oncologist, who explained that Doherty’s cancer was back and had reached stage four. He answered the group’s questions and told them about Doherty’s treatment plan, which, according to Elle, would include hormone therapy and “a second targeted drug that is often effective at stabilizing metastatic disease.”

“Everybody got to ask questions and know what we were looking at as a group,” Doherty recalled, “as a team.”

She was first diagnosed with cancer in 2015 and underwent surgeries, chemotherapy and radiation. Looking back at that time, Doherty recalled how the experience changed her perspective and how she was table to break down barriers she had built up after battling with the industry and tabloids in the ’90s.

“When I got cancer the first time, it was this really beautiful thing, because it finally stripped all of that away,” she said. “Those walls were, like, eliminated. That sort of childhood resentment—19 to me is childhood—was gone.”

In 2017, she announced she had gone into remission. And while she quickly told her loved ones after her cancer returned two years later, she didn’t share the news with the public until February 2020, when she discussed the diagnosis on ABC News’ Good Morning America.

She didn’t even tell the majority of her co-stars while filming the recent reboot BH90210. Although, she did tell Brian Austin Green. According to Elle, she shared the news with him at a 2019 memorial service for their late castmate Luke Perry. She also later told their co-star Ian Ziering during a dinner at a tapas restaurant.

While the reboot is now over, Doherty is continuing to work on several other projects, including a new TV show and ways to advocate on behalf of other cancer patients.

“I think people have a mental picture of Stage IV cancer as someone sitting in a gray hospital gown, looking out a window on their deathbed,” her husband Iswarienko said at one point. “I don’t see a cancer patient when I look at Shannen. I see the same woman I fell in love with. She looks healthy and vital.”

Still, Doherty admitted it’s hard not to wonder about her future. “I haven’t sat down to write letters. That’s something I need to do,” she said. “There are things I need to say to my mom. I want my husband to know what he’s meant to me.”

In addition, she told Elle she’s considered making video messages. “But whenever it comes time for me to do it, it feels so final. It feels like you’re signing off, and I’m not signing off,” she continued. “I feel like I’m a very, very healthy human being. It’s hard to wrap up your affairs when you feel like you’re going to live another 10 or 15 years.”

She’s also continuing to fight. “It’s like anybody with Stage IV faces this sort of thing, where others want to put you out to pasture,” she shared. “I’m not ready for pasture. I’ve got a lot of life in me.”

To read her full interview, head on over to Elle.