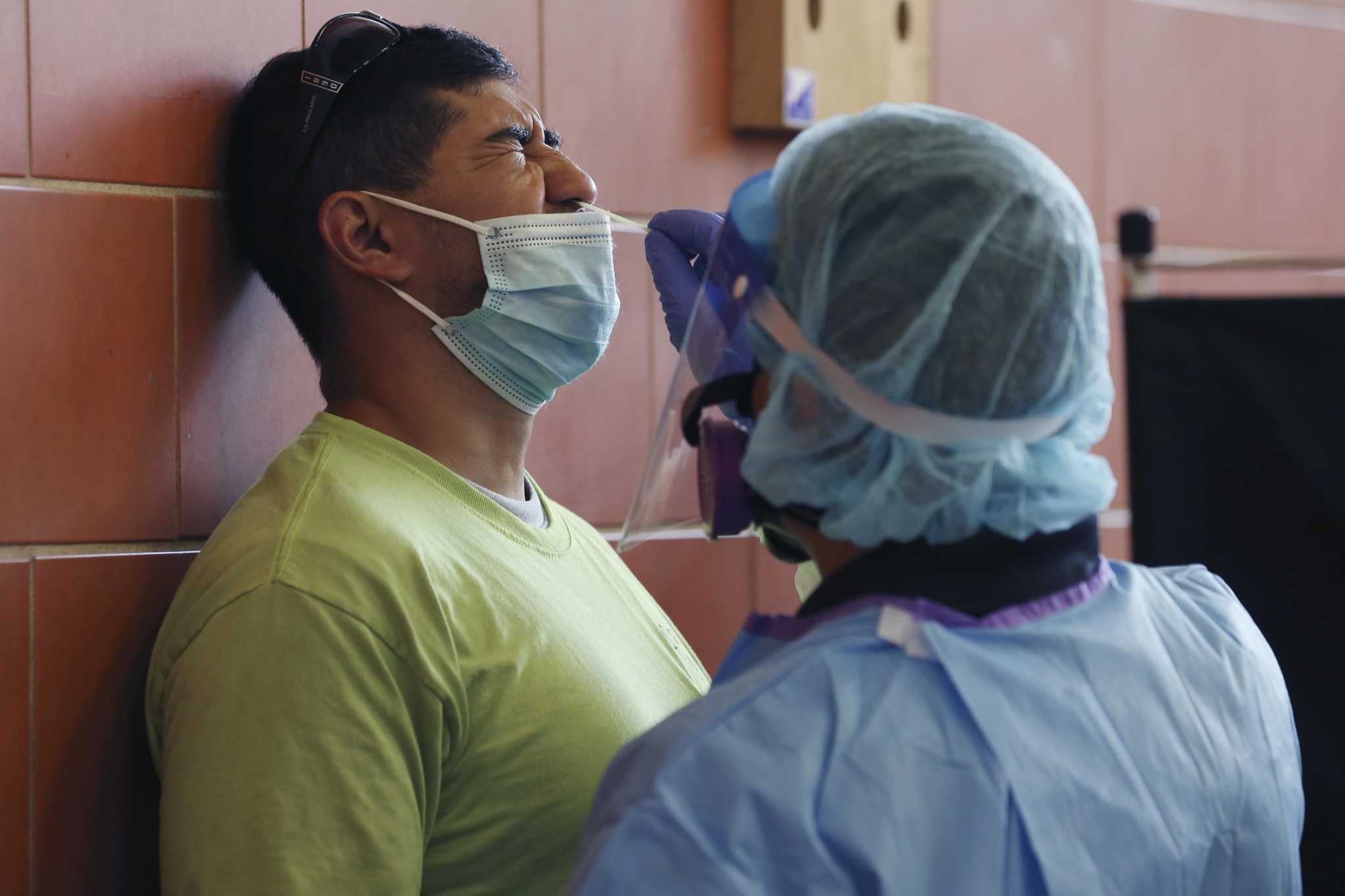 Within a day of releasing numbers of coronavirus cases for school district across Texas, a first since the pandemic began, the state health department pulled the data from its website after discovering “issues.”

Assistant City Manager Colleen Bridger said Friday that the city of San Antonio is relying on its own verified data to understand the virus’s grip on area schools.

The Metropolitan Health District on Thursday reported 52 confirmed cases of the coronavirus in Bexar County schools — roughly 35 percent fewer cases than the Texas Department of State Health Services listed before pulling the numbers.

“We just make sure that we know for a fact that this student did get a positive lab test result and that they are in the school so that what we are reporting is what we are most worried about,” Bridger said.

The case numbers reported on the state website were supposed to be reported directly to the Texas Education Agency by school districts. The state health department did not return a request for comment about the discrepancies Friday evening.

Bridger said the discrepancy is similar to differences between the state and local death counts: As of Friday, the state was reporting 1,271 deaths in Bexar County, while Metro Health had a total of just 1,073.

San Antonio officials have said the state overestimates the death count because death certificates can sometimes include an address for where the person died, not the county in which they lived, and sometimes lists COVID-19 as a cause of death when no test was administered. Metro Health is currently investigating 198 deaths counted by the state.

Bridger said the state doesn’t verify data that it reports from other agencies, such as the TEA — it just serves as a “warehouse for data,” she said.

San Antonio officials reported that the number of coronavirus cases countywide rose by 224 Friday, bringing the county’s total since the start of the pandemic to 54,195.

“Everybody out there is still doing a great job,” said County Judge Nelson Wolff. “We just got to keep it up and make sure we’re doing the fundamentals: the masks, the social distancing, sanitation.”

The strain on San Antonio-area hospitals remained relatively steady Friday, with 225 patients with COVID-19 hospitalized, down six from the day before. Twenty-six of the patients being treated were admitted within the past day.

Of those hospitalized, 83 were in intensive care units, and 34 needed ventilators to breathe. That’s down from 87 and 36, respectively, from the day before.

Officials are urging residents to get their flu shots so hospitals aren’t overwhelmed by COVID-19 and flu patients at the same time.

On Saturday Oct. 3, the city and the University of the Incarnate Word Cardinal Clinic are holding a drive-thru vaccination event at 7615 Kennedy Hill Drive, according to the city. Up to 200 people will be able to receive free flu shots, but they must register first by calling 210-643-3266 or visiting this website.