The San Francisco-Marin Food Bank, one of the Bay Area’s most prominent hunger relief nonprofits, was thrust into the spotlight this year, as long lines formed at food pantries and the need for food swelled. But behind the scenes, there’s been a yearlong battle going on after workers voted to unionize — something they finalized just recently. After simmering discontent about institutional racism and lack of worker protections, the food bank and its staff have agreed on a new contract.

With Office and Professional Employees International Union Local 29, employees now have more job protections, guaranteed raises and better benefits, which they hope will make the food bank feel like a more equitable place to work as they continue to feed 60,000 households weekly.

“After the firemen, police and other first responders during a crisis, food bankers come in and make sure the community is being fed,” said Abel Murillo, business intelligence developer at the food bank. “We take so much pride in that work, and we take that responsibility very, very seriously. We knew that our success in the community depended on us having a workplace that has the gears well-oiled.”

“There is a lot of real buy-in to the mission of the organization, and sometimes that presents a dynamic where people are not inclined to advocate for their needs, their rights, their wages because they’re so invested,” she said.

The new contract includes a 3% guaranteed wage increase for the food bank’s 140 workers in the next three years — previously, some received as little as a 5-cent-per-hour raise, according to the union. The food bank will also cover a greater percentage of health insurance premiums, most notably for dependents. An added floating holiday allows the food bank’s employees to celebrate Juneteenth, Lunar New Year or another holiday of their choosing.

A spokesperson for the food bank praised the ratified contract.

“We believe it is a fair and equitable agreement, reflecting the constructive approach taken by all representatives at the bargaining table,” she said in a statement. “We look forward to moving together positively as we remain focused on our mission to end hunger in San Francisco and Marin.” 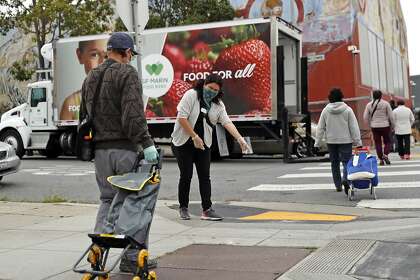 Food bank employees are feeling optimistic, but they haven’t forgotten the tumultuous months that drove them to unionize.

Former employees pointed to a dramatic and sudden reorganization of the company last summer, with some employees put in more narrow roles or in jobs they didn’t feel equipped to do. Others were left out entirely and felt undervalued.

Morale was already low, and the reorganization contributed to a greater sense that the food bank’s decision making lacked transparency. Some workers felt employees in similar roles earned different salaries or received uneven benefits — workers in certain departments were reimbursed for using their personal cell phones for work, for example, but drivers were not.

“There was a sense of a lot of turnover, a lot of dissatisfaction, people feeling very frustrated and leaving and feeling like they didn’t have any power to effect change,” said Emily Citraro, a senior allocation coordinator who has been with the food bank for nearly 19 years.

There was also frustration about what some viewed as institutional racism within the food bank. The vast majority of the food bank’s senior leadership staff is white, while most of the food bank’s employees, as well as the individuals they serve, are people of color, according to employees. White executives earn six figures — Executive Director Paul Ash’s salary is about $333,587, according to 2018 tax filings — while some warehouse workers of color earn as little as $17 an hour.

“There’s something happening in this country with workers standing up,” Naylor said. “It’s about having a public discourse, looking at predominantly Black, brown, POC organizations led by white staffs making double, triple, quintuple what they’re making.” 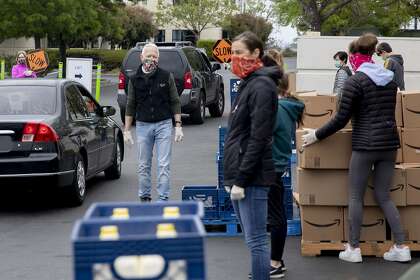 Equity issues seeped into the food bank’s services, too. Two former employees said they felt brushed off by management when they would suggest ideas to better serve Black and Latino people. This notion was emphasized in an email that former employee Nykki Jones sent to the whole staff upon leaving last year, which was one of the biggest catalysts for workers to start organizing.

“Strong leaders must place aside their own temporary discomfort to listen and learn from the communities they seek to serve,” Jones wrote. “Essentially, the message I received was that the impact of institutional racism was not important enough to be a consideration in our work, even though there is plenty of data illustrating how years of institutional racism has led to the disproportionate rates of poverty, hunger and poor health.”

The lead-up to last fall’s union vote included union-busting attempts by the food bank with the hiring of Jackson Lewis, a notorious anti-union law firm, according to Naylor. But after the election, Naylor said, the food bank was largely responsive to the workers.

The food bank declined to comment on workers’ specific concerns about equity, the reorganization and anti-union behavior.

Beyond the new contract, another source of hope for food bank workers is a revamped Diversity, Equity and Inclusion committee. Marchon Tatmon, the food bank’s government affairs manager, said he quickly saw the disconnect between employees and senior management when he joined the committee, and that it functioned as a place to talk about issues without the ability to do anything about them. Now, there’s an outside consultant in place to empower it.

“We really do want the best for the food bank,” Citraro said. “We want to make it stronger and more efficient and serve the public better — and the need is so great.”