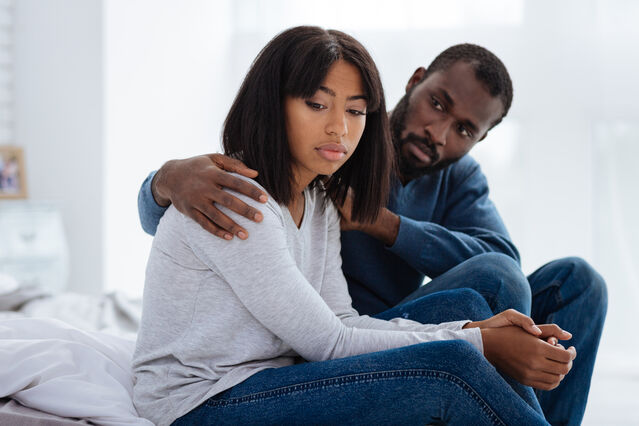 In 2020, the wounds of racism have been publicly opened, again and again, reminding those of us who are privileged that people who experience racism don’t get to look away or forget. Knowing that there is still much to learn, it’s vital we discuss racism and mental health, specifically surrounding the Black and African American experience. Let’s start with the groundwork: How does racism affect Black and African American mental health?

Racism is detrimental to mental health

This one is pretty obvious. After all, racism is the sum of ways that society discriminates and commits violence against Black people. It withholds justice, fairness, and resources. It demeans and gaslights.

But, beyond our intuitive knowledge of racism and its effects, there’s research to support racism’s traumatic trappings. A 2018 briefing paper by the Synergi Collaborative Center introduced the existing research well. In brief, experiencing racism makes a person more likely to have depression, psychosis, and substance misuse.

When you dig in, some interesting patterns are presented. In 2015, a group of British researchers pooled data from almost 300 studies into one mega-study. They found that experiencing racism is associated with poorer physical and mental health. The negative effect on mental health (including depression, anxiety, and psychological stress) was especially strong.

The hold racism has on mental health begins early in life. For kids and adolescents, experiencing racism comes with more depressive symptoms, lower self-esteem, and more displays of “bad behavior.” Even when kids don’t directly experience racism, their parents’ experience of discrimination makes the kids more likely to have anxiety and depression. In teens, over a hundred studies have found that experiencing racism is significantly associated with poorer mental health.

There’s no debate that racism affects mental health. But it is interesting to note how.

How does racism hurt Black and African American mental health?

Scholars on this topic have discussed a number of ways that racism can affect mental health. Here’s a look at five:

Structural racism refers to the large-scale causes that keep Black Americans from getting fair treatment and necessary resources. It affects them where they live, work, and in the criminal justice system. It affects their access to healthcare and overall wellbeing.

Let’s take a closer look at just one example of how structural racism can affect one of the most crucial ingredients for mental health—sleep. Sleep is extremely important for good mental health. Not getting enough good quality sleep is related to just about every bad mental health outcome.

Black Americans have shorter sleep, less deep sleep, and worse quality sleep. Black men, who have the shortest sleep, get almost one-and-a-half fewer hours of sleep per night than white women. This is in part because  Black Americans are more likely to live in poorer neighborhoods with more noise and light.

It’s no surprise that racism is extremely stressful. The nature of racism is that even if you do everything right, you may not get what you’ve earned. You may earn a higher degree and become a CEO, but if you’re Black, people may still often assume you’re the receptionist. Your child may be bright, polite, and friendly, but if she’s Black, her teacher may still perceive her as a slow learner because of systemic bias. You may put your empty hands up to show that you’re not a threat and still be a victim of brutality.

And it’s not only each individual racist encounter that causes stress. When the effort-reward connection is shattered time and again, a person begins to lose their sense of control over their life and fate.

Think of it this way: If you work very hard, respect authority, and treat others well, you will live a decent life and be respected by others, right? What if you constantly try, but somehow, you never get that sense of safety and respect? This feeling of powerlessness has been linked over and over again to depression.

3. Racism changes the way you see yourself

Sadly, repeated encounters of racism may make a person begin to believe racial stereotypes about themselves. Even without consciously realizing it, you begin to absorb the idea, and it affects your sense of self.

This process is called internalization. For marginalized people, internalizing society’s negative attitudes about them creates stress and lowers self-esteem while allowing for feelings of shame and humiliation to take root.

4. Racial trauma can be passed down through the generations

Slavery was, and racism continues to be, a chronic form of trauma. And trauma can be biologically transmitted across generations through a process scientists call epigenetics. Epigenetics boils down to environments and experiences “getting under the skin” by changing the way our genes are expressed and passed on.

For example, research has shown that trauma survivors’ children have altered flight-or-flight systems in their brains, similar to people who have PTSD. This makes these children more vulnerable to developing anxiety or trauma-related disorders themselves. This is part of why Black veterans are more likely to have PTSD than their white counterparts who served in the same wars.

Once they’re born, Black children continue to inherit racial trauma by experiencing vicarious racism. When they witness someone like them being victims of discrimination or violence, they feel emotional pain for what their caregivers and role models are going through. They, at far too young an age, have to make sense of injustice in the world.

According to the American Psychiatric Association, only one in three African Americans who need mental healthcare receives it. One barrier is Black Americans’ understandable fear of double discrimination. There is unfortunately still much stigma surrounding mental illness. If society is already prejudiced against you for the color of your skin, how would it act towards you when you say you also have a need for mental healthcare?

This fear of stigma and discrimination is justifiable. Black Americans are more likely to be misdiagnosed with schizophrenia than their white peers with the same symptoms, which means they’re more likely to get the wrong treatment. This is in part because many providers are not well-trained in evaluating symptoms in the context of different cultural expressions, and in part because physicians tend to listen less and talk more when their patient is Black. Even after being diagnosed, Black Americans are less likely than their white peers to receive evidence-based and guideline-consistent care.

Furthermore, searching for a therapist is overwhelming for anyone, but when no providers look like you, it can be extra discouraging. Even if a non-Black therapist is well-trained and well-meaning, a Black patient may wonder if this therapist will really be able to connect with them and their experiences. 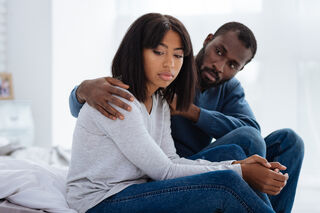 People have been paying more attention to Black mental health, and some leaders in the field have been establishing initiatives to help. For example, Dr. Joy Harden Bradford, a licensed psychologist and popular speaker, has started a movement called Therapy For Black Girls. This is the name of her fantastic podcast, as well as the online space she has created to host resources and a community to promote the mental wellness of Black women and girls.

Where do we go from here?

It can easily feel discouraging to see how many monumental weights Black Americans carry in their work of cultivating mental health. Many of us non-Black people, especially those in positions of privilege, take certain things for granted—that there are therapists who will listen, that we have access to the basic ingredients for mental health, like the opportunity to sleep, and that the way we see ourselves and teach our kids to see the world is not colored by centuries of ongoing prejudice.

If your heart is broken, I won’t tell you to stop feeling sad. If you’re angry, I won’t tell you that you shouldn’t be furious. If you experience racism, you have a right to the catharsis that strong emotions can offer. If you don’t experience racism, let your emotions propel you to do better, to learn more. If you want to learn more about racism and mental health, check out my articles on buffering against the toxic effects of racism and becoming less defensive about racism.

A version of this post, titled “How Does Racism Affect Black Mental Health?,” originally appeared on Quick and Dirty Tips.