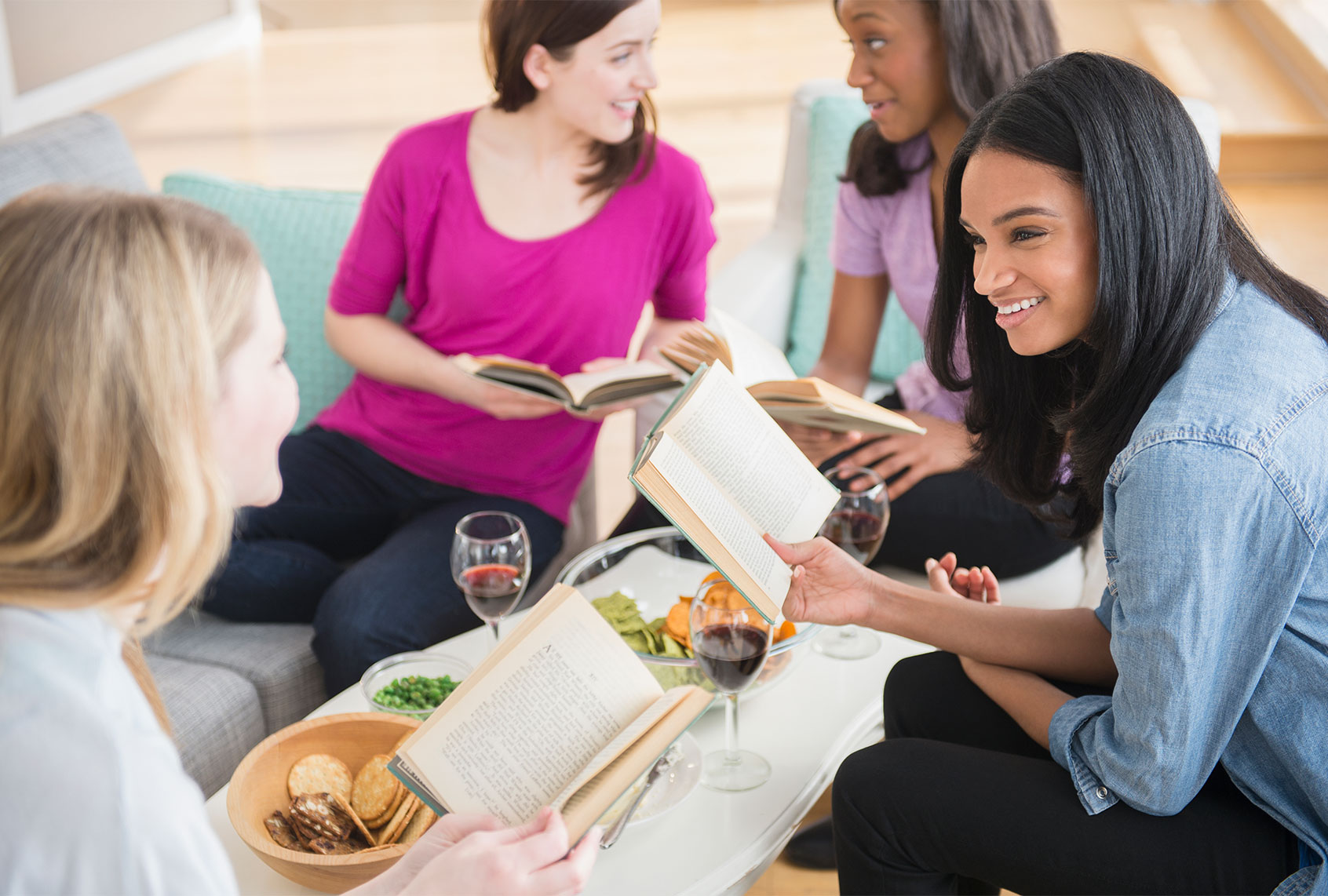 It’s September of 2020, which I am now calling “the Plague Year.” Not only do we have the coronavirus, the election looming over us, injustices in our systems emphasized on video on Twitter and protests in the streets, but we are dealing with the enforced confinement that a highly contagious virus requires — you still can’t hug a friend or fly across the country to see your families. On top of this, our Seattle September began with blinding, choking wildfire smoke from every direction, which sat on top of us for weeks. During that time, I broke a tooth, struggled with insomnia, and experienced nightmares. I checked in with a mental health professional, who diagnosed “stress, anxiety, and PSTD.” No kidding!

This year, and I am sure this is the case for many others, reading has become more important to my mental health than ever. I mainly write poetry, and published a book of apocalypse poetry in 2016, but my reading this year — fiction, non-fiction, and poetry — has focused on survival, disaster, and things I hoped would help me build resilience, compassion, and empathy. It became more than a hobby; it became a lifeline.

I have a primary immune deficiency and multiple sclerosis, which meant that more than most people, I was going to have to stay in and rely on, in the words of John Berryman in “Dreamsong 14: Life, Friends is Boring”—my own inner resources. Shudder.

I’m sure I am not the only one to turn to the poetry of Emily Dickinson, perhaps the patron saint of isolated writers, but during the last eight months, I’ve also looked to her letters (“Selected Letters,” edited by Thomas H. Johnson). How did she survive in a society and with a family hostile to intellectual behavior from a woman during a time of unimaginable upheaval, during the Civil War, and much death by many diseases — smallpox and scarlet fever were still prominent killers in the 1860s, when they were barely aware yet of germ theory? Of course, death permeated every poem she wrote. Did Emily really have agoraphobia, as some have suggested, or was she merely being prudent/prophetic in an age when many people died in childhood of strep or flu? Her insistence on staying in her home, from my perspective, seems like a form of survivalism.

Another book, recommended by my younger brother, proved to be much more uplifting than the title suggested: Rebecca Solnit’s “A Paradise Built in Hell,” which tells the story of multiple disasters in the recent American past, and how the human characters in those terrible stories managed somehow to not only survive, but often to perform amazing acts of heroism and kindness in the midst of chaos and terror. The book infused me with feelings of hope and resilience. (And the bonus — I didn’t even know my little brother was a Solnit fan!)

In an effort to build perspective and foster closeness with my mother, who lives miles away in Ohio who I can’t visit in person, we started a two-person book club, beginning with a trio of Joan Didion books: “The White Album,” “The Book of Common Prayer,” and “The Year of Magical Thinking.” Joan Didion, who recently passed away, is considered a founder of the creative non-fiction/personal essay genre, but my mother and I, both having studied journalism in college, had never been assigned her work. Didion’s obsessions with death, apocalypse, and separation between family members, especially mothers and daughters, created a fitting backdrop for discussions about racial unrest in the ’70s versus now, and the way that many then imagined the end of the world was truly nigh. I discovered in “The White Album” that Didion had been diagnosed in midlife (as I was) with multiple sclerosis. Didion famously interviewed one of the Manson girl murderers while she was awaiting trial; she also depicted drug-addled toddlers in California. No wonder she had anxieties about where her culture was heading. My mother’s perspective about the unease of the ’70s, captured in “The Book of Common Prayer “and “The White Album,” has helped me realize how and why America might still be struggling with some of the same issues.

To understand an apocalyptic dystopia, which you might argue we are now facing — climate change, coronavirus, villains in politics, violent police conflicts and ever-growing protest groups, class and race differences showing up in everything from COVID-19 death rates to educational challenges for children —I wanted to read more about other imagined apocalypses. Margaret Atwood, who appeared virtually earlier this month with the Seattle Arts and Lectures series in an interview with Cheryl Strayed via Zoom, had inspiring words. Strayed asked Atwood, who admitted to having a pronounced dark side, if there was any reason for optimism. “The future is not written yet,” she replied. At another public reading in Seattle years ago, she was asked for advice about the apocalypse: “Always carry cash,” she quipped. Atwood’s book recommendations included Ursula Le Guin’s excellent essays and Klaus Mann’s “Mephisto.” I would also add Atwood’s “Wilderness Tips.”

Rereading her very popular “Handmaid’s Tale” today — it was published when I was twelve years old — is soberingly prescient about an imagined future where America, having been (perhaps?) attacked by terrorists, is taken over by right-wing, white Christian politicians who return women by force to “their place” in the home in violent, sadistic ways. (Look to our new Supreme Court nominee Amy Barrett and her Catholic cult “People of Praise” which includes “handmaids!)  Atwood’s new follow-up book, “The Testaments,” a wittier visit to her dystopia from the perspective of multiple narrators, including a villain from the previous book, is surprisingly optimistic, a sign of Atwood’s own more hopeful perspective as she has grown older, but still examines questions of surviving trauma and oppression.

I had similar thoughts reading Octavia Butler’s science fiction classic, “The Parable of the Sower.” Butler, who suffered from mild dyslexia as a child as I did, and relocated, as I did, in mid-life to the same county in Washington State, has always felt important to me. Butler correctly predicted many of our current issues. Her “Parable of the Sower” from 1993 focuses on problems ripped from California’s current headlines: global warming, fires, disappearing water supplies, homelessness, gated communities protected by citizens brandishing guns, literacy issues among the young. Her young, empathetic narrator forced from her gated community to the unruly streets to find allies, in a heroic arc that also inspires, planting seeds, using empathy to build unlikely connections. The oppressive sense of suffering all around her – as oppressive as wildfire smoke – spurs her to become a leader, taking action in what appears to be hopeless circumstances. It serves as a timely reminder for us to take action to reduce suffering in the world. And carry some seeds in our pockets as we go.

Siri Hustvedt, whose work I fell in love with her masterwork on gender in the art world, “The Blazing World,” thoughtfully navigates her own neurological issues in “The Shaking Woman, or the History of My Nerves.” Her study of the effects of trauma on children in the novel “Sorrows of an American” – specifically, a family history of neurological responses to traumatic events, including a child suffering PSTD after witnessing 9/11 from her window. Since I suffer from neurological effects of MS particularly when I’m under stress, her perspectives helped me realize I’m not alone.

Yoko Ogawa’s brilliantly chilling “Memory Police” imagines a dystopia in which a totalitarian government censors people’s memories as things themselves mysteriously disappear: birdsong, perfume, books, people. In a world where everything is taken away, what loss is the most important?

Other apocalypse-oriented books that provided me with inspiration this year included Ilya Kaminsky’s “Deaf Republic,” about an oppressive government using police to disappear dissenters and the protestors who are murdered in the street who develop a secret sign language to communicate around unfriendly security forces. It’s clear that Kaminsky is drawing parallels not only to Russian’s oppression of the Ukraine (where Kaminsky was born) but our current American political culture. Jericho Brown highlights American cultural oppression in “The Tradition,” in which complicated god figures might save or violate you, where illness and violence continually threaten the speaker’s body, and where family, faith and country are sources of fear as much as love. Matthea Harvey’s “Modern Life,” forecasts police militarized against citizens, controlled speech, and my favorite, sentient child robots (not quite there yet, but probably around the corner). Her poems combine humor with horror in a particularly effective way for today’s readers. Lesley Wheeler’s “The State She’s In” directly addresses the anxieties of our present state, environmental, political, and social. Poetry, I think, provides a singular kind of respite from the stress of the depressing news cycle, isolation, anxiety and rage, by putting the reader into almost automatically mindful state, considering image and emotion, forced to slow down to notice the beauty and brutality of language.

So, can reading really address the state of anger, despair, and confusion so many of us are in? I can only say that books (along with gardening, cats, chocolate, and phone calls with friends) definitely helped me hold on to not only sanity and hope, but also serve as a reminder of why we continue to act to address injustice instead of just saying “that’s the way it’s always been.” Reading also provided a useful context to talk with family and friends who were also experiencing anxiety about politics, race, class, and fear of illness and death. Discussing books — even on social media — seems safer and more enjoyable than merely doomscrolling or rehashing whatever the day’s traumatic news cycle had revealed.

My next two reads are non-fiction: a biography of Jack London’s wife, “Charmian Kittredge London: Trailblazer, Author, Adventurer” (sounds inspiring, doesn’t it?) by Iris Dunkle, and “World of Wonders: In Praise of Fireflies, Whale Sharks, and Other Astonishments,” by Aimee Nezhukumatathil. Will you join me? At worst, it might distract you from your troubles—at best, they might inspire us both to live more meaningfully in our time of crisis.