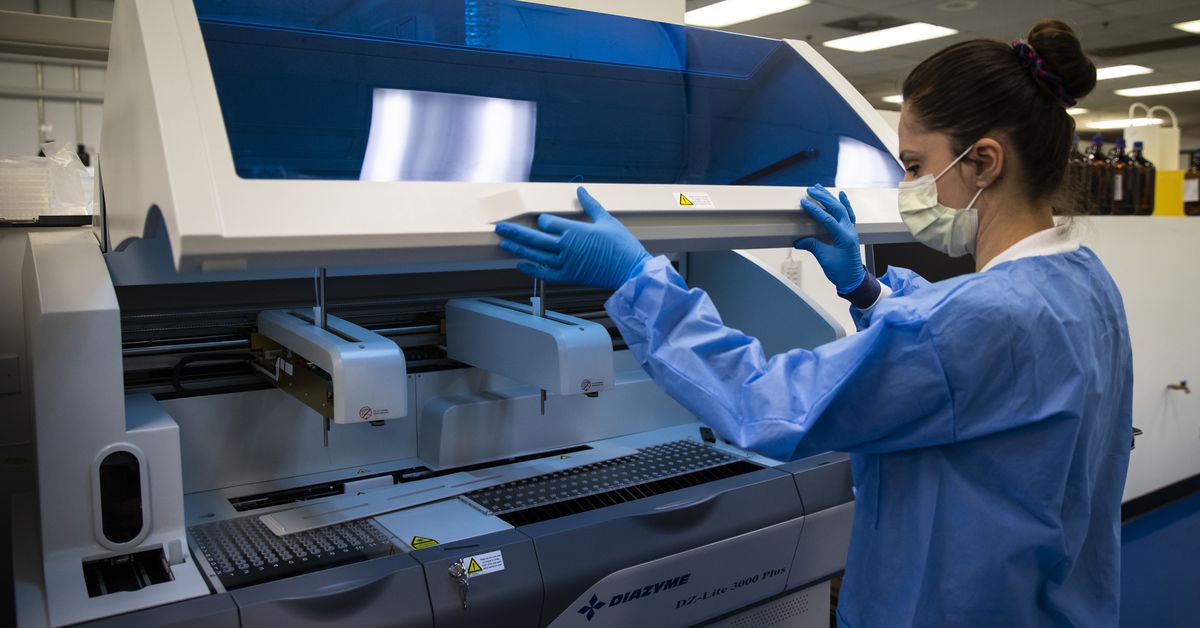 Illinois’ positivity rate creeps back up to 4% with latest 2,905 coronavirus infections

Illinois’ average coronavirus testing positivity rate rose to 4% for the first time in a month on Saturday as public health officials announced 2,905 more people have contracted the virus statewide.

The Illinois Department of Public Health also reported 31 more deaths were attributed to COVID-19, raising the state’s death toll to 8,975.

Illinois has recorded some of its highest daily case totals of the entire seven-month pandemic over the last week, due mostly to the fact that more people are being tested per day.

The latest cases were confirmed among 66,256 tests, while on average more than 55,000 tests have been administered daily statewide over the last month — almost triple the testing rate during the worst days of the pandemic in May.

Despite coach Matt Nagy harping on his players to wear masks and the NFL ratcheting up its coronavirus protocols with each passing week, it was foolish to believe the Bears could get through the regular season without at least one positive test.

The question now becomes: will he be the only one?

The future of the Belmont Snack Shop is up in the air after a fierce fire engulfed the late-night diner and left behind only charred remnants of the Avondale staple.

Restaurant manager Nelson Rodriguez and his wife, who live in an apartment above the diner near Belmont and Kimball, were cooking dinner Thursday night around 7:50 p.m. when they spotted smoke rising outside their window.

Rodriguez bolted downstairs to try to put out the grease fire, but he was too late.

After evacuating the restaurant, Rodriguez stood beside his wife watching the blaze and smoke destroy the diner that has been in his family for two generations.

WASHINGTON — President Donald Trump on Saturday made his first public appearance since returning to the White House after being treated for the coronavirus. The White House has refused to declare that he is no longer contagious, and the gathering of hundreds of people on the South Lawn went ahead despite the guidance of public health officials.

Trump delivered an address on his support for law enforcement from Blue Room balcony to a friendly crowd. The president wore a mask as he walked for the speech but took it off to make his remarks. He received an enthusiastic response from his supporters.

“I’m feeling great,” said Trump, who said he was thankful for their good wishes and prayers as he recovered.

Trump is also priming for a Florida rally on Monday.

Before the speech, White House officials said they had no information to release on whether the president was tested for COVID-19, meaning he would make his first public appearance without the White House verifying that he’s no longer contagious.

They were diagnosed among 71,599 tests submitted, raising the statewide average positivity rate over the last week to 3.8%. That number indicates how rapidly the virus is spreading — and that’s as high as it’s been in almost a month.

Gov. J.B. Pritzker warned this week that the state’s improvement from a midsummer resurgence has “cooled down.”

And while over the last few months, the state’s COVID-19 problem areas have popped up well beyond the Chicago area — mostly in central Illinois and downstate — the Democratic governor’s health team singled out north suburban Lake County for being among 26 counties considered to be at a coronavirus “warning level.”

A Bears practice squad player tested positive for coronavirus, according to ESPN’s Adam Schefter, and the team is is putting him through contact tracing.

Practice squad players are not allowed on the sidelines during games, which means the unnamed practice squad player probably did not have meaningful contact with his teammates on the active roster Thursday night. The Bears did not gather as a team at Halas Hall on Friday, either.

Their schedule after the Buccaneers game had already featured a weekend off before the report of a positive test. They won’t practice again in full until mid-afternoon Monday. They are not set to practice Tuesday — a regular day off in their game-week schedule — and will practice Wednesday-Friday, as usual.

10:23 a.m. Men accused in plot on Michigan governor among armed protestors who rallied at the Michigan Capitol

LANSING, Mich. — Among the armed protesters who rallied at the Michigan Capitol against Gov. Gretchen Whitmer’s coronavirus lockdown this past spring were some of the men now accused in stunning plots to kidnap her, storm the Capitol and start a “civil war.”

The revelation has sparked scrutiny of rallies that were organized by conservative groups opposed to the Democratic governor’s orders and egged on by President Donald Trump. It has also prompted renewed calls from Democrats for a gun ban in the building — an effort that so far has failed even after they reported feeling threatened by rifle-carrying men who entered the Statehouse.

At least one man accused of aiding in the surveillance of Whitmer’s home as part of the alleged scheme to kidnap her stood in the Senate gallery on April 30 as majority Republicans refused to extend an emergency declaration that was the underpinning of Whitmer’s stay-at-home and other restrictions aimed at slowing the spread of the COVID-19 virus. Some lawmakers and staffers reported feeling intimidated. “Several” of the 13 men arrested in the plots against the state government were seen at Capitol protests this year, the state attorney general’s office said.

More than 1,000 school employees in west suburban Cicero have been told to go back to their classrooms later this month even though the town’s COVID-19 test positivity rate ranks among the highest in the state.

Cicero Public School District 99, the third-largest elementary system in Illinois, serves more than 11,270 students who have been learning remotely — and will continue to do so for the foreseeable future — since the district’s 16 schools started classes August 31.

Teachers object to the Oct. 19 return date mandated by the district and want to continue teaching from home. Rachel Esposito, president of the Cicero Council of the West Suburban Teachers Union, said the union’s stance is in-person teaching and learning shouldn’t resume until at least January due to the coronavirus pandemic.

“The infection rate is way too high to start bringing people into the buildings,” said Esposito, who teaches English language arts at Unity Junior High School.

“We feel it’s unsafe not only for staff members but for students as well. And we feel that the positivity rate has to drop several percentage points and stay there at least for seven days before we start talking about bringing people back into the buildings. We think it’s irresponsible to do that at this time.”

Downstate Rep. Mike Bost announced Friday he’s tested positive for COVID-19 after coming down with “a mild cough and a rapid loss of both taste and smell.”

The Republican congressman said in a statement that his public schedule is on hold and his meetings will go virtual as he isolates at home just a few weeks ahead of Election Day.

“We are taking this situation seriously and will continue to serve the people of Southern Illinois while doing our best to ensure their health and safety,” Bost said. “I will provide additional updates in the days ahead and am anxious to get back to work as soon as I make a full recovery.”

7:26 a.m. Take it from the best of American medicine: Donald Trump must go

It is rare for scientists at the highest levels to take an overt stand on the politics of the day, knowing their professional credibility depends on remaining above the fray.

Dr. Anthony Fauci, most famously, is a case in point. Fauci, the federal government’s top immunologist, has given his best expert advice on the COVID-19 pandemic while resisting the temptation — and he must feel tempted — to call out the failures of the Trump administration’s handling of the crisis.

When an authority of such stature does take a political stand, then, it carries all the more weight. We all should listen closely.