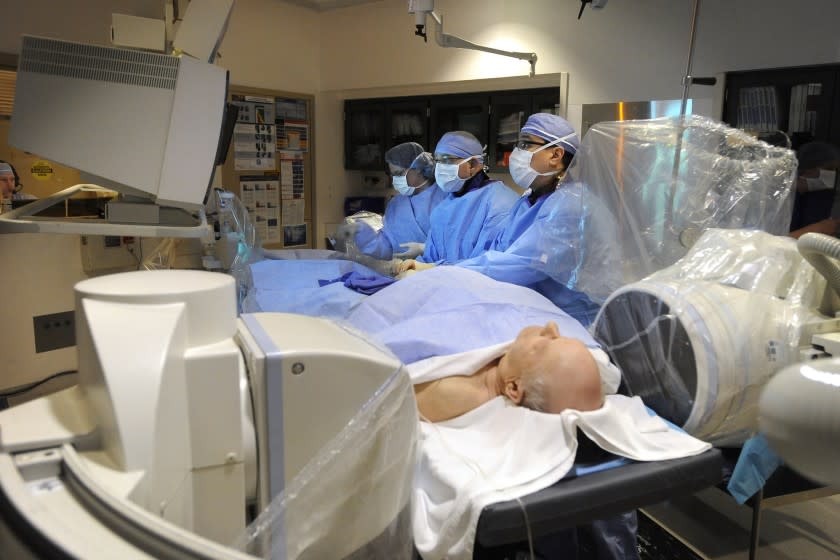 U.S. employers, battered by rising hospital and pharmaceutical prices, are increasingly open to a bigger government role in healthcare, including regulating prices and expanding Medicare to more working Americans.

In one recent survey, more than three-quarters of responding employers said government regulation of drug prices and hospital rates would be “very helpful” or “somewhat helpful.”

About half said a “Medicare public option” — usually understood to mean expanding eligibility for the large government health plan to younger Americans — would be helpful, according to the survey by the National Alliance of Healthcare Purchaser Coalitions, which represents employers that provide health benefits to their workers. That’s up from about 4 in 10 employers who responded to last year’s survey.

The survey of 165 employers across the country was not a scientific poll. And many employers, particularly large, publicly traded companies, remain leery of publicly embracing more robust government interventions in healthcare.

Even so, the findings reflect a real shift in how many companies are looking at healthcare policy as frustration mounts with the prices that drug companies, hospitals and other medical providers are demanding, say officials who work with large employers.

“There is a significant difference in what employers are prepared to support,” said Elizabeth Mitchell, president of the Pacific Business Group on Health, a consortium of large companies including Boeing, Safeway, Walmart and Wells Fargo.

Many companies, which once looked to market forces to keep costs in check, have watched with alarm as hospitals have consolidated around the country and raised prices, which in turn has pushed up insurance premiums and out-of-pocket costs for employees. These companies are also extremely worried about the high cost of pharmaceuticals, with 90% in the National Alliance survey saying drug prices represent a “significant threat” to the affordability of employer-provided health coverage.

Job-based benefits remain the largest source of health coverage in the United States, with about half of Americans on a health plan provided through work.

“While the law was great for patients, and many employers supported the new protections, it caused a lot of work for employers,” said Thomas Sondergeld, who formerly oversaw health benefits for pharmacy giant Walgreen Co.

However, the shift in employer attitudes could bolster legislative efforts in Washington to restrict drug prices and create a Medicare public option, a top policy goal for Democrats eager to expand on the protections of the 2010 law.

Former Vice President Joe Biden, the Democratic presidential nominee, has made a public option a cornerstone of his healthcare platform, arguing it could help millions of Americans who don’t qualify for other government coverage or can’t afford commercial insurance.

Mitchell at the Pacific Business Group on Health noted that a public option may not appear as threatening to employers as it once did. “A public option insures people who need coverage,” she said.