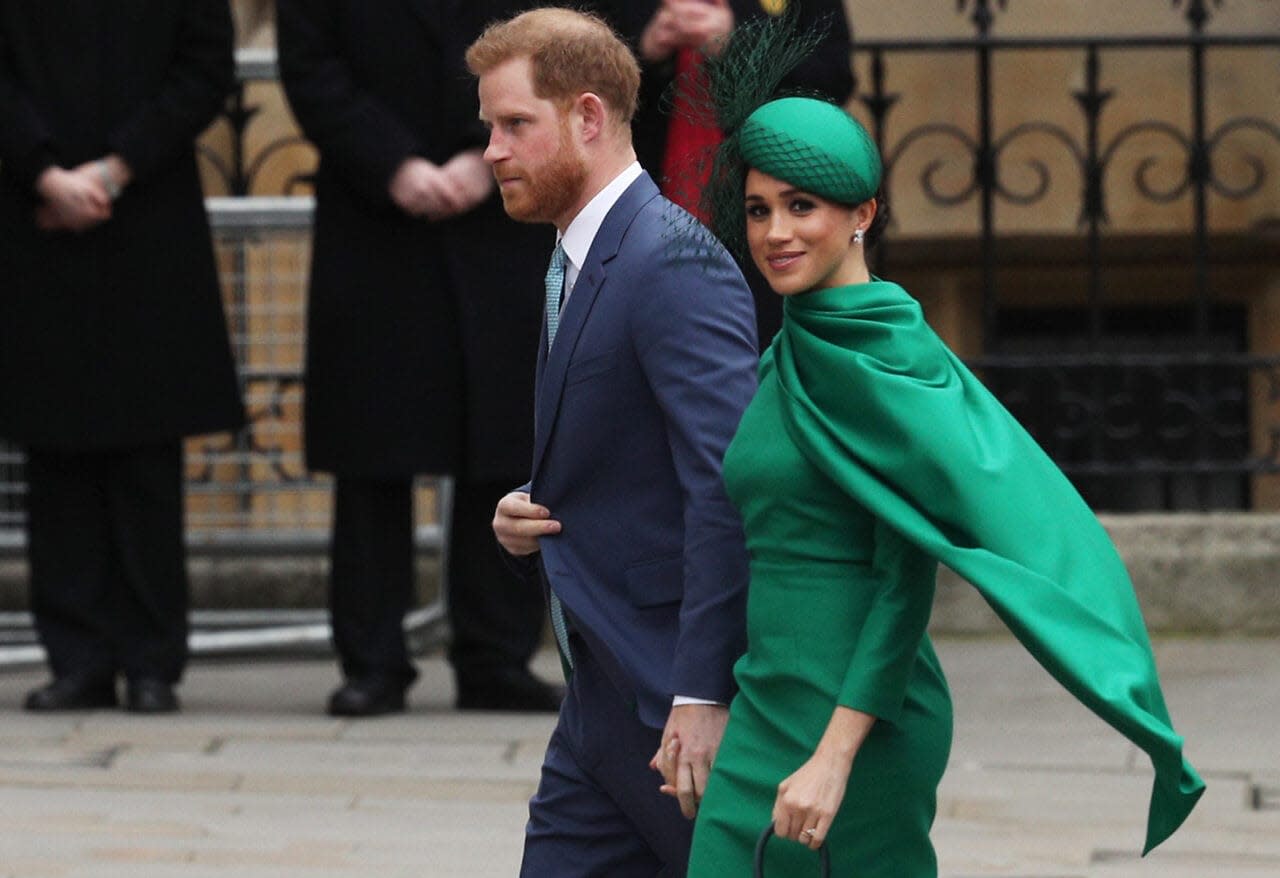 It looks like Prince Harry and Meghan Markle are the latest A-listers set to make their podcast debut, and they picked a very special day to do it.

According to a report from Hello! magazine, this weekend on World Mental Health Day, the duo will be appearing on The Teenager Therapy podcast which describes itself as “Five stressed, sleep deprived, yet energetic teens” who “sit down and talk about the struggles that come with being a teenager.”

Their plan is to talk with the teens about “removing the stigma” around mental health issues and treatment, while unpacking “how we can all contribute to a healthier world: physically, mentally, emotionally and holistically.”

The Duke, 36, and Duchess of Sussex, 39, discovered the podcast after reading a New York Times profile of the teenagers in July, and recorded their special episode this week in their new hometown of Montecito, with all the participants wearing masks during the recording.

Markle previously wrote about her love of meditation on her old lifestyle blog The Tig before she married Prince Harry. So in a full circle moment, she and Harry led the teen through deep breath exercises to help calm their nerves.

October is Black History Month in the U.K. and to mark the occasion, the former senior royals also sat down for a powerful new interview where they denounced “structural racism” around the world while applauding the efforts of Black Lives Matter to push the needle.

In the time they’ve lived in the states, like countless others, the young parents have been inspired by the death of George Floyd to become vocal supporters of Black Lives Matter and the protests for racial equality currently taking place.