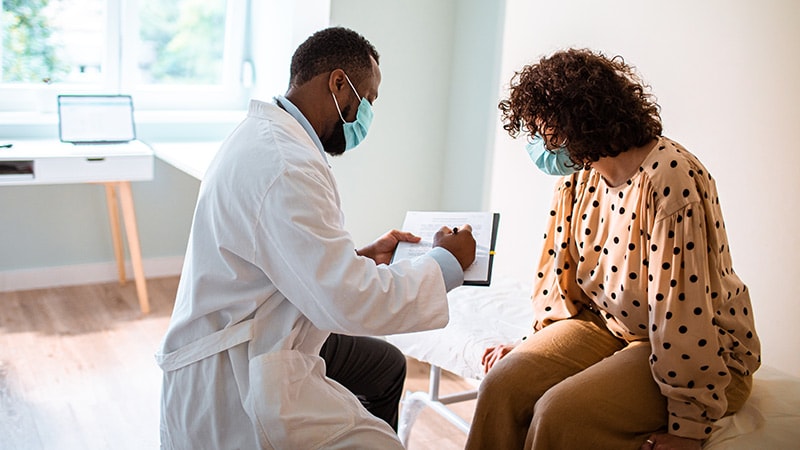 Primary care is not bouncing back to its pre-pandemic status, according to a new survey published by the Primary Care Collaborative (PCC) and Larry A. Green Center.

Since mid-March these organizations have issued short weekly and biweekly surveys to US primary care physicians in an attempt to find the pulse of the county’s first line of care. “There is not a federal office for primary care, and it’s been anemically funded for decades,” Rebecca Etz, PhD, told Medscape Medical News. Yet these clinics represent the front lines of US healthcare, and it’s where most Americans go for care and COVID-19 care, said Etz, director of the Virginia-based Larry A. Green Center, which is devoted to primary care research, development, and advocacy.

The latest survey responses, collected between September 4 to 6, confirm what researchers had suspected: primary care isn’t on solid footing. Eighty-one percent of respondents disagreed emphatically that primary care has bounced back and another 13% said things were better than earlier this year but not normal.

Meanwhile, 35% of respondents said that revenue and pay are significantly lower than they were before the pandemic and net losses threaten their practices’ viability. Almost half (49%) said their mental exhaustion from work was at an all-time high.

“Because of how our system is set up — it’s a fee-for-service model — the more patients you see, the more money you get,” said Yalda Jabbarpour, MD, medical director at the Graham Center, a leading think tank on family medicine and health care policy. But the stay at home order, aversion to telehealth, and fear of in-person visits have been keeping patients away —  and driving primary care revenue down. Even when practices transition to and expand their telehealth, payer reimbursement is not yet on parity with in-person visits.

Right now, primary care physicians are doing fewer procedures and spending more time on video visits. “So you may have the same overhead and time investment but you’re getting paid a fraction,” Etz said. In August, 50% of primary care physicians reported they were working the same or more hours per week as before the pandemic but for less money, according to an earlier survey from the Green Center and the PCC. That loss of revenue is compounded by the need for expensive PPE and preparation for the upcoming flu season, Etz said.

Over the last 20 weeks or so, the Green Center and PCC together have disseminated weekly (through June) or biweekly surveys to 100 professional organizations. Because there isn’t an entity that represents all of primary care and claims data take years to process, these surveys are intended to get real-time feedback from clinicians who are providing a lot of patient care during the pandemic.

The sample sizes are admittedly small, with the most recent survey including 489 clinicians. Jabbarpour noted, “489 — it’s a good number but you would want more.” Generally, for a great survey response you’d want 20% to 30% of the physician population because then you could assume you’re getting a good mix of geographies, practice sizes, and settings, she said.

Respondents to the most recent survey were from 49 different states; 70% identified their practice as family medicine. One third had between 1 and 3 physicians in their practice and 40% had 10 or more clinicians. “It’s not perfect, but it sounds pretty representative of the primary care workforce,” Jabbarpour continued.

The latest Green Center-PCC survey, published last week, also found that 1 in 5 physicians surveyed said at least one clinician in their practice had opted for early retirement or left practice as a direct result of the pandemic. These declines in clinician staffing come as school reopenings threaten to cause a resurgence of COVID-19 cases and the 2021 flu season could complicate COVID-19 care and testing.

Shortfall Could Cascade to Other Specialties

If primary care doesn’t bounce back, the shortfall could overwhelm the rest of the healthcare system, Jabbarpour said. “If primary care shortages increase, then urgent cares, ERs, and hospitals will become overwhelmed.”

Or public health could suffer as people don’t seek care at all. A study published earlier this summer found that up to 35% of excess deaths during the pandemic were not caused by COVID-19. Instead, they can be attributed to treatable causes, like heart disease, diabetes, and Alzheimers, the researchers concluded. In Etz’s estimation, this high cost is a glimpse of what happens when there isn’t adequate access to primary care.

When asked about the frequency of the PCC/Green Center surveys, Bianca Frogner, PhD, a health economist and deputy director at the University of Washington Primary Care Innovation Lab in Seattle, said it’s unusual to have this regularity. Also, it’s unique in that it offers a constant mix of physicians. “It’s a small sample, but it still gives a voice where there isn’t one.”

Smaller weekly surveys and secondary analysis projects from the Graham Center, an American Academy of Family Physicians affiliated research center, reinforce findings of the Green Center. The Graham Center surveys also found primary care is taking a financial hit, staff is being furloughed, and patient volume is down, according to Jabbarpour, who has been involved in most of the Graham Center’s work on COVID.

Frogner, Etz, and Jabbarpour agree that, as a nation, the United States has chronically underinvested in primary care, and now the system is in crisis. The hope is that the survey data gives policymakers, state leaders, and the federal government a better idea of what’s happening on the ground.

It’s also important for researchers “keeping an eye out for the available supply of primary care for certain populations,” Frogner said. The current conditions are especially a threat to rural and underserved areas, she added.

If primary health care isn’t near recovery that’s a problem for the entire population, Etz said. And what happens if there’s another surge of COVID-19 or even a second pandemic in our lifetime? Her recommendation: treat it like disaster recovery. Step one is “Stop the hemorrhaging — they need immediate cash flow.”