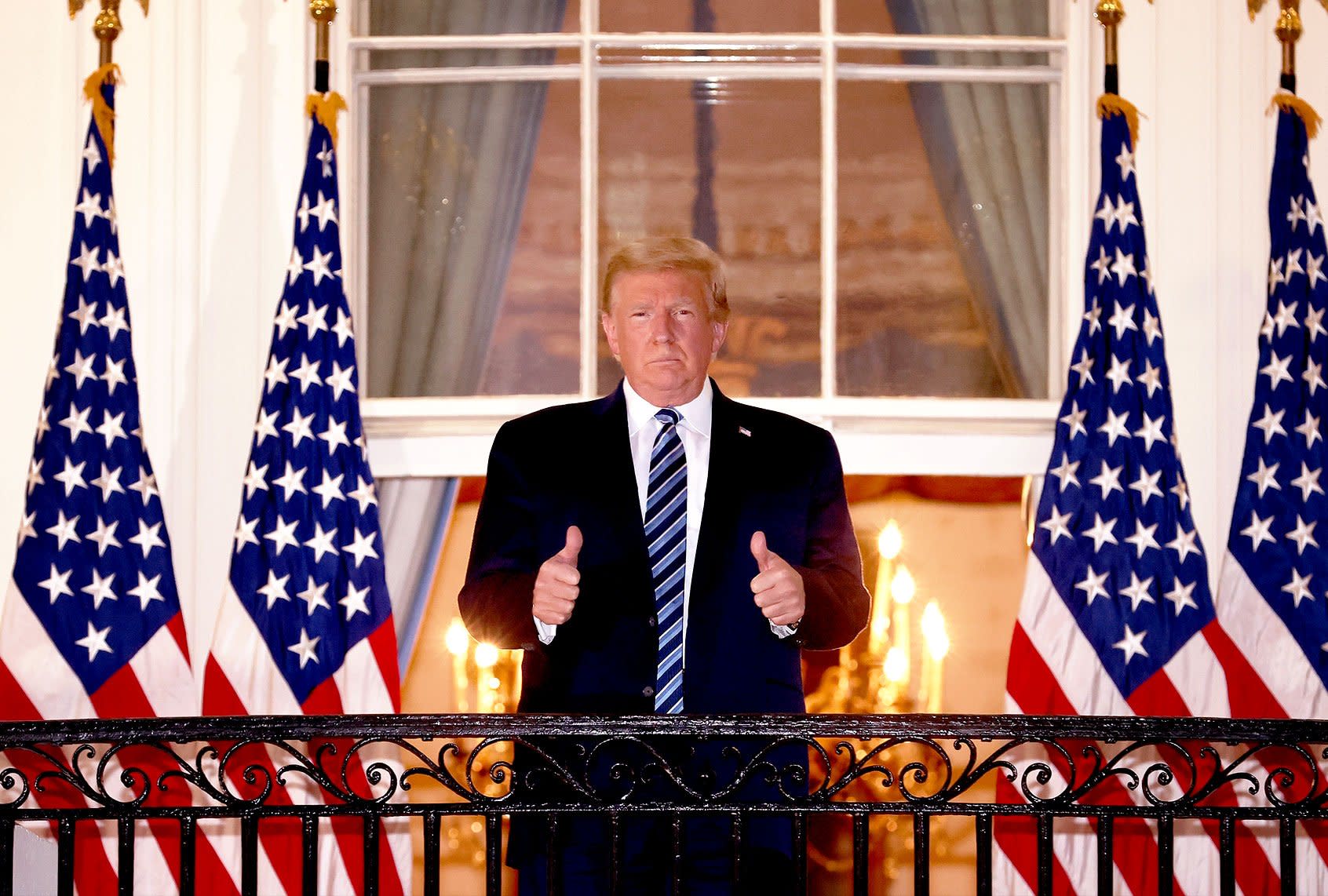 In a new video of Twitter, President Donald Trump claimed that getting COVID-19 was a “blessing from God” and seemed to pivot away from his focus on getting a vaccine approved before the election. Instead, he tried to encourage viewers to think a therapeutic treatment for the disease is actually a cure.

At a base level, the video served one fundamental purpose: To show that Trump, who is still at risk of a resurgence of symptoms, currently appears relatively healthy and to be functioning normally. It was essentially a success on that front, though it’s not clear how representative the video was of his condition throughout the day.

But the content itself was baffling. Aside from his comment that contracting the virus was a divine gift, Trump largely focused on the antibody treatment he received from Regeneron Pharmaceuticals. He was able to receive the drug on a compassionate use basis, not through the FDA’s typical approval process or even through an Emergency Use Authorization. And he claimed these antibodies in particular were the cause of his improvement, and he wants everyone to have access to them.

“I went in, I wasn’t feeling so hot,” he said. “And within a very short period of time, they gave me Regeneron, it’s called Regeneron [it’s actually not called that — that’s the name of the drug company]. And other things too, but I think this was the key. But they gave me Regeneron. And it was like, unbelievable. I felt good immediately.”

He said “we’ve authorized it, I’ve authorized it,” though it’s not clear what actual steps have actually been taken in the treatment’s approval process. He seemed to be suggesting that because he deemed the drug successful in his case, it should be approved for everybody. Of course, this isn’t how drug approval should work. And he has also taken remdesivir and the steroid dexamethasone, the latter of which may be causing his current decline of symptoms. And despite his claim that he felt immediately better after taking the antibody cocktail, his doctor’s reports have made clear that his condition had worsened and improved several times since he first took the treatment.

Overall, the most natural reading of the video and the claims he made is that Trump is trying to spin his hospitalization, which some data suggests have hurt his standing in the polls, as a positive. He wants voters to think he has now found the magic bullet for the pandemic so they can stop worrying about it. But the truth is that the best treatments for the infection remain unclear, and the course of Trump’s own illness remains unpredictable.