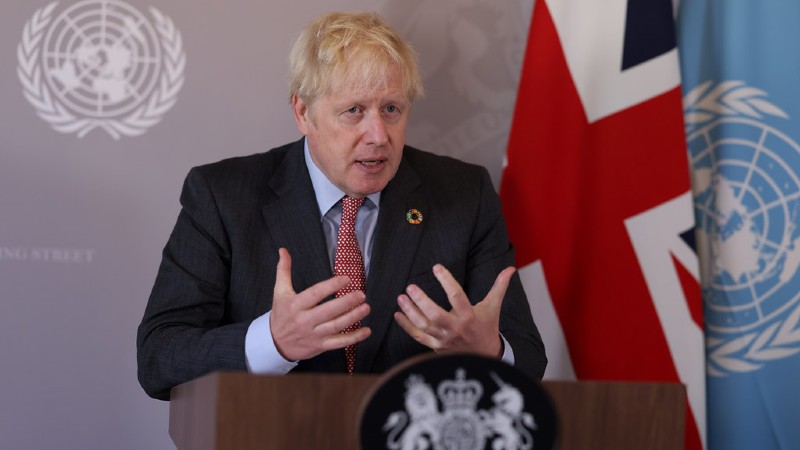 LONDON — As the U.K. seeks to expand its role as a global health leader under Prime Minister Boris Johnson, it is being undermined by a poor domestic public health response to the COVID-19 pandemic, according to experts.

The U.K. government has made a number of recent high-profile global health announcements. These have centered on increasing funding to the World Health Organization, along with calling for the agency’s reform, and joining the COVAX scheme for an equitable coronavirus vaccine, pledging to donate up to £571 million. Earlier this year, the U.K. was a leading donor to Gavi, the Vaccine Alliance and the Coalition for Epidemic Preparedness Innovations.

Keep up to date on key issues surrounding U.K. aid, including the new FCDO, the future of the International Development Committee, and more. Head to the tracker.

The focus on global health leadership is set to continue as the U.K. takes over the Group of Seven presidency next year. Johnson used his Sept. 26 speech at the United Nations General Assembly to outline the government’s ambition to “create a new global approach to health security based on a 5-point plan to protect humanity against another pandemic.”

This is based on establishing a global network of laboratories focused on zoonotic diseases, developing manufacturing capacity for treatments and vaccines, designing an early warning system for pandemics, devising protocols for emergency responses, and easing trade restrictions on disease-specific medical equipment.

But public health experts have offered a mixed response on the recent announcements. While welcoming the U.K. government’s donations and efforts, Ilona Kickbusch, a global health consultant formerly with WHO, said that “credibility” issues have arisen.

“I’m not … sure he [Johnson] totally knows what the WHO does and doesn’t do. Because some of the things he … laid out already exist in the World Health Organization.”

According to Kickbusch, “We tend to say that good global health begins at home. … There, the two don’t quite come together. I’m sure … many people in Britain would say, ‘I wish he [Johnson] was as determined and clear about the plan at home as he is in terms of his five-point plan internationally.’”

Kickbusch also criticized Johnson’s use of language, including his assertion that the international community looks “pretty tattered.” She said: “Some of us [Europeans] do have a problem with … the language with which Johnson or Britain [communicates]. … It’s always ‘Global Britain, global leadership, we want to be first’ kind of thing, and not all of us feel very good about that. It’s a time of solidarity.”

Countries in the global south are “not keen” on leaders and prefer countries to work with them “in solidarity,” Kickbusch added, saying the discrepancy between the United Kingdom’s actions and its political language makes for a “strange mix.”

While Kickbusch welcomed the government’s plans regarding zoonotic laboratories, manufacturing capacity, and trade restrictions, she voiced caution over the proposed early warning system, as it is not clear how it interacts with existing initiatives.

Clare Wenham, an assistant professor of global health policy at the London School of Economics, went further. “I’m not totally sure he [Johnson] totally knows what the WHO does and doesn’t do. Because some of the things he already laid out already exist in the World Health Organization,” she said.

Some in the development sector say the substance of the government’s integrated review of international policies has already been decided.

“He suggested setting up a rapid virus surveillance system; well, that already exists in the World Health Organization. He suggested implementing protocols to how governments respond to outbreaks of disease; well, that’s called the International Health Regulations. We have it — the problem is government’s don’t abide by it.”

An overemphasis on vaccines — and little mention of ensuring strong health systems — is also a “bit of a gap,” Wenham said.

But she added that it is “great” that the U.K. has increased funding and said its continued support of WHO is an important political signal to other countries that will hopefully counter a “ripple effect” of the withdrawal of the U.S.

Absent from all the United Kingdom’s actions on global health has been a lack of vision, according to Kalipso Chalkidou, director of global health policy at the Center for Global Development. Alongside development advocates, global health experts have complained of a lack of consultation on the government’s integrated review of international policies.

“We’re doing all the right things, but why are we doing them? We need to say something and then set some outcome measures to measure our performance and be accountable,” Chalkidou said. “Otherwise, it becomes a difficult job to justify any sustained or increased investment, unless we know why we are doing it.”