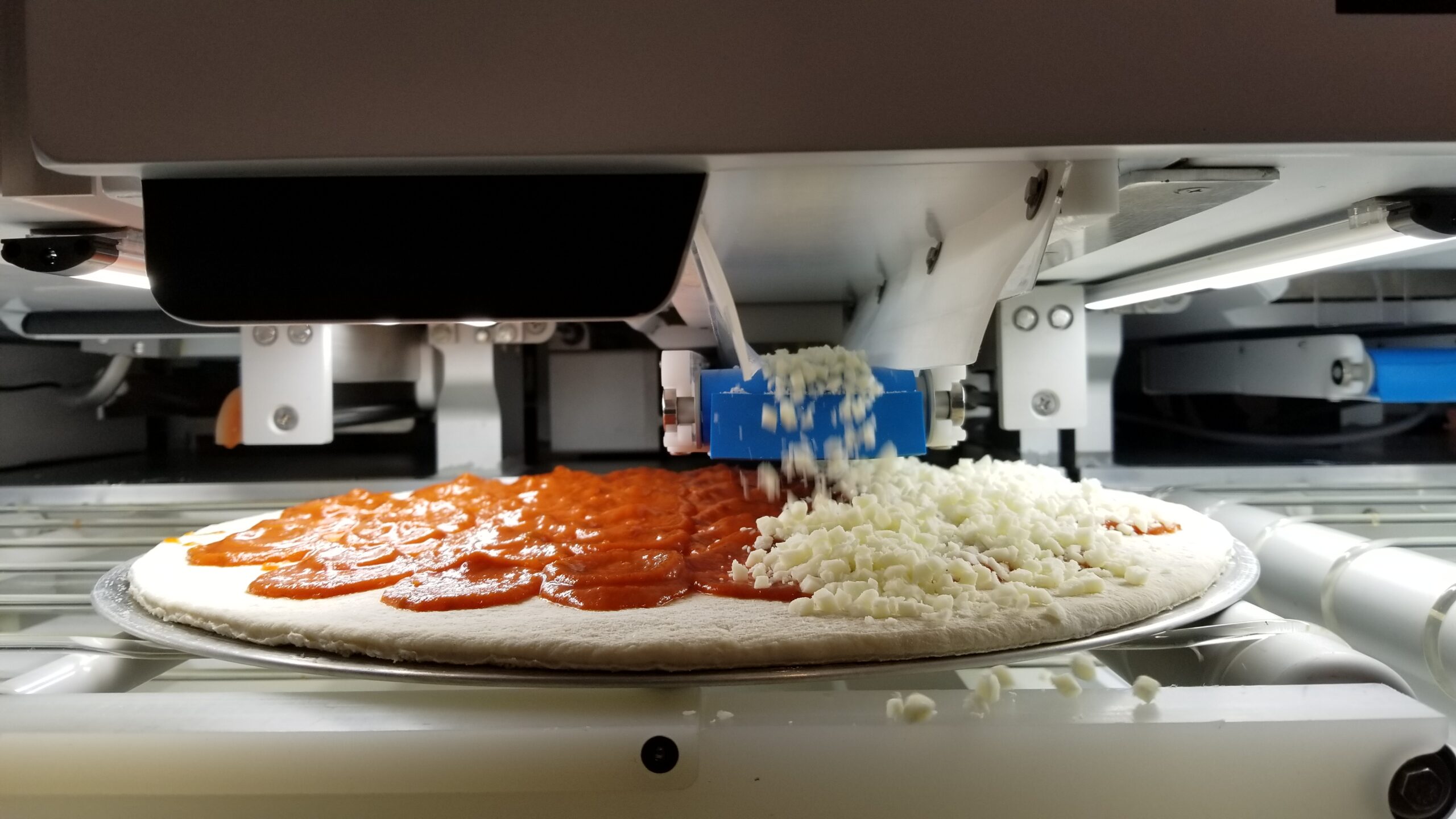 Seattle startup Picnic raised an additional $3 million from existing investors as it gears up for a commercial rollout of its pizza-making robot.

Vulcan Capital, Flying Fish Partners, Creative Ventures, Arnold Venture Group, and others put more money behind Picnic, known for its automated food preparation device that can churn out up to 300 12-inch customized pizzas per hour. It follows a $5 million seed round in November.

The fresh cash will be used for product development, response to customer interest, new hires, and marketing. The company has seen increased demand for its machine during the pandemic from customers looking for ways to prepare food with less contact.

“This work is important because we’re supporting struggling restaurants who are looking for any advantage that will help them weather the storm of losing 60% of their sales,” CEO Clayton Wood wrote in a blog post earlier this year. “By surviving through this, they’ll be in a position to re-hire lost workers and find their way in the new, forever-changed world of food service.”

Picnic, previously known as Otto Robotics and Vivid Robotics, is among a bevy of startups and larger industry giants trying to find ways to automate restaurant kitchens amid slim margins and labor shortages. The pandemic has put attention on food automation as restaurants and food preparation companies navigate around new hygiene protocols.

Robotic chefs have yet to go mainstream, but Picnic rival XRobotics launched earlier this month with its own pizza-making machine. DaVinci Kitchen will soon debut an automated robot pasta kiosk.

Meanwhile, Little Caesar’s has a patent for a pizza-making robot. White Castle is testing Flippy, a burger-grilling robot from Miso Robotics. And Domino’s is automating many of its processes, including a pilot for driverless pizza delivery last year and an experimental drone delivery system.

San Francisco-based Zume raised $445 million with backing from SoftBank to create a pizza robot system and other robotics infrastructure for restaurants, but the company pivoted away from automated cooking to food packaging earlier this year.

GeekWire caught up with Wood in January at the Consumer Electronics Show, where Picnic was serving up pizzas to attendees. Wood, a former executive at Synapse and Planetary Power, said an automation company like Picnic isn’t taking away jobs. He cited the food service industry labor shortage and also noted a rise in delivery and carry-out meals driven by online orders. Operators are struggling to keep up, Wood said.

The company’s internet-connected device itself looks rather unassuming but packs a ton of technology inside. There is a vision system that reads the size and shape of dough — which is formed by human hands — and can make adjustments if the pie is slightly off-center. The dough then moves on a conveyor belt as sauce, cheese, fresh-sliced pepperoni and other topping choices are automatically dropped.

Picnic’s business model is essentially pizza-as-a-service. Restaurant owners pay a regular fee in return for the system and ongoing maintenance as well as software and hardware updates.

Picnic was a finalist for Hardware/Gadget of the Year at the GeekWire Awards.

Another Seattle startup, Souszen, came out of stealth mode last year and revealed its plans to automate the commercial kitchen.

.@PicnicNews‘ pizza-making robot arrived at #ces and will start making pizzas for hungry attendees tomorrow. We just got a sneak peek with the Seattle startup — stay tuned for more! pic.twitter.com/LSsHxnCw58