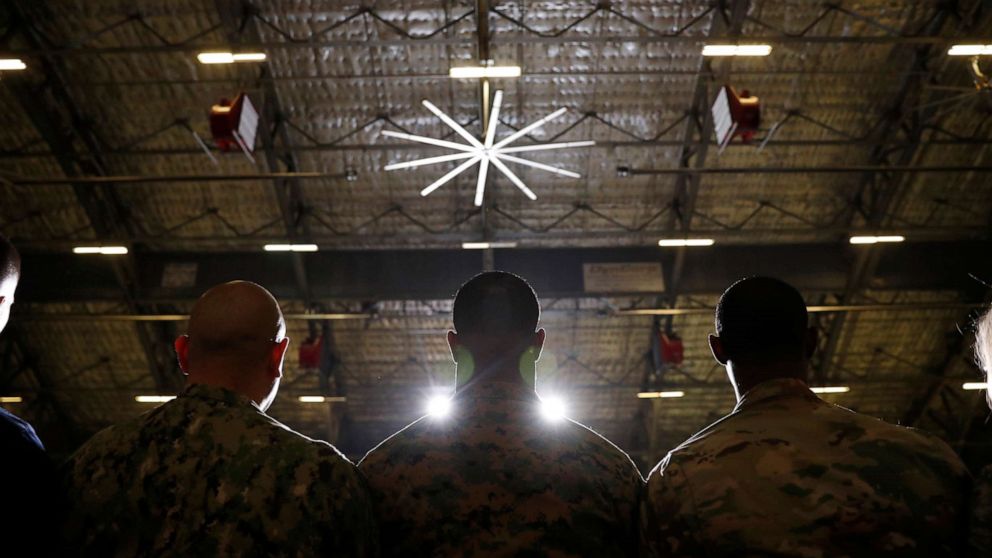 While expressing concern about a 30% spike in the number of active-duty Army suicides this spring and summer, Pentagon officials are not ready to link the increase to the coronavirus pandemic. The officials said no conclusive determination can be made right now that the increase in Army suicides this summer is tied to the pandemic or that it could lead to an increase in the military’s overall suicide rate for the year.

“It’s too early to determine whether suicide rates will increase for calendar year 2020,” said Dr. Karin A. Orvis, director of the Defense Suicide Prevention Office, at a briefing that made public the Pentagon’s suicide rates for 2019. “We’ll need to have the full year of data and investigations completed to determine the cause of death.”

“What may be looking like an increasing or decreasing trend in raw counts may not be statistically meaningful once we have all the data,” said Orvis.

Through Aug. 31, there has been a 30% increase in the number of active-duty Army deaths by suicide, with 114 deaths compared to the 88 through that same time frame in 2019, a defense official told ABC News. The total number through Aug. 31 increases to 200 including Army National Guard and Reserve suicides, up from 166 for the same period in 2019, said the official.

The increase in Army suicides was first reported by The Associated Press.

With only a slight increase in the number of active-duty suicides during the first three months of 2020, the bulk of the 30% increase occurred during the spring and summer months that correlates to when the novel coronavirus pandemic was at its peak.

But Orvin stressed that the full annual rate is what is needed to make a full assessment of the year’s trends in the military overall. Current numbers for the other services do not indicate a spike like the Army. For example, the 98 total Air Force deaths by suicide this year (including guard, reserves and civilians) are comparable to last year’s, and the 34 active-duty Navy suicides are on pace to be lower than last year. The Marine Corps did not provide current statistics for this year.

“We have seen in the past that at times, where it looks like if we were just looking at counts, there may have been an increase, but once we had the full years of data, it was not statistically significant,” said Orvin.

The Army National Guard said in a separate briefing that the number of suicides in its ranks through Oct. 1 is comparable to last year’s numbers.

“Caution should be used when examining changes in suicide counts across time as counts do not account for changes in population size or provide enough time for essential investigation to determine cases of death,” said Capt. Matthew Kleiman, the director of National Guard Warrior Resilience and Fitness.

“What may look like a trend may not be statistically meaningful once a full analysis is completed,” said Kleiman.

Regardless, the National Guard is not waiting for the pandemic to be over to see what impact it may have had on suicides within its ranks. Kleiman said a study is underway to see how New York National Guardsmen were impacted by the pandemic whether they were mobilized or not.

“We believe probably it has an impact, but we want to see exactly what that impact is,” said Kleiman. “That’s the first step and then next year we’ll take what we’re learning and we’ll apply that to those initiatives as we start to roll those out.”

Concerned by the steep rise in active-duty suicides, senior Army leaders are taking action to stem further suicides whether this summer’s increases are tied to the pandemic or not.

“The suicide numbers for the Army are higher than what we’ve seen when you look at the year over year,” Secretary of the Army Ryan McCarthy told ABC News’ “Good Morning America” earlier this week in an exclusive interview.

“When you see suicide numbers rise, came roughly in the spring time frame, when the COVID-19 pandemic really hit hard in the United States, it’s clear, it’s adding additional stress on our men and women,” said McCarthy, who added that the soldiers are also feeling the strain of continued deployments overseas.

“Army leadership has really invested itself, really since the early summer, in looking at our priorities and how we invest our time,” said McCarthy. “How do we look at investments in our people, counseling them, getting feedback, knowing their family members, ensuring that you understand the pressures on them personally, as well as professionally, when people are pushed every day.”

On Thursday, the Pentagon released its annual report for suicide in the ranks that showed 498 suicides in 2019. The suicide rate of 25.9 per 100,000 individuals in 2019 is statistically comparable to what had been seen the previous two years.

“After adjusting for the age and sex differences across the military and civilian populations, the military has comparable or lower rates to the U.S. population,” said Orvin.

If you are struggling with thoughts of suicide or worried about a friend or loved one help is available. Call the National Suicide Prevention Lifeline at 1-800-273-8255 [TALK] — for free confidential emotional support 24 hours a day, seven days a week. Even if it feels like it — you are not alone.