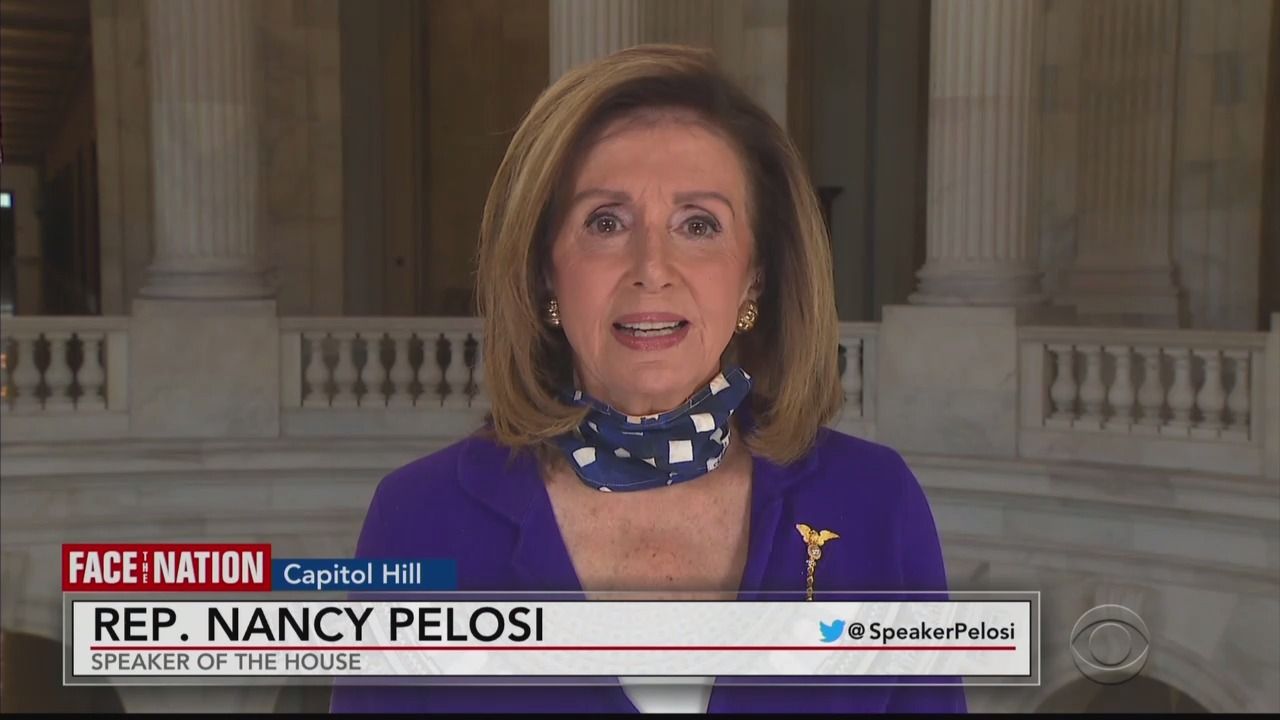 House Speaker Nancy Pelosi (D-Calif.) said on Sunday she is receiving health updates on President Trump, who is in the hospital with the coronavirus, through the media and not through official briefings or contact with the White House.

Why it matters: Pelosi is second in the line of succession behind Vice President Mike Pence.

What she’s saying: “We’re getting our information the way everyone else is, in the media,” Pelosi told CBS’ “Face the Nation.”

Worth noting: The Constitution establishes a chain for who becomes “acting president” if the president is incapacitated — but even in the event that both Trump and Pence fall ill from the coronavirus, many responsibilities could be delegated to White House staff before they’d turn to House Speaker Nancy Pelosi.