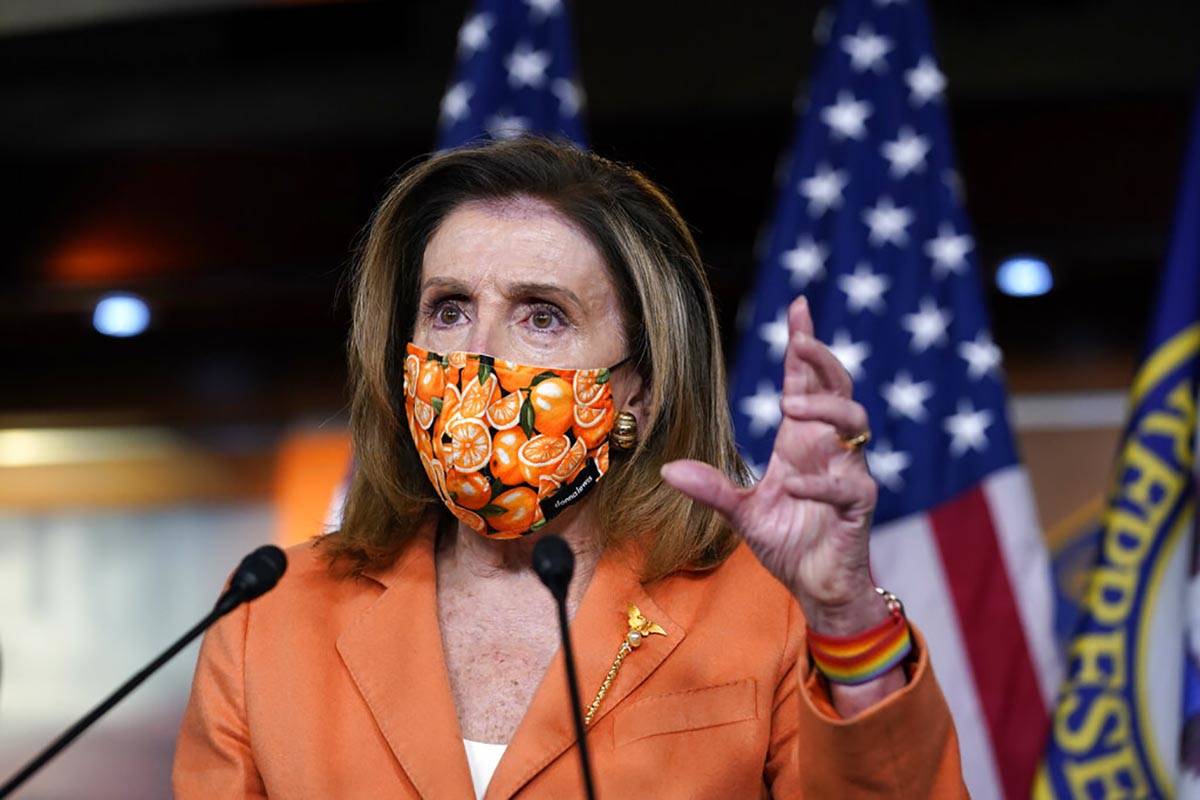 WASHINGTON — House Speaker Nancy Pelosi is questioning President Donald Trump’s fitness to serve, announcing legislation Thursday that would create a commission to allow Congress to intervene under the 25th Amendment to the Constitution and remove the president from executive duties.

Just weeks before the Nov. 3 election, Pelosi said Trump needs to disclose more about his health after his COVID-19 diagnosis. She noted Trump’s “strange tweet” halting talks on a new coronavirus aid package — he subsequently tried to reverse course — and said Americans need to know when, exactly, he first contracted COVID as others in the White House became infected. On Friday, she plans to roll out the legislation that would launch the commission for review.

“The public needs to know the health condition of the president,” Pelosi said, later invoking the 25th Amendment, which allows a president’s cabinet or Congress to intervene when a president is unable to conduct the duties of the office.

On Friday, Pelosi along with Rep. Jamie Raskin, D-Md., a constitutional law professor, plan to roll out the legislation that would create a commission as outlined under the 25th Amendment, which was passed by Congress and ratified in 1967 as way to ensure a continuity of power in the aftermath of President John F. Kennedy’s assassination.

First, Trump told the Republican leaders in Congress on Tuesday to quit negotiating on an aid package. By Wednesday he was trying to bring everyone back to the table for his priority items — including $1,200 stimulus checks for almost all adult Americans.

Pelosi said Thursday that Democrats are “still at the table” and her office resumed conversations with top negotiator Treasury Secretary Steven Mnuchin.

Democrats have made it clear they will not do a piecemeal approach until the Trump administration signs off on a broader, comprehensive plan they are proposing for virus testing, tracing and other actions to stop its spread. They have scaled back a $3 trillion measure to a $2.2 trillion proposal. The White House presented a $1.6 trillion counter offer. Talks were ongoing when Trump shut them down.