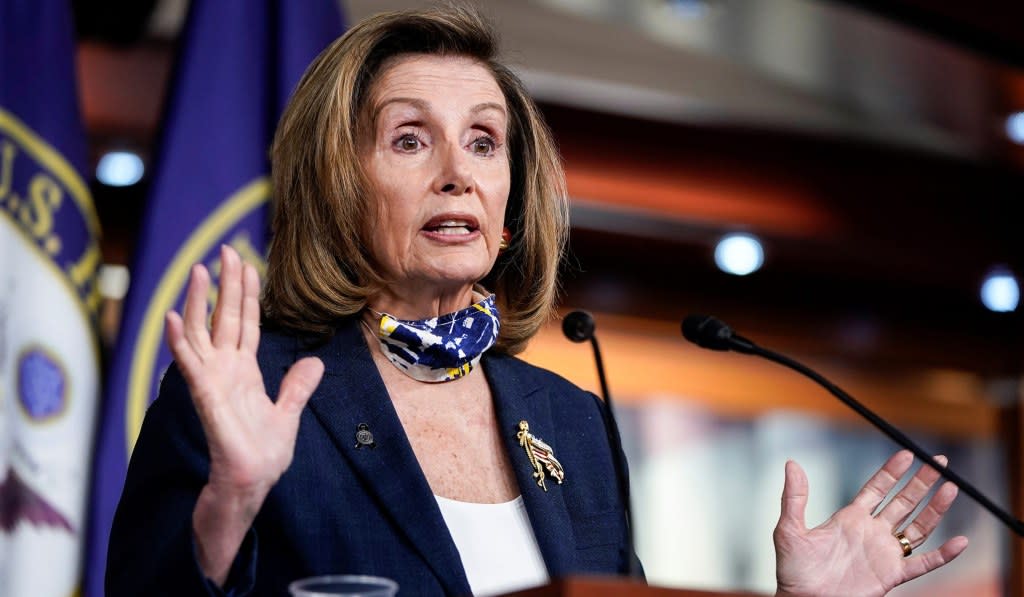 House Speaker Nancy Pelosi on Friday introduced a bill to establish a commission that would rule on the president’s fitness for office.

The bill, which Pelosi introduced along with Congressman Jamie Raskin, would form a congressionally-appointed body called the Commission on Presidential Capacity to Discharge the Powers and Duties of Office, which would serve as “the body and process called for in the 25th Amendment to the U.S. Constitution,” the offices of Pelosi and Raskin said in a statement.

On Thursday, Pelosi expressed doubts about President Trump’s health after his coronavirus diagnosis and announced that over the next day she will be discussing the constitutional measure that allows the vice president to take over if the president becomes incapacitated.

The measure is meant to “enable Congress to help ensure effective and uninterrupted leadership” regarding the presidency.

Pelosi stressed Friday that she is unaware of Trump’s current mental fitness but said some medical professionals have cautioned that certain drugs could alter a patient’s state of mind. Trump has been prescribed several drugs since he tested positive for the coronavirus last week.

“This is not about President Trump. He will face the judgment of voters. But he shows the need to create a process for future presidents,” Pelosi said.

“We have to give some comfort to people that there is a way to do this,” the speaker continued, “based on a medical decision again, with the full involvement of the vice president.”