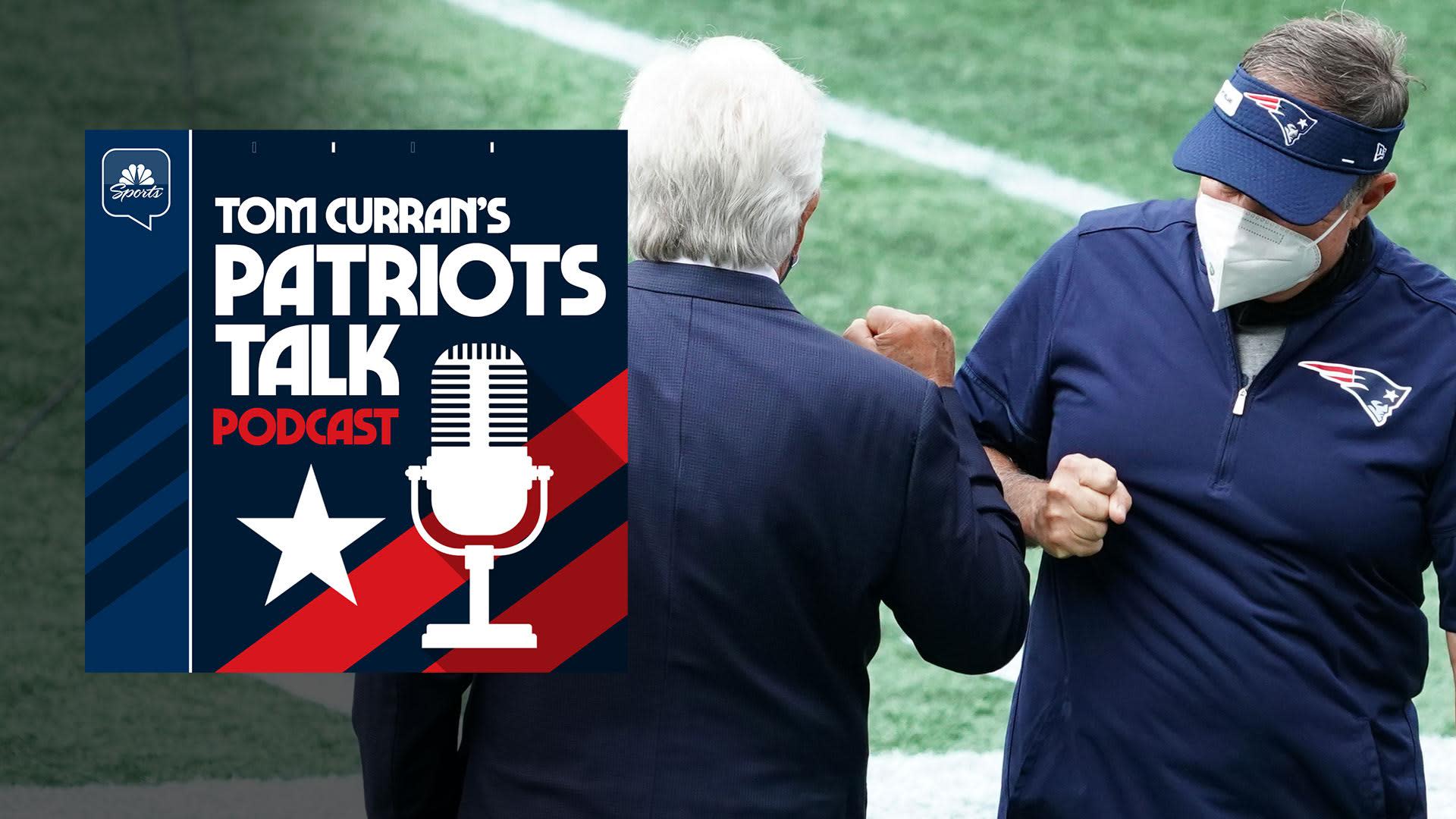 Patriots Talk Podcast: Pats take their health and wellness into their own hands originally appeared on NBC Sports Boston

The New England Patriots’ bye week came earlier than expected as they continue to deal with positive COVID-19 cases within the organization.

Shortly after the news of Cowart’s positive test, the NFL announced the Patriots-Broncos matchup that had been postponed to Monday night would be rescheduled for Sunday of the following week, when New England originally was supposed to have its bye week.

But was this really the NFL’s decision, or did the Patriots force the issue with the league? Judging by cornerback Jason McCourty’s recent comments, it may have been the latter.

Patriots Talk Podcast: Patriots take their health and wellness into their own hands | Listen & subscribe | Watch on YouTube

“You can actually hear the exhaustion and resignation of Jason McCourty throughout that,” Curran said. “And that was something that I reported on earlier in the week, we sensed as the week went along the Patriots felt especially in the wake of the Kansas City trip that the league didn’t have their best interest at heart in putting them on that plane. The Patriots did everything in their power to make sure they were well-protected with 20 players on a 270-passenger plane. Then the league decided ‘Yeah, you’re not going to get extra room in the locker room.’

“I know people within the organization are still irritated about that fact … Then when you have a positive [test] emerge on Sunday, the timeline that exists between Adam Schefter saying the NFL is going to push on with this game, and then the news comes in that the game has been postponed until next Sunday, says to me that the Patriots said, ‘No, we’re not doing anything, and we’re galvanized and unionized on this from the very top down to the players as to how we’re going to proceed.”

Broncos’ Gordon sounds off on NFL for moving Patriots game

“The team is going to do what it’s gonna do to make sure it stays safe,” Perry added. “It’s not going to wait for a go-ahead or word or phone call or text message from somebody in the league office to tell them what to do to protect themselves because it became clear to many if not all in the organization before flying out to Kansas City on Monday and playing the day they traveled, that if you’re waiting on that sort of stuff from the league, and you’re waiting for them to have your best interest in mind, you’re going to be waiting a long time.”

Also discussed in the episode: Jason McCourty speaks out on how Patriots’ players feel about the NFL’s handling of COVID-19, will Cam Newton and Stephon Gilmore play vs. Broncos? And did the Patriots dodge a bullet not having Jimmy Garoppolo replace Tom Brady?

Check out the latest episode of the Patriots Talk Podcast on the NBC Sports Boston Podcast Network or on YouTube.