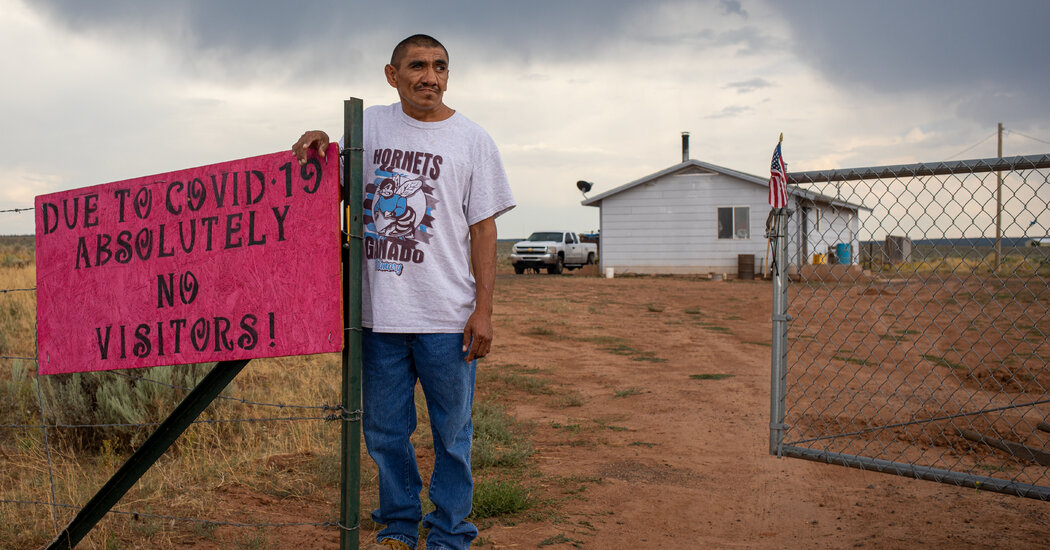 Based in Rockville, Md., the Indian Health Service, often referred to as I.H.S., was created to carry out the government’s treaty obligation to provide health care services to eligible American Indians and Alaskan Natives. The tribes agreed to exchange land and natural resources for health care and other services from the U.S. government as part of the Fort Laramie Treaty of 1868.

The agency, which has 15,170 employees, most of whom work in the hospitals and clinics, was without permanent leadership until a few months into the pandemic. Rear Adm. Michael D. Weahkee, a member of the Zuni Tribe, was confirmed by the Senate in April after leading the agency on an interim basis since 2015. Mr. Weahkee declined to comment for this article.

The system consists of 26 hospitals, 56 health centers and 32 health stations. The hospitals range in size from four beds to 133. The Indian Health Service is broken into a dozen service regions across the country, each one serving tribes living in that area.

The pandemic forced the agency to scramble.

“We can get you N95s (they’re expired, but the C.D.C. and I.H.S. say that they’re still OK to use),” an I.H.S. official wrote in an email to tribal officials looking for protective medical equipment.

“I feel like it is common practice that we are always getting the bottom of the barrel, the leftover,” said Esther Lucero, the chief executive officer of the Seattle Indian Health Board. At one point, she requested more coronavirus tests and instead received body bags.

Even before the pandemic, health problems were rampant in communities served by the agency, meaning many people had underlying conditions that would complicate treatment of the virus. And the poverty on many reservations created an additional problem.

At the Navajo Nation, which includes parts of Arizona, New Mexico and Utah, many people live in homes without electricity, and a third of the population does not have running water. Many units house more than one family, and it is not uncommon for grandparents, parents and grandchildren to live under one roof.