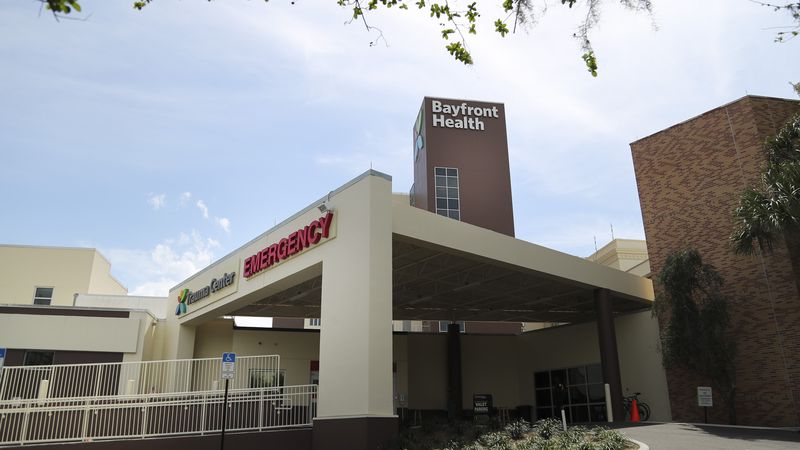 The deal marks the first step into the Tampa Bay region for the nonprofit, a Florida health care giant with more than $6 billion in assets at about 450 locations. And though Orlando Health executives aren’t sharing specifics, they say their presence in the area will likely expand further.

Finances and patient care at Bayfront have suffered in recent years under Community Health Systems, a Tennessee-based company that had owned 80 percent of the 480-bed hospital since 2014. The other 20 percent, owned by the nonprofit Foundation for a Healthy St. Petersburg, was also sold to Orlando Health, giving the company complete control of the hospital.

Still, Orlando Health must continue serving as a “safety net” hospital, according to a lease agreement with the city, which owns the land under the hospital. That means Bayfront must continue to provide charity care to all regardless of a patient’s insurance status or ability to pay for services.

Orlando Health must be “committed to engaging and supporting the community through programs and strategic partnerships that address social determinants of health,” the lease states. And Bayfront must continue to “support needy and underserved persons in a manner that prevents and minimizes the need for charity care by establishing a flourishing and healthy community for all citizens.”

In an interview Thursday, Orlando Health CEO David Strong said Bayfront fits the culture of his nonprofit, which has its own history of charity care in Central Florida. He declined to share details about either part of the hospital sale, but said Orlando Health is committed to bringing Bayfront back to its heyday.

“We want quality and safety to be in our DNA,” he said. “It will be in everything that we do, because that’s what is important.”

John Moore, the newly appointed CEO of Bayfront, said he intends to hold a listening tour with the hospital’s staff and community members in the coming weeks. He plans to ask two questions: What are you most proud of about Bayfront? And where do you think it needs to focus on improving?

Already, he’s held 12 orientation sessions with team members, and he and other Orlando Health executives were at Bayfront during shift change Thursday morning. “They really are hungry to have Bayfront be that premier facility in St. Petersburg again,” Moore said.

City Council member Darden Rice said in an interview that many Bayfront staff have told her they were eager to see Orlando Health take over. “Employees all up and down the org chart at the hospital said … it was important for the sustainability and the stability of the hospital.”

Council member Robert Blackmon agreed and said he’s thrilled the deal is final. He said he’s done a lot of research on Orlando Health and is confident the nonprofit can turn Bayfront around.

“It’s a win for St. Pete at a time when community health care has never been more crucial,” he said, adding that Orlando Health also has a reputation for high-level teaching and training, as well as for promoting from within.

Both Blackmon and Rice said they don’t know how much Orlando Health paid the Foundation for a Healthy St. Petersburg for its share of the hospital. Rice said the foundation needed more independence, and the sale will provide that. Foundation president and CEO Randy Russell was not immediately available for comment.

Strong said the two entities will still have some sort of partnership but shared few details. He said there are plans for assembling a committee that will help the hospital and foundation decide together how to invest the foundation’s money into the community.