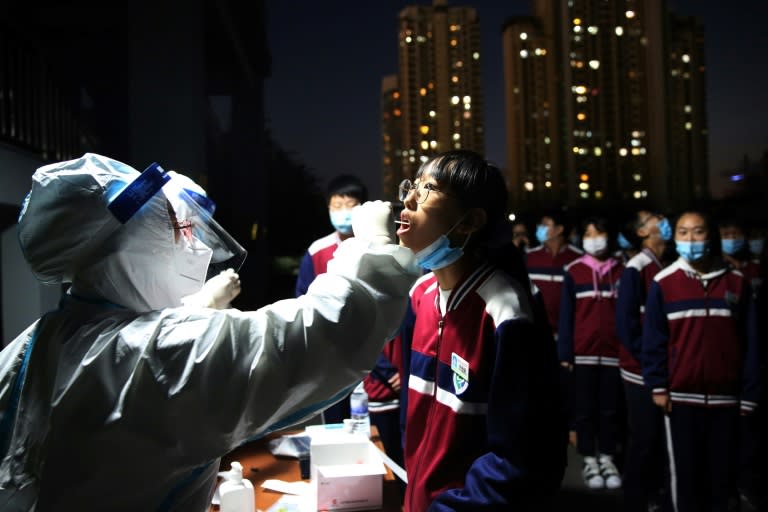 More than three million swabs have been taken in a matter of days in Qingdao, the Chinese port city where a minor coronavirus outbreak elicited a sweeping health response.

Queues for testing stretched deep into Monday night across the eastern city, which detected six virus cases the day before but swiftly swung into action to head off a wider outbreak.

In scenes which contrast with the fumbled efforts of other nations to establish effective testing regimes, Qingdao health workers in protective gear set up tents to take samples across neighbourhoods, where parents brought toddlers for testing.

Residents said on social media that community representatives informed them of their nearest testing stations, with local districts helping to organise sample collection for mass testing.

“As of 8 am… our city has taken 3.08 million samples for nucleic testing, with 1.11 million results received,” Qingdao’s health commission said in a statement Tuesday.

In addition to six people with symptoms, there six asymptomatic cases have been detected so far.

The city declared it aims to test its entire population — around 9.4 million — within five days of the detection of the first cases at a hospital on Sunday.

It was not immediately clear how fast results could be processed, although China has paraded its rapid testing capacities during previous minor outbreaks.

China’s ruling Communist Party is desperate to show its ability to manage the pandemic to its citizens — as well as to foreign audiences — after it emerged in the central city of Wuhan.

The country has bounced back since the virus emerged late last year and forced widespread lockdowns that hammered the world’s second-largest economy.

China is also desperate to be the first nation to produce a coronavirus vaccine, with several companies in final-stage trials.