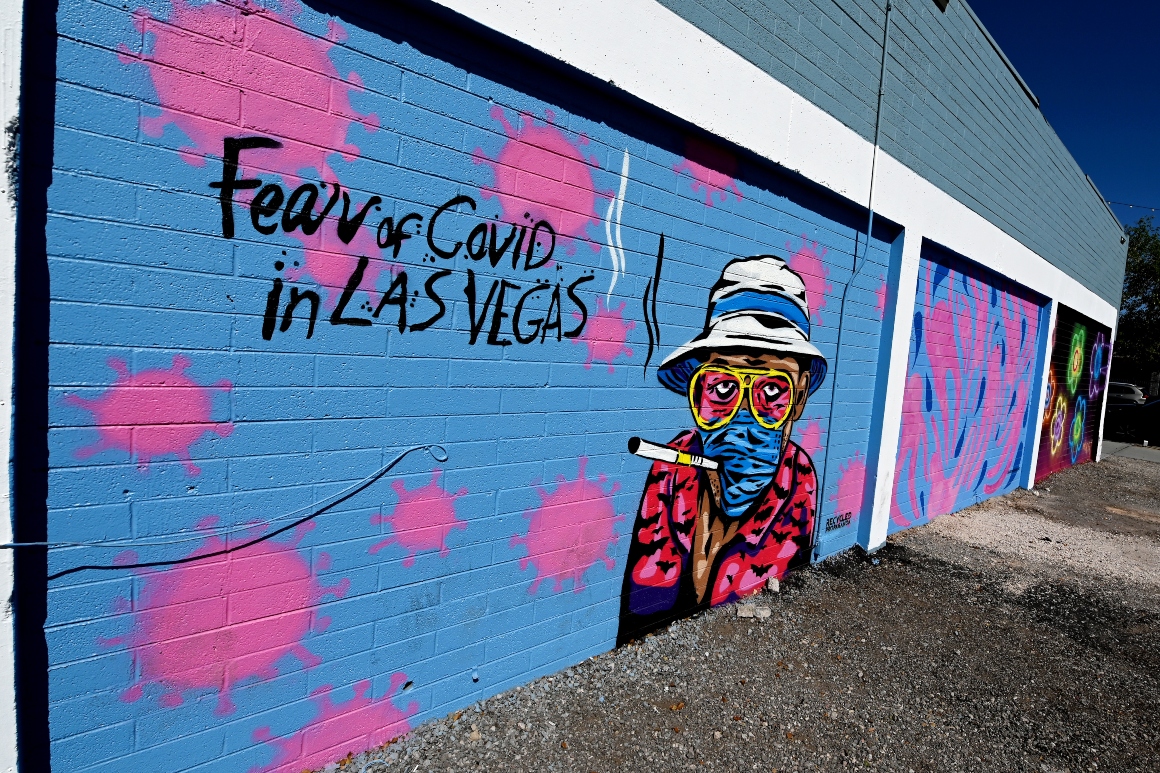 By the end of January, when the CDC’s freeze will expire, Nevadans will likely owe at least $337 million, according to new analysis released by the National Council of State Housing Agencies. These debts will also hurt landlords who depend on rentals for income, as well as state and local budgets — on top of the stress on the renters themselves.

“Even if they’re able to stay in their home, they’re cutting back on paying for urgently needed health care services, or food for their kids,” said Stockton Williams, the Council’s executive director.

Houston, one of the nation’s most racially diverse cities, is a sprawling metropolis that for the past three years was thriving. But the fall in oil prices had already bruised its economy and job market by the time Covid-19 arrived. Now the city and Harris County are chewing through tens of millions of dollars of aid money simply to stave off mass homelessness.

“We’re on the precipice of a massive, massive challenge with housing,” said David Haines, chief of strategy and innovation for BakerRipley, a community development organization that’s been coordinating housing and food relief efforts in Houston.

From interviews with some 2,400 Houston residents at the start of the pandemic, the organization found that about half were worried about their jobs, 45 percent hadn’t received the $1,200 stimulus check from the federal government, and two-thirds of the kids hadn’t been able to do the online learning that was supposed to substitute for in-person schooling. By August BakerRipley had delivered more than a million tons of food through biweekly food fairs — and, Haines said, “the lines are always there.”

Texas froze eviction orders in March, but that moratorium lapsed in late May. That month, the city of Houston had rallied to stave off a massive crisis, directing Cares Act funds into a $15 million first-come, first-served pot of money for rent. It was all gone within 90 minutes and was enough for about 12,000 households.

In August, Harris County put together a separate rental assistance effort of about $40 million. And the city of Houston by the end of July provided another $20 million for rent help, with $5 million coming from private donors. Catholic Charities of Houston averages about 100 requests for rental help per day.

In early September in the wake of evictions of people who couldn’t meet the CDC’s criteria, a Harris County constable started a GoFundMe page to help those who had lost their homes. So far it’s raised nearly $250,000.

This has all happened before the long-term unemployment picture has even settled.

“If anything, [the crisis is] exposing the problems that existed, and we’re fighting so that the problems don’t get deeper because of the pandemic — and to use it as leverage to tackle these issues more aggressively,” she said.

Judge Jeremy Brown, who presides over eviction cases in the south side of Houston where he grew up, agreed. Over half of Houston’s Black residents were already spending from 30 percent to more than 50 percent of their income on rent, according to the Rice University’s Kinder Institute for Urban Research. And, he noted, the ongoing segregation of Black and brown communities have exacerbated the toll.

“Like when we were in the Great Depression, there have to be system changes so we don’t find ourselves in this predicament again,” he said.