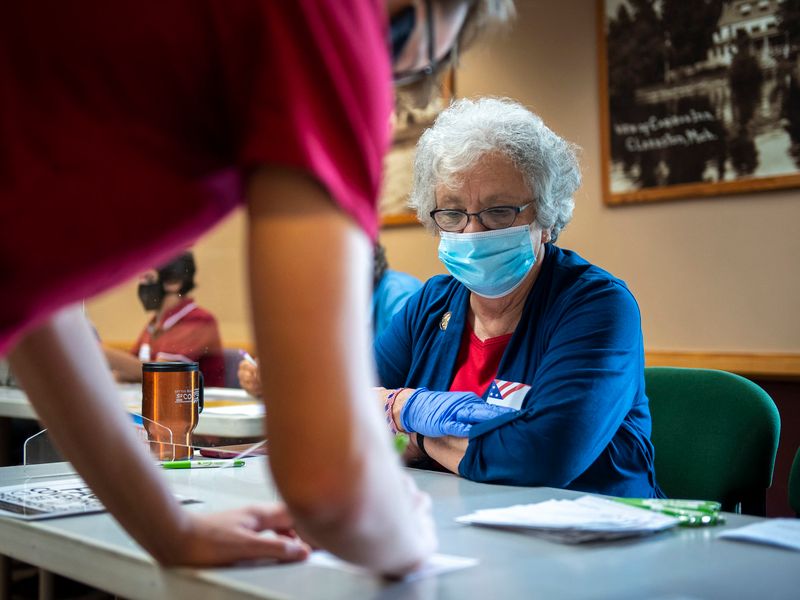 Oakland County’s health department moved quickly Saturday to impose a countywide mask mandate to curb the spread of the coronavirus, one day after the Michigan Supreme Court struck down the law Gov. Gretchen Whitmer has used to require mask wearing in public.

The public health order from Michigan’s second most populous county requires mask usage in indoor public spaces outside of the home, including students in grades kindergarten through 12th grade when inside school buildings.

Oakland County’s order requires outdoor mask wearing when individuals cannot maintain 6 feet of social distance among themselves and applies to “athletes training for, practicing for, or competing in an organized sport.”

The order adopts language similar to Whitmer’s mask mandate, which is now in legal limbo after the Michigan Supreme Court narrowly ruled her use of a 1945 emergency powers law unconstitutionally “indefinitely” empowered the governor to make law without the Legislature’s involvement.

Oakland County’s mask mandate will likely serve as a stopgap when Whitmer’s mandate is officially dissolved. The governor claimed Friday her order will remain in effect for 21 days, though that timeline is based on Michigan Supreme Court rules and may not apply in this case, legal experts told Crain’s.

“Health and science experts agree that facial coverings are critical to controlling the virus,” Oakland County Executive David Coulter said in a statement. “We have come too far to backslide now especially as we want to get kids back to school and our economy moving again. In Oakland County masks will continue to be mandatory by order of our health experts.”

The order from county health officer Leigh-Anne Stafford came hours after Senate Majority Leader Mike Shirkey told Crain’s and other news organizations that the Republican majority in the Senate would not support a new statewide mask mandate in statute.

Like Whitmer’s mask mandate, Stafford’s order provides exemptions for individuals who cannot medically tolerate a face covering, people who are eating or drinking at a restaurant or bar, voting at the polls in the Nov. 3 election and “exercising when wearing a face covering would interfere in the activity.”

In the statement, Stafford said additional health orders may be issued in the coming days to cover capacity at restaurants, bars, employee health screenings and other public health concerns.

In recent weeks, the health departments in Ingham and Ottawa counties have used those laws to impose quarantines in college student houses after COVID-19 outbreaks involving Michigan State University and Grand Valley State University students were linked to parties.

“The law provides the tools for a local health officer to protect the public’s health during an epidemic and that is my solemn responsibility,” Stafford said. “We will work closely with State health officials on additional measures to control the virus.”

Violations of Oakland County’s order can result in a misdemeanor charge.