Health Director Dan Stapleton says the state is loaning the department of health five machines to do the rapid testing. They got about 2,250 test kits, so with a much larger population than that, he says it’s about prioritizing who gets them.

“If we had an outbreak, we would be using those machines for that but thankfully we don’t have an outbreak so we’re taking it to areas where we can identify schools are newly open for just a few weeks and now’s the time we will be able to look at the schools,” Stapleton said. “We’ll be doing every school district in Niagara County over the coming weeks.”

The county will begin the rapid testing over at Niagara Falls High School Wednesday and Thursday. Stapleton says because results are provided every 15 minutes, and they’ll be doing them for about six hours each day, that’ll allow the county to test about 240 people.

As of right now, there are no COVID-19 cases at Niagara Falls High School.

Stapleton says he requested the machines almost a month ago before Maple Avenue Elementary shut down because of a case there this week.

“This is not in response to a cluster,” Stapleton said. “This is in response to trying to take advantage of these testing kits and use them as quickly as possible in order to get snapshots of our school districts.”

He says the county is starting with larger school districts.

Next week, they will conduct rapid testing over at the Lockport School District. 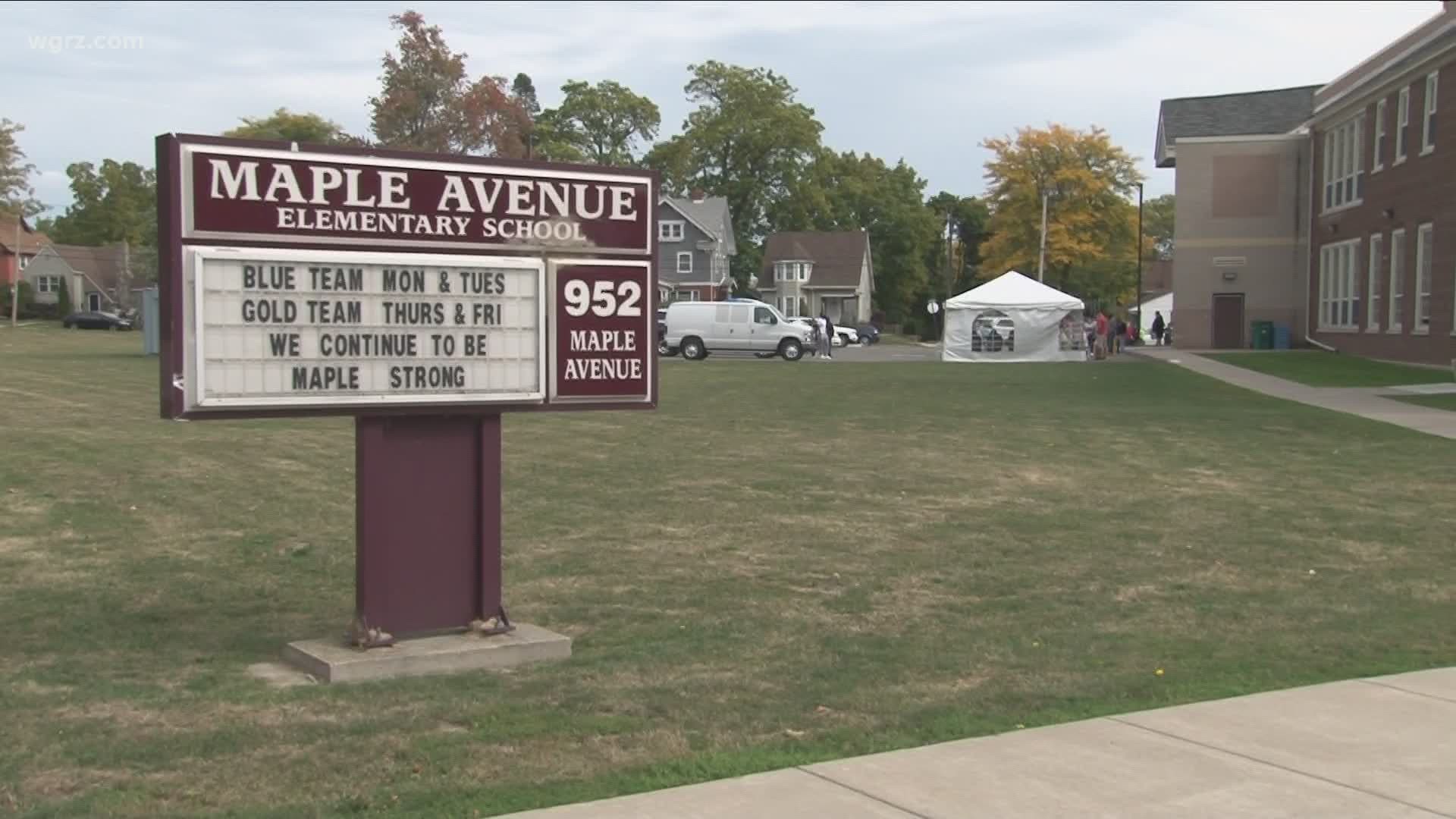