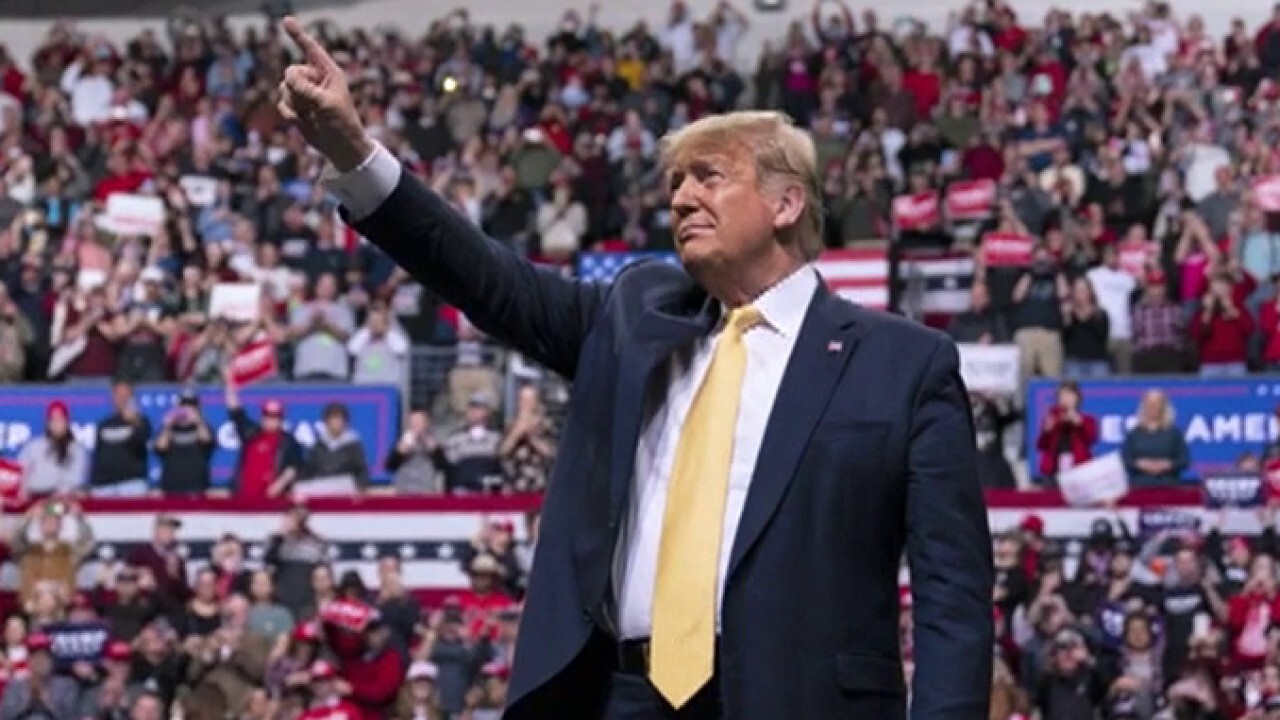 In the first two debates of the 2020 general election presidential contest, former Vice President Joe Biden and Sen. Kamala Harris, D-Calif., have claimed that President Trump is personally responsible for the now more than 215,000 Americans who have perished from COVID-19.

This is factually wrong, disingenuous, immoral, and disrespectful to the hundreds of thousands of Americans who are working every day to defeat the coronavirus and save lives. It completely ignores the real, successful Trump administration efforts to save lives.

It glosses over the Democratic leaders who have presided over the most devastating losses — New York and New Jersey combined account for nearly one-quarter (23 percent) of all American deaths, according to Tuesday’s U.S. Centers for Disease Control and Prevention figures. Finally, it only serves to sow more fear and discord among Americans.

The truth is that President Trump has been working nonstop to defeat the virus and bring America back from the brink of medical and economic ruin, while Biden and Harris have done nothing but criticize, deflect, and insult their way through this crisis.

Yes, it is an absolute tragedy that a virus outbreak in China was badly mishandled by the Chinese communist dictatorship and has spread across the globe, costing over 215,000 American lives and many more worldwide.

However, Democratic presidential candidate Biden and his vice-presidential running mate Sen. Harris — and their media allies — are completely ignoring that the early estimates from our country’s top epidemiologists (the scientists they claim Trump disregards), who predicted the virus could kill a staggering 2.2 million Americans.

On March 30, White House coronavirus response coordinator Dr. Deborah Birx said that if the U.S. did absolutely nothing, up to 2.2 million people could lose their lives. Importantly, she said “if we do things almost perfectly,” we could see as many as 200,000 casualties.

Contrary to the current anti-Trump media narrative, when President Trump heard these estimates, he took them incredibly seriously.

Recall that the day that Trump announced these bans, Biden accused Trump of “hysterical xenophobia.” Days before, Biden wrote in an op-ed for USA Today that travel bans would “make things worse.” (Months later, he backtracked and said that he agreed with travel bans to deal with the virus.)

In February, House Speaker Nancy Pelosi, D-Calif., made a show of going to San Francisco’s Chinatown — making the claim that concern about the virus was driven by racist sentiment.

This of course was all for politics — and no serious person today would say we should have left travel open to China.

But the travel ban was only the start of President Trump’s effort.

From the start, the Trump administration utilized parts of the CARES Act and Families First Coronavirus Response Act to ensure vaccines could be freely and widely distributed once they were developed.

In March, President Trump announced Operation Warp Speed, in which the Department of Health and Human Services provided $456 million so industry could begin developing these vaccines.

The Defense Production Act was activated in May so that NASA, Ford Motor Co., Tesla and others could help design and produce ventilators for hospitals and medical facilities that needed them to treat COVID-19 patients.

And in July, the National Institutes of Health announced a $129.3 million project to boost testing for COVID-19.

Contrary to the typical Washington bureaucracy model, President Trump immediately reached out to — and has been working with — American business leaders to see how we could unlock industry to help us defeat the virus.

Meanwhile, Biden and Harris have released their plan for taking on the virus and — as

Vice President Mike Pence said during his debate — the Biden-Harris plan appears to be a plagiarized copy of the plan the White House has been implementing for months.

In fact, Biden already has a terrible track record of failing to deal with pandemics — and his previous tenure as vice president is part of the reason that federal agencies were strapped for resources at the start of the COVID-19 crisis.

In May, Biden’s own former chief of staff, Ron Klain, told Politico it was “purely a fortuity” that the Obama administration’s handling of the H1N1 flu outbreak didn’t turn out to be “one of the great mass casualty events in American history.” Klain continued: “It had nothing to do with us doing anything right. It just had to do with luck.”

We don’t need to ask Biden how he would have dealt with the current pandemic, because we know how badly he handled the last major viral event.

Throughout this entire process, Democrats at every level have put politics ahead of American lives, made egregious claims about the Trump administration, and arrogantly taken unearned credit for their handling of the coronavirus.

As I mentioned, New York has had a total of 32,990 COVID-19 deaths since the pandemic began, according to the CDC. This is largely because on March 25, New York Gov. Andrew Cuomo forced nursing homes to admit nearly 6,300 recovering COVID patients from hospitals. This was a devastating move.

As of now, the New York Department of Health reports 6,661 total deaths in these facilities, but the New York Post points out that this number ignores nursing home residents who died in the hospital.

New York state Health Commissioner Howard Zucker has the real figures, but he has kept them secret for months. In the meantime, Gov. Cuomo took a completely unjustified— and deeply bizarre — “victory lap” for his response to COVID-19. He’s now attacking some members of New York’s Jewish population and seeking to blame them for a second wave of infections.

Similarly, New Jersey has had 16,174 COVID-19 deaths as of Tuesday — the highest per capita rate in the nation. It’s been reported that nearly 53 percent of people who have died of COVID-19 in the state were living or working in state-run nursing home facilities that were forced to accept COVID-19 patients from area hospitals.

Yet, the national media are also ignoring New Jersey Gov. Phil Murphy’s responsibility for this fatal incompetence — and seeking to blame the president.

Biden, Harris, Democrats, and the left-wing media may continue to lie about COVID-19. But in the end, the American people will recognize the lives that have been saved and the real efforts that have been made to save them.

The virus has tragically killed more than 215,000 Americans. President Trump — and the brave men and women in our public health system — have saved 2 million.