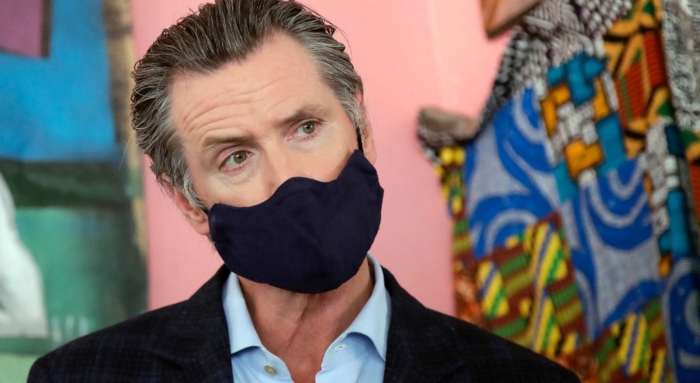 SACRAMENTO — California health officials late Friday released rules allowing social gatherings for the first time since the pandemic began, enabling up to three households to get together outdoors.

Details: The new rules follow general guidance that has emerged over the last several months.

Participants must stay six feet apart and wear masks except while eating or drinking. Besides requiring gatherings outside, the California Department of Public Health encourages residents to stick to the same three households as much as possible, essentially forming a social bubble. Such occasions can occur at private homes or in parks.

The state says hosts should make sure to log the names of all attendees and their contact info in case of an infection. It says anyone with symptoms should not attend and that anyone who contracts Covid-19 within 48 hours should notify other attendees as soon as possible.

People attending gatherings can go inside to use the bathroom as long as it is regularly sanitized.

Such events should last no longer than two hours to limit exposure. And singing, chanting and shouting are “strongly discouraged,” though if they occur, participants should wear masks and try to keep the volume down.

Context: The state until now has prohibited gatherings of households, though many have gotten together for months.

It comes as California infection rates are on the decline after a summer surge. Gov. Gavin Newsom’s administration has steadily rolled out additional guidelines in the last few weeks for activities that had little clarity until now. In late September, the state released rules enabling playgrounds to reopen.

Newsom and health officials expressed concern this spring about gatherings after some Mother’s Day and graduation get-togethers led to disease spread, particularly those that occurred indoors.

What’s next: The biggest impact is laying out best practices when gathering. Many residents have already formed social bubbles or gotten together outside and faced little risk of enforcement.

The rules come as the weather begins to cool heading further into the fall and winter, potentially testing whether residents will heed the advice to keep social gatherings outdoors.