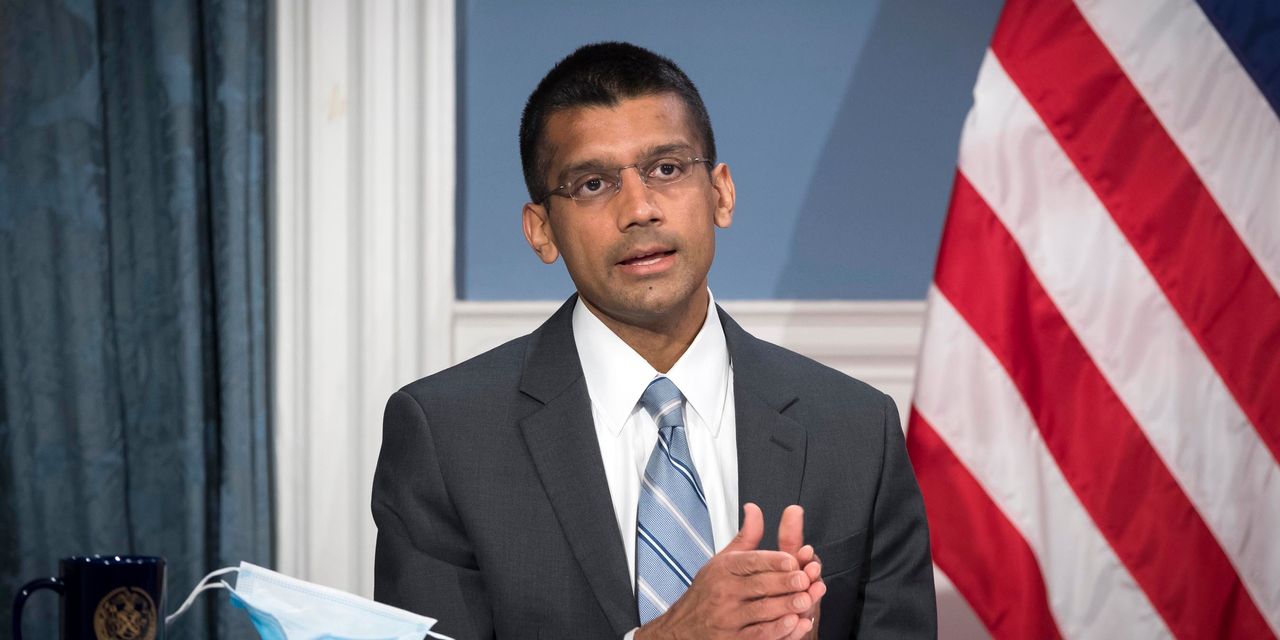 When Dave A. Chokshi was appointed commissioner in August of the New York City Department of Health and Mental Hygiene, the percentage of New York City residents testing positive for the coronavirus was at one of its lowest points, a promising moment that put the worst days of the pandemic in the rearview mirror.

But only 10 weeks into his tenure, Dr. Chokshi, a primary care physician, has pressing worries.

With a resurgence of cases in Brooklyn and Queens—which have now required new lockdowns in several neighborhoods, including the one where he lives with his wife and toddler daughter—Dr. Chokshi is concerned about controlling hot spots. He is worried that misinformation about herd immunity and the seriousness of the illness, as well as testing, has played a role in the spread of the virus in Brooklyn and Queens.

“I’m worried that what we’re seeing with respect to the increase in cases will turn into increases in hospitalizations and more severe illness,” he said during a recent interview. “The science tells us that as soon as cases go up, you know there is a lag, but hospitalizations will go up after that as well.”

Dr. Chokshi, 39 years old, takes over the commissioner role at one of the most pivotal moments in New York City’s history. He was appointed by Mayor Bill de Blasio to succeed Oxiris Barbot, a longtime public health executive, who resigned after clashing with Mr. de Blasio. So far, Dr. Chokshi has overseen the health department’s role in reopening gyms, schools and restaurants to some indoor dining.

Dr. Chokshi came to the job after serving as the chief population health officer of Health + Hospitals, the city’s public hospital system. Treating patients at the city’s hospitals during the height of the pandemic in March and April and formative work experiences responding to Hurricane Katrina in 2005 and to superstorm Sandy in 2012 have given him the experience to fill the commissioner role, he said. He has given up caring for patients, for now.

Dr. Chokshi said he wasn’t striving for the job and was honored to be considered by the mayor for the position.

“It feels like the experiences and the expertise that I’ve built up over the course of my career are matched to the moment that we’re in,” he said.

The health commissioner job is a top role in a somewhat narrow field. People familiar with the job say Dr. Chokshi is a bit of an uncommon pick to lead such a large department, but described him as smart and nice.

The department itself, with more than 6,000 employees, has been strained since the start of the pandemic, hobbled from the get-go by the lack of access to coronavirus testing.

In her resignation letter, Dr. Barbot wrote that she was disappointed that the department’s “incomparable disease control expertise was not used to the degree it could have been.”

Dr. Chokshi said his agency hasn’t been sidelined in the response to Covid-19. A crisis of this magnitude, he said, requires the entire government, and the health department should work with anyone else that can rise to this challenge.

Addressing staff morale is among Dr. Chokshi’s priorities. Staff have been working tirelessly, with little reprieve, he said. He hopes to stave off any head count reductions, trimming his health department’s budget in other ways.

“Our economic recovery flows through our public health response,” he said.

On a recent morning, Dr. Chokshi was delivering kudos to health department staff at a newly refurbished space on the Upper West Side. At this city-operated health clinic, New Yorkers can get a coronavirus test with almost no wait time, with results in less than a day.

Central to these clinics is new, state-of-the-art laboratory equipment which makes it easier and faster to do testing. The city rolled out the use of these laboratory machines, which are made by Cepheid, in 2019.

The equipment was originally used for rapid testing for chlamydia and gonorrhea. With roughly $135 million in funding from the federal government, more Cepheid machines are being added at health clinics across the city for the purpose of Covid-19 testing. Later, when the pandemic passes, they can be used for other testing.

But with progress comes a setback: the city can’t get enough of the laboratory supplies, specifically the reagents to run a test, to use the equipment at full tilt.

Then there is the issue of how best to trace the contacts of a person who tests positive.

In speaking to staff at the clinic, Dr. Chokshi asked whether it made sense to invite a person who tests positive to come back to the health center to conduct a tracing interview. He thought it might be possible that a patient would more likely complete the interview that way.

After talking through the various steps with Jennifer Rakeman, who leads the city’s public health lab, the idea was quickly dismissed.