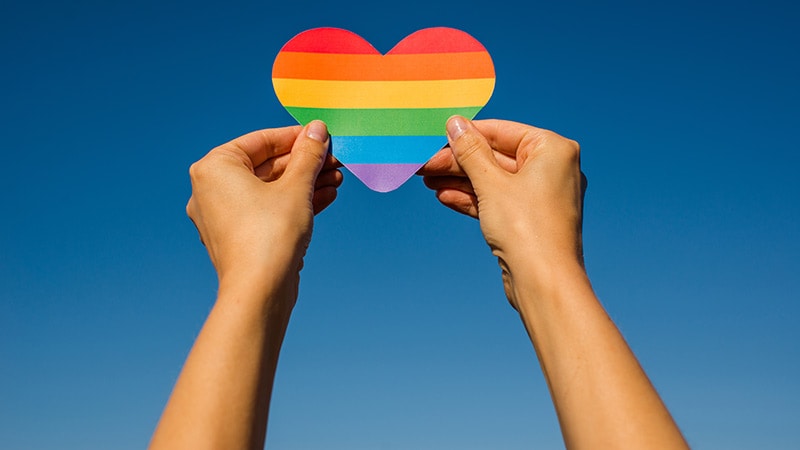 Cardiovascular health should be routinely assessed and addressed in lesbian, gay, bisexual, transgender, and queer or questioning (LGBTQ) adults, the American Heart Association (AHA) concludes in a new scientific statement.

“Among the most important takeaways from this scientific statement is the need for healthcare providers in clinical settings to routinely assess sexual orientation and gender identity,” Billy A. Caceres, PhD, RN, chair of the statement writing group, told theheart.org | Medscape Cardiology.

“This will help healthcare providers engage LGBTQ patients in discussions about their heart health that account for the unique experiences of this population,” said Caceres, assistant professor, Columbia University School of Nursing, New York.

The statement was published online October 8 in Circulation.

There are roughly 11 million LGBTQ adults in the United States, yet they are often “invisible in healthcare settings and cardiovascular research,” Caceres noted. The AHA scientific statement is the first from a national organization in the United States to comprehensively summarize the evidence on cardiovascular (CV) research in LGBTQ adults, he said.

There is mounting evidence that LGBTQ adults experience worse CV health relative to their cisgender heterosexual peers. Disparities in CV health may be driven by unique psychosocial stressors in the LGBTQ individuals such as family rejection and anxiety of concealment of their sexual orientation or gender identity.

While there is limited information on the CV health of LGBTQ people, the writing group says providers should be aware of the following:

“We need to better understand how to support LGBTQ adults in optimizing their CV health. To do this, we will need rigorous research that examines potential explanations for the CV health disparities that have been observed in LGBTQ adults,” Caceres told theheart.org | Medscape Cardiology.

He noted that research is also needed within the LGBTQ population among groups that might be at greater risk for heart disease, including racial and ethnic minority and low-income LGBTQ adults.

“Researchers should also design and test evidence-based interventions to promote the heart health of LGBTQ adults. This is an area that is greatly lacking within CV health research,” said Caceres.

The writing group cites data showing that nearly 56% of sexual minority and 70% of gender minority adults report having experienced some form of discrimination from clinicians, including the use of harsh/abusive language.

“Perhaps most alarming,” roughly 8% of sexual minority and 25% of transgender individuals have been denied healthcare by clinicians, they note.

The writing group calls for greater emphasis on LGBTQ health issues in the education of all healthcare providers. Caceres said it’s “paramount to include content about LGBTQ health in clinical training and licensure requirements in order to address these cardiovascular health disparities.”

Traditionally, there has been very little LGBTQ-related content in healthcare professional education training. A 2018 online survey of students at 10 medical schools found that approximately 80% of students did not feel competent to provide care for transgender patients.

But that may soon change. In September 2020, the Accreditation Review Commission on Education for the Physician Assistant began requiring LGBTQ curricular content, the writing group notes.

The AHA scientific statement on LGBTQ was developed by the writing group on behalf of the AHA Council on Cardiovascular and Stroke Nursing, the Council on Hypertension, the Council on Lifestyle and Cardiometabolic Health, the Council on Peripheral Vascular Disease, and the Stroke Council.