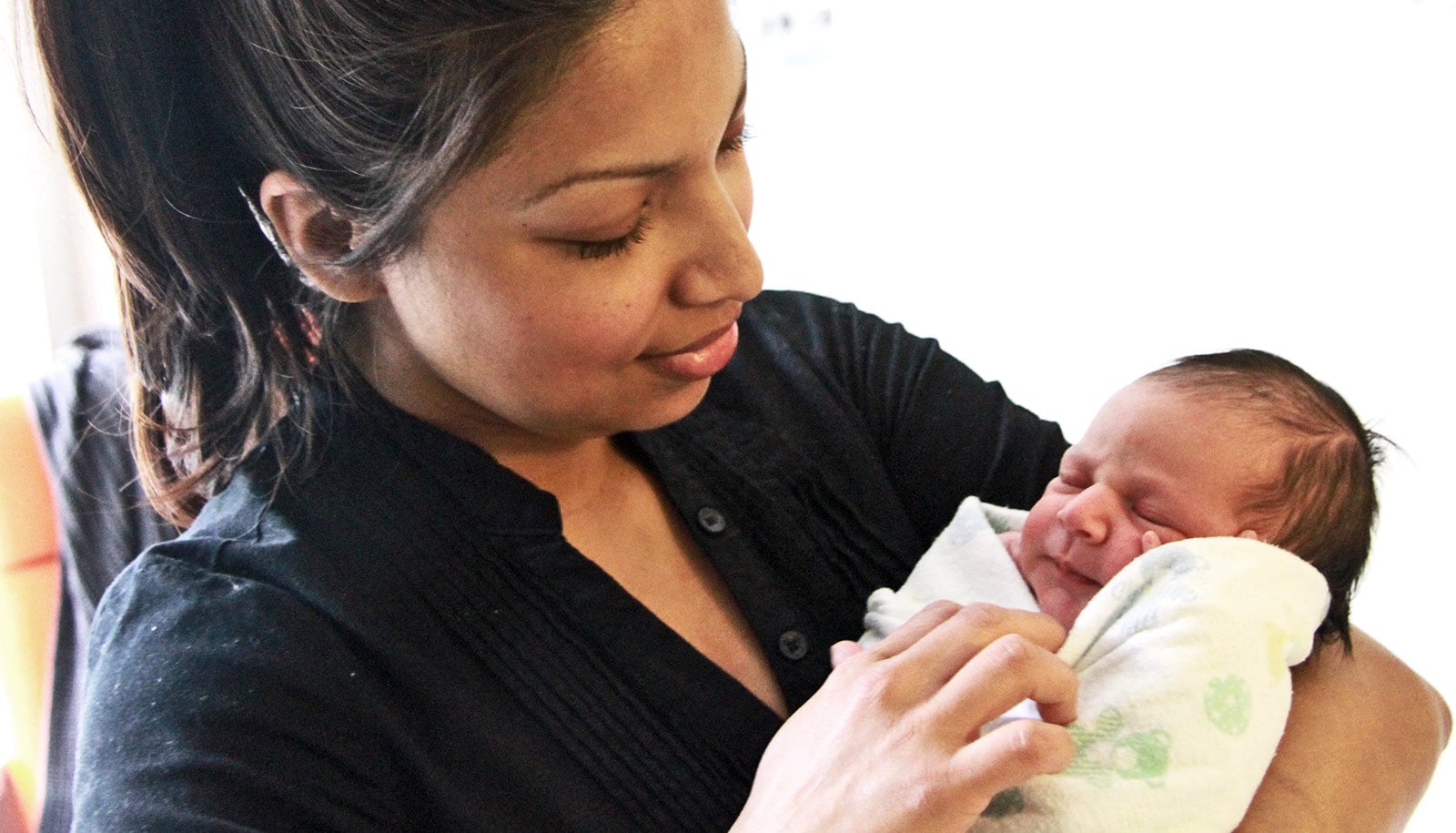 You are free to share this article under the Attribution 4.0 International license.

To understand the importance of early-life attachment to mothers and how it affects the likelihood of success across generations, we can learn a lot from monkeys, researchers say.

In a long-term study of rhesus monkeys, the researchers quantified the health and social benefits of secure mother-rearing and attachment.

The working paper in the National Bureau of Economic Research suggests that the benefits of early attachment persist for generations.

For the study, the scientists observed 650 mother-infant pairs. At birth, researchers randomly assigned monkeys to be reared by their mothers or reared in a nursery. Those monkeys who were nursery reared had human caregivers for the first 40 days and were then either assigned to a cloth surrogate with daily peer playtime, or housed together with four other monkey peers. After eight months, all monkeys were housed and treated identically. This randomization occurred in subsequent generations as well.

“[Monkeys] are very valid models for human conditions, but they develop four times faster. We can get answers much faster than we can from humans.”

According to Dettmer, rhesus monkeys can reveal important insights for understanding human behavior. They share 93% of their DNA with humans, develop attachment at infancy, and have similar social structures to humans.

“They are very valid models for human conditions, but they develop four times faster,” she says. “We can get answers much faster than we can from humans.”

Unlike in studies of humans, in which children cannot be randomly assigned to particular early life experiences, this experimental paradigm allowed researchers to test causality—rather than simply correlation—between early social experiences and later health outcomes. And because the researchers had access to data collected over four decades, they were also able to show how these early-life advantages benefited generations of descendants.

These monkeys also scored higher on dominance measures—achieving a higher social ranking as evidenced through easier access to food and sweets and grooming from preferred partners.

“These were the monkeys who got the banana first,” Dettmer says.

Nursery-reared monkeys whose mothers were reared by their mothers did not realize the same benefits. That is, researchers found that the benefits of mother-rearing were only positive for the offspring of mothers who themselves were reared by mothers.

“Parenting,” the authors conclude, “is the primary channel of intergenerational transmission of early-life advantage.”

Dettmer notes that monkeys assigned to nurseries were still given “an extremely enriched environment with access to caregivers around the clock” as well as daily playtime and “stimulating cognitive assessments.” But the absence of a mother caregiver had a lasting impact, she says.

Heckman has previously shown that investments in a child’s early years via quality early childhood programs yielded benefits across their lifespan.

The current paper looks at how investments in early care and secure attachments provides benefits that persist across generations. The monkeys who were nursery-reared can be equated with children who are unable to develop secure attachments, says Dettmer, such as might be experienced by those in foster care.

Dettmer’s lab is continuing research, not only into the health and behavioral outcomes of early attachment but also into changes that might be happening at the biological level.

“We want to see how early experiences influence DNA methylation and how that, too, helps to explain differences,” she says.