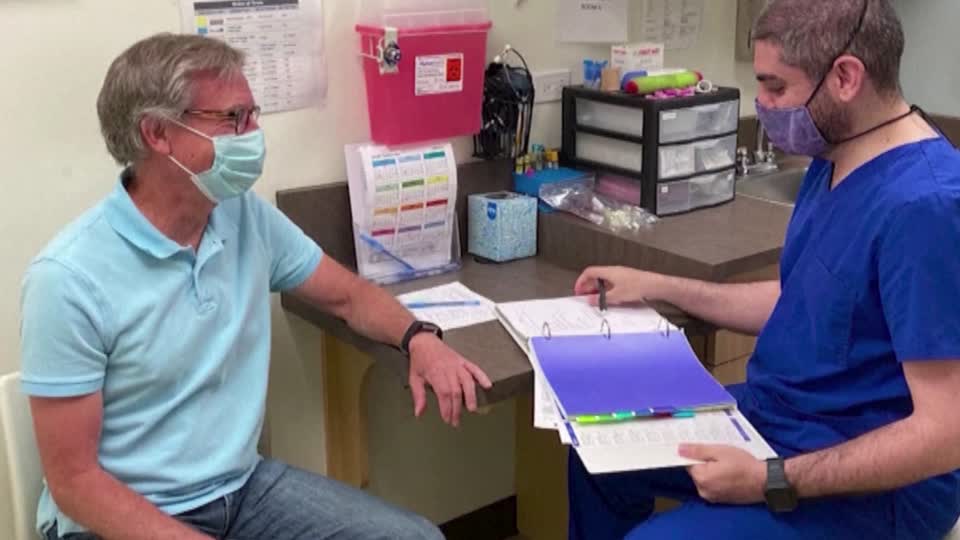 That’s according to an early study, published in the New England Journal of Medicine on Tuesday, which showed the vaccine produced virus-neutralizing antibodies at levels similar to those seen in younger adults.

Researchers said the side effects of the vaccine were roughly on par with high-dose flu shots.

The study was an extension of Moderna’s Phase I safety trial, first conducted in individuals aged 18-55.

It tested two doses of Moderna’s vaccine in 40 adults over the age of 56.

Side effects – including headache, fatigue and body aches – were deemed mainly mild to moderate. But in at least two cases, volunteers had severe reactions.

Georgia resident Norman Hulme told Reuters he took the lower dose of the vaccine as part of the trial:

“No reaction at all. People ask me about that all the time. You know, friends, ‘how are you feeling?’ It sort of was like getting a flu shot. Really, very non-event oriented.”

He said he decided to take part in the trial after watching first responders in New York and Washington State earlier this year.

“Somebody had to do it. And I’m not making myself like a hero. But, I mean, it’s important to science that this data is captured. It seemed like a good approach. Well-thought out approach.”

Moderna is now testing the higher dose vaccine in a large Phase III trial… the final stage before seeking emergency authorization or approval.