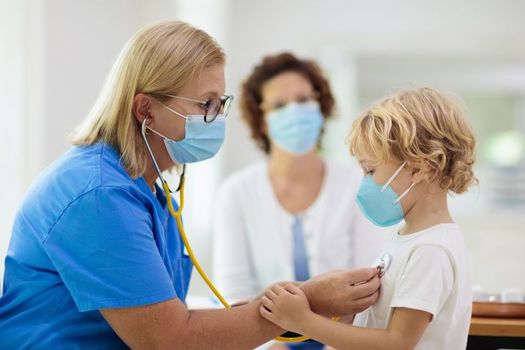 Healthcare advocates worry that drops in children’s insurance coverage could only worsen as a result of the pandemic. (Adobe Stock)

JEFFERSON CITY, Mo. — During a time when the economy was notably strong, Missouri saw a significant increase in the number of children without health coverage.

An annual report released today by the Georgetown University Center for Children and Families reveals in 2019, roughly 95,000 kids in Missouri were uninsured, a nearly 34% increase from 2016.

Lindsey Baker, research director for the Missouri Budget Project, said the trend has long-term consequences, both for children and communities across the state.

“Without health coverage, children can’t access the care that they need to grow and thrive,” Baker asserted. “And there are long-term implications, both for health directly but also for economic success as those children grow older.”

Missouri’s rate of uninsured kids mirrors the national rate and reverses a longstanding positive trend. And Baker noted the number of uninsured children is likely to continue to increase, as the data was collected before the pandemic.

Joan Alker, executive director of the Georgetown Center for Children and Families, said the jump in uninsured rates could be linked to efforts by the Trump administration to dismantle the Affordable Care Act.

She explained without funding for outreach and ‘navigators’ to assist with enrollment, some parents don’t even try to sign up.

“Families have been getting negative messages that coverage is going away,” Alker observed. “At the same time that community-based resources to help them find public coverage have shrunk.”

Baker outlined a number of things can help improve health insurance rates among kids. Missouri recently passed Medicaid expansion, and she explains when parents are covered, children are more likely to be covered as well.

Also, Baker suggested policies that removed some barriers to enrollment during the pandemic could be made permanent.

“Medicaid is more important than ever in filling gaps in health coverage for families who have lost employer sponsored insurance because of unemployment tied to the pandemic,” Baker stressed. “And so, while ensuring that kids are covered is always important, it’s critically important right now, during a pandemic.”

Disclosure: Georgetown University Center for Children and Families contributes to our fund for reporting on Children’s Issues, and Health Issues. If you would like to help support news in the public interest, click here.