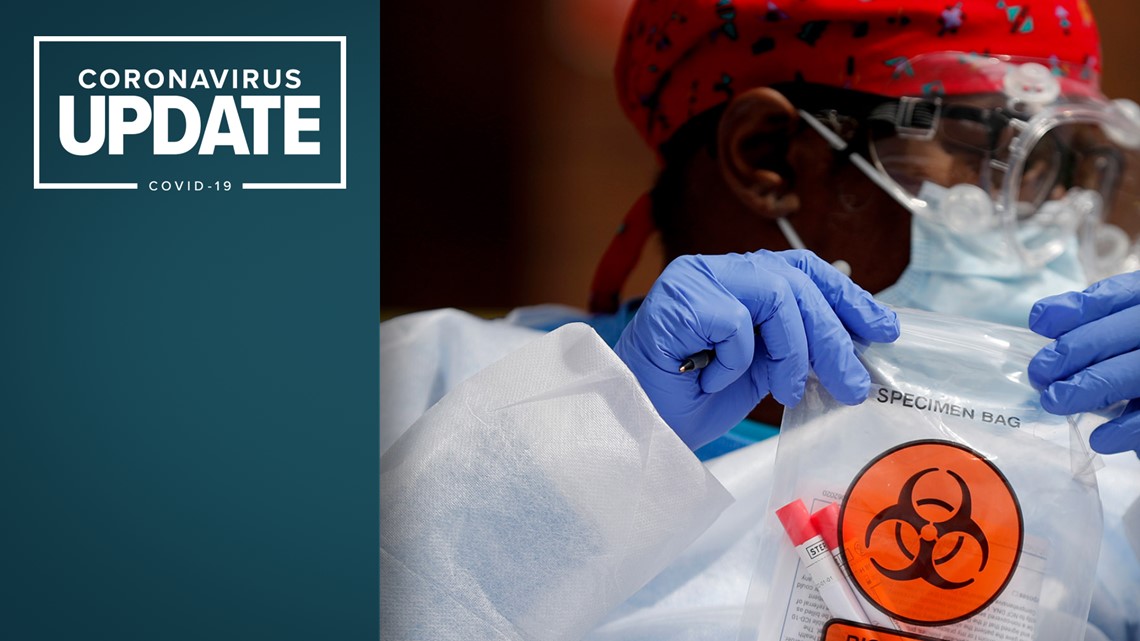 The statement released Sunday said the error was initially raised Saturday morning, at which time the dashboard team began working to identify the problem

ST. LOUIS — The Missouri Department of Health and Senior Services said the update to its COVID-19 dashboard that showed 5,066 new COVID-19 cases Saturday was due to a “data extract error”, which has also delayed the dashboard update on Sunday.

On Saturday, the department’s dashboard showed 144,230 COVID-19 cases, an increase of 5,066 from the number reported Friday. That would have been more than double the largest increase of any other day during the pandemic.

The department did not provide a reason on Saturday as to why the number of new cases was unusually high. The statement released Sunday said the error was initially raised Saturday morning, at which time the dashboard team began working to identify the problem.

“A database extract error on Oct. 10 resulted in an incorrect inflation of the number of reported cases going back over several days, suggesting that 5,020 cases had been added in 24 hours,” a release from the department said Sunday.

As of 5 p.m. Sunday, the numbers reported Saturday still appear on the dashboard although it is unclear if they are accurate. The release said the issues were limited to cumulative reporting on the dashboard.

The department said “members have examined the system issue and are working urgently to resolve it.”

“When this issue was initially raised Saturday morning, the dashboard team began working through the data to identify the problem and are working through the weekend to correct the underlying issue,” said DHSS Director Dr. Randall Williams in the press release. “Missourians should feel confident that we appreciate their feedback and continue to adapt our processes to ensure effective and accountable reporting to our citizens.”

The number of people hospitalized with confirmed cases of COVID-19 decreased from 285 to 266 Sunday. Despite that decrease, the seven-day average increased from 259 to 266.

Last Sunday, the task force reported just 229 COVID-19 hospitalizations, the least in the area since July 19.

Below is a full breakdown of Sunday’s numbers:

After a computer upgrade delayed Saturday’s COVID admissions data, we are able to update Saturday’s numbers today, and report out Sunday’s data.

Here are the changes from Saturday: