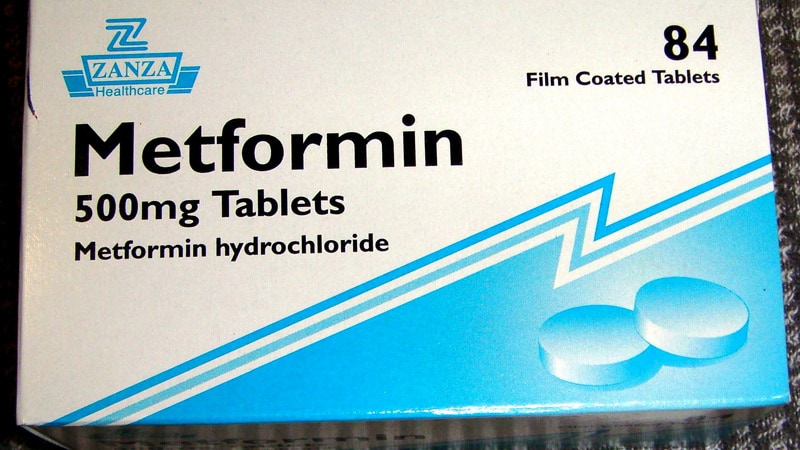 Older people taking metformin, the first-line treatment for type 2 diabetes, show significantly lower rates of dementia and cognitive decline compared to those with diabetes not receiving the drug, with the former having dementia rates that are, in fact, similar to people without diabetes, new research shows.

The findings are notable considering the increased risk of cognitive decline that is associated with diabetes, said Samaras, leader of the Healthy Ageing Research Theme at the Garvan Institute and an endocrinologist at St Vincent’s Hospital, Sydney, Australia.

“As they age, people living with type 2 diabetes have a staggering 60% risk of developing dementia, a devastating condition that impacts thinking, behavior, the ability to perform everyday tasks, and the ability to maintain independence,” she said in a press release issued by her institute.

And the results are particularly remarkable in that “few prior studies have controlled for multiple dementia risk factors, including the dementia susceptibility gene APOE4,” Samaras emphasized.

As the front-line drug treatment for type 2 diabetes, metformin has been extensively studied and, with some other research also showing cognitive benefits, “these results are not surprising,” Mark E. Molitch, MD, told Medscape Medical News.

Nevertheless, “this reinforces the idea that metformin should be the first drug used to treat diabetes, and it should be continued if other drugs are added for blood glucose control,” said Molitch, of the Division of Endocrinology, Metabolism & Molecular Medicine, at the Northwestern University Feinberg School of Medicine in Chicago, Illinois.

In the observational, prospective study, published online in Diabetes Care, Samaras and colleagues identified 1037 community-dwelling people without dementia between the ages of 70 and 90 who were enrolled in the Sydney Memory and Ageing Study in Australia.

Among the participants, 123 (12%) had type 2 diabetes, including 67 who were treated with metformin; 34 as a single medication and 33 in combination with other medications, most commonly sulfonylureas (70%).

There were no significant baseline differences between the groups in cognitive performance at baseline, after a multivariate adjustment. Their mean age was about 79.

There was also a slower decline in executive function in those treated versus not treated with metformin (P = .006), but again, the results were similar between those with metformin treatment and those without diabetes.

Although the rate of decline was also slower for memory, language, and attention/processing speed in the metformin group compared with the nonmetformin group, these results were not significantly different.

The patterns remained consistent when patients taking insulin were excluded.

MRIs of participants showed no differences in changes in brain volumes in the metformin versus nonmetformin patients; however, the images were only available for 2 years of evaluation.

In terms of baseline differences, the metformin group had significantly lower systolic blood pressure and fewer transient ischemic attacks at baseline compared with those not treated with metformin, however, the groups were otherwise similar.

Mechanism for Apparent Benefit of Metformin Is Unknown

Molitch noted that with the increased risk of cognitive decline in diabetes largely related to hyperglycemia, as measured by A1c, control of the condition by any means should feasibly reduce that risk.

“Any treatment lowering glucose levels should have some benefit, but metformin seems to have a greater benefit,” he explained.

“But the mechanism for this increased benefit is unknown.”

The authors theorize that the findings could translate to cognitive benefits from metformin even in the context of people without diabetes, and they are pursuing further research on the issue.

“To establish a definitive effect, we are now planning a large, randomized controlled trial of metformin in individuals at risk of dementia [to] assess their cognitive function over 3 years,” Samaras said in the statement.

Molitch said he is somewhat skeptical of the potential in people without diabetes.

“The answer here is maybe,” he said.

“It’s hard to definitively prove in diabetes and it will be even harder to prove in nondiabetes. They will need large numbers to show this.”

Metformin has shown benefits beyond diabetes in other contexts, including cancer, heart disease, polycystic ovary syndrome, and weight management, but other diabetes drugs also are showing similar benefits, Molitch noted.

“The concept of nonglucose-related effects of drugs is interesting and quite possible,” he said.

“The new class of SGLT2 inhibitors, for example, has been shown to slow the decline in kidney function and decrease cardiac events, especially heart failure, even in patients without diabetes, and these results seem independent of any change in glucose levels,” he noted.

Molitch was a coauthor on the Diabetes Prevention Program Observational Study, which, in data recently presented at the annual meeting of the American Diabetes Association, showed no beneficial effects of metformin on cognitive function.

The study was funded by the Australian National Health and Medical Research Council. The authors and Molitch have reported no relevant financial relationships.