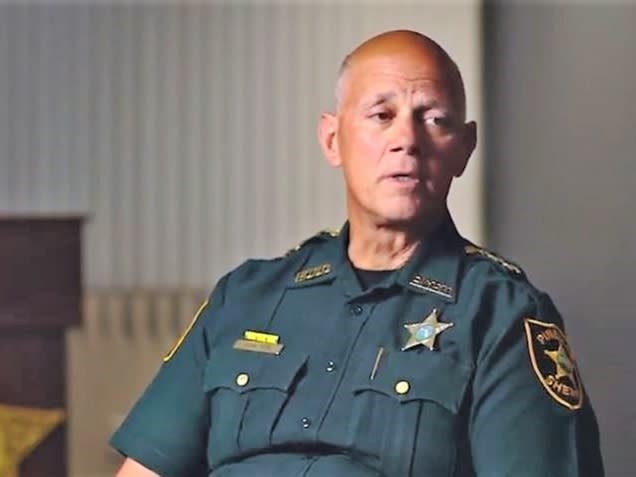 Those applying must have a bachelor’s or master’s degree in social work, psychology, counseling or a related field and have experience in case management, social work and substance abuse. Salaries would start at $45,800 a year.

The sheriff’s office formed its mental health unit in late 2016 consisting of two teams that include a deputy and social worker.

Many times, said Gualtieri, those perceived as violent or uncooperative are people experiencing a mental health crisis or drug abuse reaction.

Deputies have few options for dealing with people having a mental health crisis. They can either take the person to jail or involuntarily commit them to a mental health facility using the Baker Act. Either way, said Gualtieri, the person doesn’t receive the long-term mental health services he or she needs.

He said his office generally handles about 5,000 mental health-related calls every year. Since the coronavirus pandemic was declared, the sheriff’s office has seen an increase in calls due to people having anxiety and fear about becoming ill or becoming depressed due to job loss or isolation. The county has also experienced an increase in drug overdose and domestic abuse calls.

“The people who are least qualified to address the mental health issues, which are the cops, are being called upon too often to deal with the symptoms of mental illness,” Gualtieri said. “Criminalizing mental health disorders is not the way it should be handled.”

Expanding the mental health unit would put experts at the scene to assess the person’s mental issues and provide resources that can help the person deal with the problem on a long-term basis.

Having mental health professionals on scene to handle unstable people would also reduce the need for deputies to use physical force, something Gualtieri has vowed to do following protests about police brutality.

“We can treat people better and produce better outcomes while keeping them out of the jail and out of the Baker Act system, which is what this initiative seeks to do,” Gualtieri said. “We’re breaking the mold, and we’re creating a different model. We must do that if we want a different result.”

The mental health unit will be on duty from noon to midnight Monday through Friday, the peak times for mental health-related calls.

Initially, the unit will work in a pilot area between State Road 580 in Clearwater and Park Boulevard in Pinellas Park before expanding countywide.

Those wishing to apply for the mental health unit can click here.

This article originally appeared on the Clearwater Patch