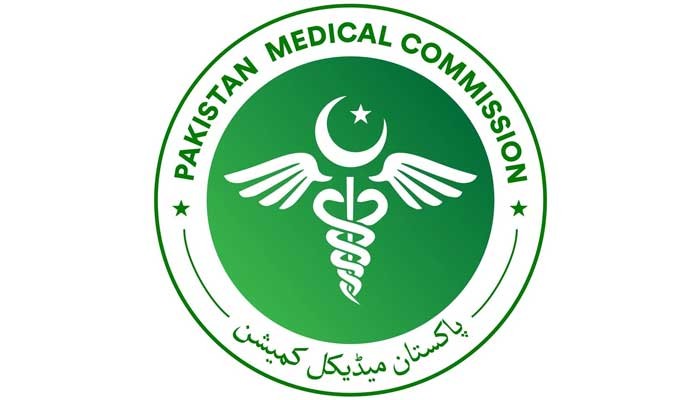 Opposing the recently passed Pakistan Medical Commission (PMC) bill, medical experts and the Sindh Health Department vowed to launch a countrywide protest campaign if the bill was not revoked and the Pakistan Medical Dental Council (PMDC) was not restored.

During a news conference at the Karachi Press Club on Saturday, the Young Doctors Association (YDA) condemned the federal government for getting the PMC bill passed from the parliament, saying that the bill would turn medical education into a money-minting business and give unlimited autonomy to private medical and dental colleges to fix fees and admit students.

Maintaining that the step to abolish Pakistan Medical and Dental Council (PMDC) would cause deterioration in the standard of medical education and create problems for doctors serving abroad, the health experts said that apex court had already declared it null and void, but the incumbent government was taking arbitrary and anti-people decisions by using its marginal majority in the parliament.

“We appeal to the chief justice of Pakistan and the supreme bodies of this country to take stock of the situation and prevent the Centre from taking arbitrary decisions, otherwise we would be compelled to launch a countrywide protest campaign against the government,”said YDA Sindh Chairman Dr Umer Sultan.

Meanwhile, Sindh Health Minister Dr Azra Pechuho said the parliament in its joint sitting had passed the PMC bill, which had earlier been rejected by a majority vote in the senate and was voted in when most of the opposition members were not present.

“Other than that, this bill will be a disaster for smaller provinces because it allows private medical colleges and universities to admit students irrespective of their domiciled province.”

Pointing out that a larger number of doctors — around 2,700 — get medical degrees from private colleges and universities, as there was no domicile bar for private institutions under the piece of legislation, the provincial minister said: “Through this bill, most of the seats in Sindh in the private sector will be filled by students from Punjab, and on graduating, these doctors will go back to serve their home province, causing a shortage of doctors in Sindh.”

She further reiterated that under this act the federal government had also notified a Medical & Dental College Admission Test, or MDCAT, for students joining medical colleges and universities.

The entrance tests will be designed by the Centre based on the federal curriculum when each province has its own boards and its own curriculum, so this will put the students from the provinces at a disadvantage, she underscored.

“Last year the closing percentage for exams was 93 per cent in Punjab and 73 per cent in Sindh — a difference of 20 per cent, which was even higher for other smaller provinces,” she recalled, adding that private colleges and universities are free to set their own fee structure, which opens the opportunity for the elite and moneyed to have access to professional education irrespective of merit, as private institutions are here to do business.