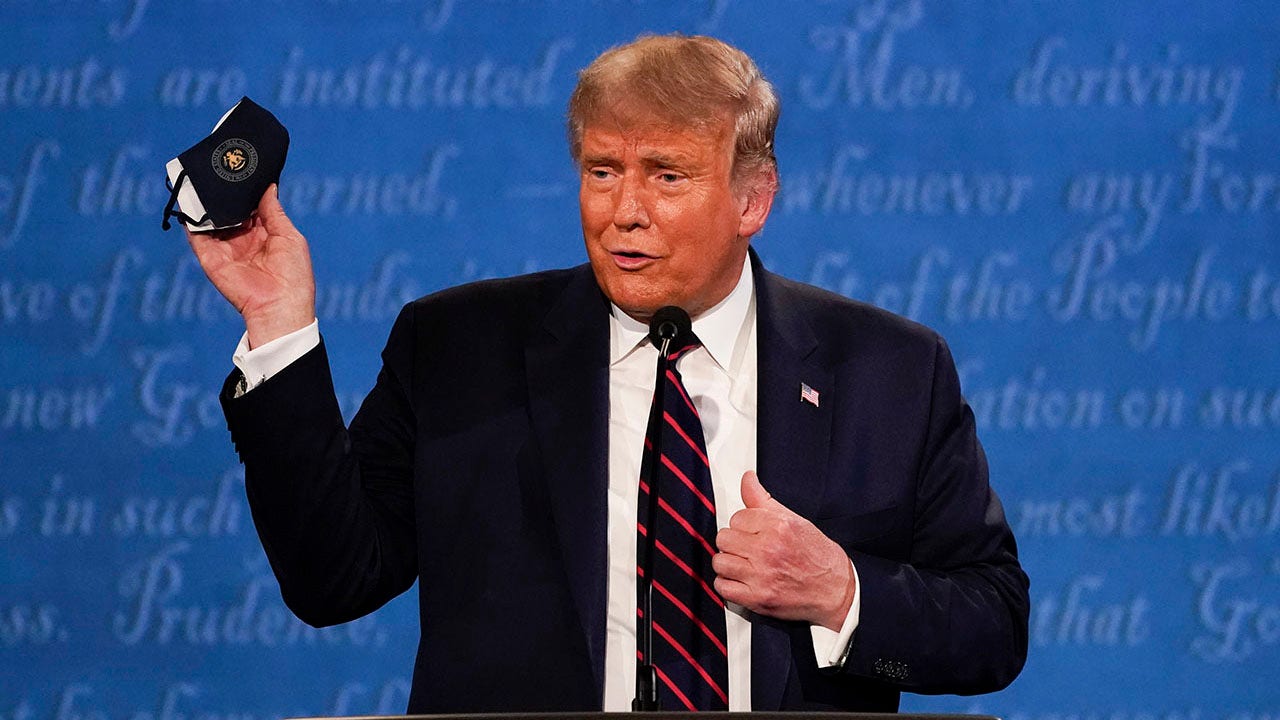 Several mainstream media outlets expressed skepticism of White House statements about President Trump’s health Friday following the announcement that he had tested positive for the coronavirus.

Washington Post media columnist Margaret Sullivan led the charge following the president’s diagnosis, writing a column with the headline, “Journalists, beware: This White House can’t be trusted to be truthful about Trump’s health.”

“With President Trump apparently struck by covid-19 [sic] a month before a critical election and after 200,000 American deaths from the disease, what we really need right now is an entirely credible, fact-based voice from the White House,” Sullivan began, adding, “Good luck with that. With the exception of Anthony S. Fauci, and maybe a few other top medical experts, there isn’t a trusted truth-teller in sight.”

Sullivan then outlined what she called a “culture of lies” in the Trump administration, singling out former Press Secretary Sean Spicer and current Press Secretary Kayleigh McEnany.

“Once upon a time, when a president or his press secretary made a statement on a crucially important matter, it was simply considered news. And reported as such,” Sullivan continued. “The time for that is long past. The stakes are higher than ever, and the demand for proof should be, too. Otherwise, Americans will reasonably come to an unavoidable conclusion: If the statement is from the president’s tweet, or from the press secretary’s mouth, there’s no reason to think it’s true.”

CNN anchor Anderson Cooper determined that any public statements from the White House are “pretty much meaningless,” claiming “they have no idea” how long President Trump will actually be staying at Walter Reed Medical Center.

“Mark Meadows did acknowledge that the president is experiencing symptoms of coronavirus, not just a positive test, but he has symptoms,” Karl said. “He said those are mild symptoms. Of course, there’s a real question of exactly what you can believe in terms of how they are characterizing this.”

Responding to co-host Sunny Hostin’s concerns that the president will “downplay” his own health problems, Karl replied: “The sad truth is we really can’t trust at face value what comes out of the White House on this … There has been so much misinformation that has gone out, you know, about the virus, about the pandemic, about things like voter suppression, it’s really hard to know what to believe.”

“Here we are in 2020 and, as hard as it is to believe … we have reason to doubt the medical statements that come out of the White House,” Williams said before citing former White House physician Dr. Ronny Jackson’s “exuberant medical briefing” and the president’s unexplained past trips to Walter Reed Medical Center.

“So this is what happens when there’s a chipping away of institutions, of the truth and matters of public record that we’ve become used to with past presidents… [Walter Reed] is where we treat our presidents and we’re used to forthright briefings on our presidents and I think we have cause to view these statements thus far with skepticism.”

Politico chief political correspondent Tim Alberta urged that a doctor hold a press conference “ASAP” to discuss the president’s health, writing, “If this was happening in another country, we’d be highly skeptical of what the government was telling us without hearing from the head of state himself/herself.”

“It is absolutely times like these when the White House needs the credibility it squandered time and again on meaningless stuff,” Alberta explained. “How do we know Trump has ‘mild symptoms’? How can they expect the public to believe this was done ‘out of an abundance of caution’?”

Vox ran the headline: “The future of the country hinges on Trump’s health — and we can’t trust he’s telling the truth.”

The world found out about Trump’s coronavirus diagnosis directly from the president himself on Twitter, but many journalists pointed out that the positive test result from top White House aide Hope Hicks was first reported by Bloomberg through anonymous leaks.

“Unclear when we would have learned about any of this… [Bloomberg reporter Jennifer Jacobs] first reported it not the White House,” Axios reporter Jonathan Swan tweeted.

“@JenniferJJacobs deserves a BIG hat tip here … She broke Hope Hicks had covid. It was not disclosed by the W.H.,” Politico correspondent Anna Palmer similarly tweeted.

However, some journalists are also floating conspiracy theories of their own. Hours before Trump went to Walter Reed, MSNBC host Joy Reid suggested that he was fabricating his coronavirus diagnosis.

“Here’s how wrecked Trump’s credibility is at this point,” Reid tweeted. “I’ve got a cellphone full of texts from people who aren’t sure whether to believe Trump actually has covid. ‘He lies so much,’ one friend just texted. ‘Is he just doing this to get out of the debates?’ others are texting.”