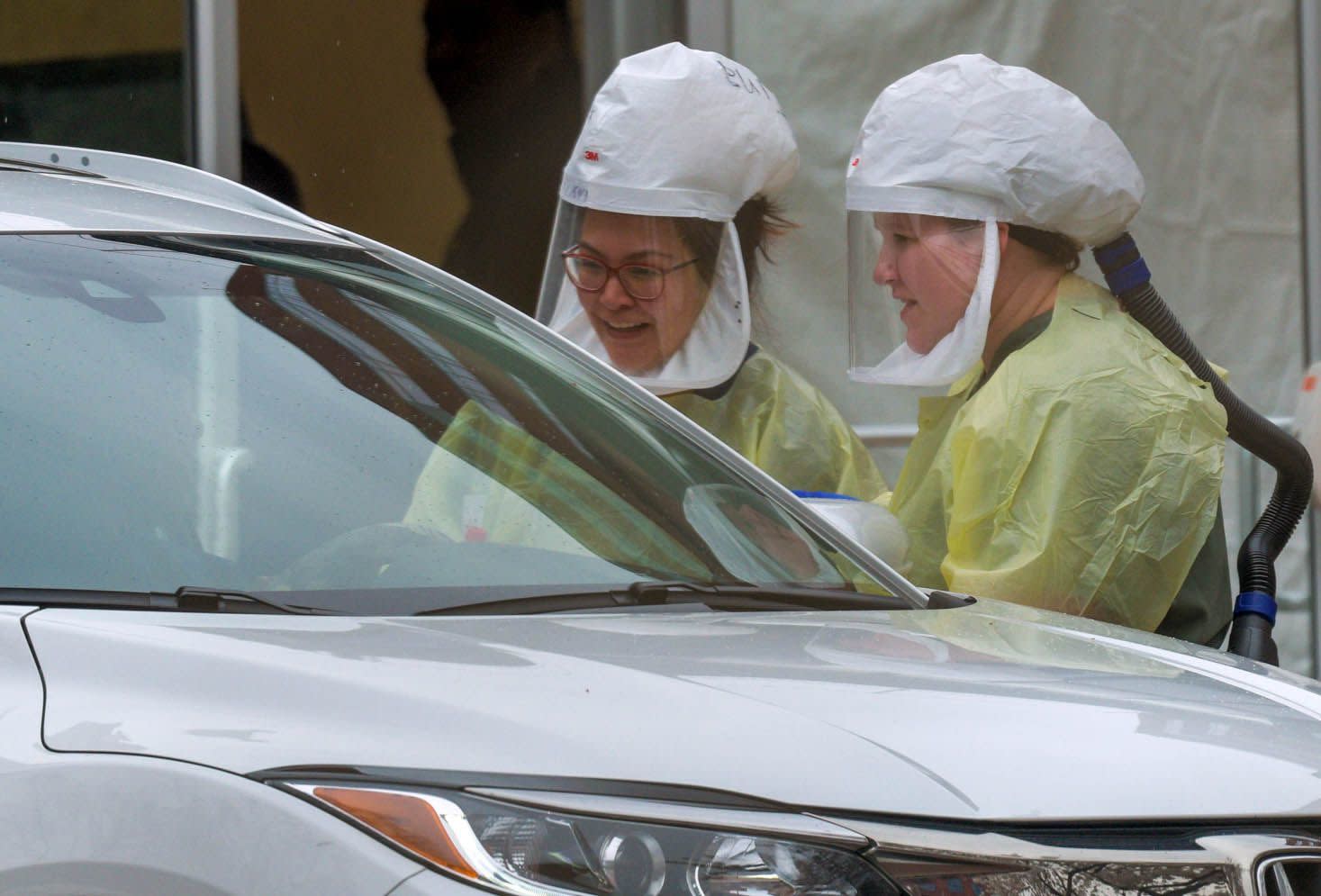 Sunday’s additions bring the state’s total to 131,357 cases of COVID-19 caused by the virus since officials began tracking the disease in mid-March. In total, 3,854 people have died in Maryland due to the disease or complications from it.

As of Sunday, 393 people in Maryland are hospitalized due to complications from COVID-19, 10 more people than Saturday.

As of Sunday, 11 more people are in acute care units for a total of 303 patients. According to the state, 90 people require intensive care , one fewer than Saturday.

The statewide seven-day average testing positivity rate is at 2.83% as of Sunday.

Johns Hopkins University’s coronavirus resource center, which calculates the rate differently from Maryland officials, has the state’s seven-day average positivity rate at 5.67% as of Sunday.

The World Health Organization recommends governments see 14 consecutive days with positivity rates below 5% before beginning to ease restrictions related to the coronavirus.

Maryland determines positivity using the number of tests conducted while Hopkins uses the people tested. Individuals who are tested multiple times, regardless of their results, are counted only once in Hopkins’ calculation.

The state’s reported rate has been below that figure for about three months, but it began its reopening before getting under the 5% mark, citing guidelines recommended by the Centers for Disease Control and Prevention.

Nearly two-thirds of all cases came from five counties and jurisdictions — Anne Arundel, Baltimore, Prince George’s and Montgomery counties along with Baltimore City — in the populated Baltimore-Washington D.C. corridor. Roughly 65.52% of the state’s population lives in those jurisdictions.

No county or jurisdiction has a seven-day positivity testing average above the 5% recommended rate as of Sunday.

Montgomery County, the state’s most populated jurisdiction with more than 1 million residents, led the state with 96 cases reported Sunday. However, the county’s seven-day average positivity testing rate remains below 3%, with state officials reporting a 2.39% rate Sunday.

Young adults contracted the virus at a slightly disproportionate rate compared to the rest of the population, as roughly 35.77% of Sunday’s cases, 201, were diagnosed in patients aged from 20 to 39 years old.

The pandemic continues to disproportionately affect the state’s Black and Latino populations. Roughly 62% of the state’s confirmed COVID-19 cases where information on race was available, 69,090, were found in Black or Hispanic residents. The two demographic groups represent less than half the state’s population.

In comparison, white residents — who constitute more than 58% of the state’s population, or about 50% when accounting for those who also identify as Hispanic or Latino — represented about 30.37% of all confirmed cases with 33,858. While the split is still disproportionate compared with the state’s population, white residents have slowly become a larger portion of the state’s total cases in recent months after representing less than a quarter of all cases in mid-July.

White people have a higher mortality rate compared with other races, with 1,638 cases proving fatal for a rate of about 4.84% as of Sunday. About 3.84% of cases among Blacks and about 1.58% of cases among Latinos were fatal. All of these rates have been decreasing at varying rates in recent months.

The state does not have racial demographic data for 19,860 COVID-19 cases.

While Maryland’s positivity rate and death totals have remained steady in October, not seeing 1,000 or more cases in a single day since early August, other states and countries are seeing a sharp increase in the rise of cases.

According to Reuters, 10 states posted record one-day rises in coronavirus cases on Friday and Johns Hopkins reported that the country has seen three consecutive days of 50,000 or more cases, the first time since mid-August.

In Spain, officials imposed a 15-day state of emergency on the capital of Madrid, and Germany tightened restrictions on social gatherings as countries across Europe have experienced a rise in coronavirus cases.

Visit The Baltimore Sun at www.baltimoresun.com