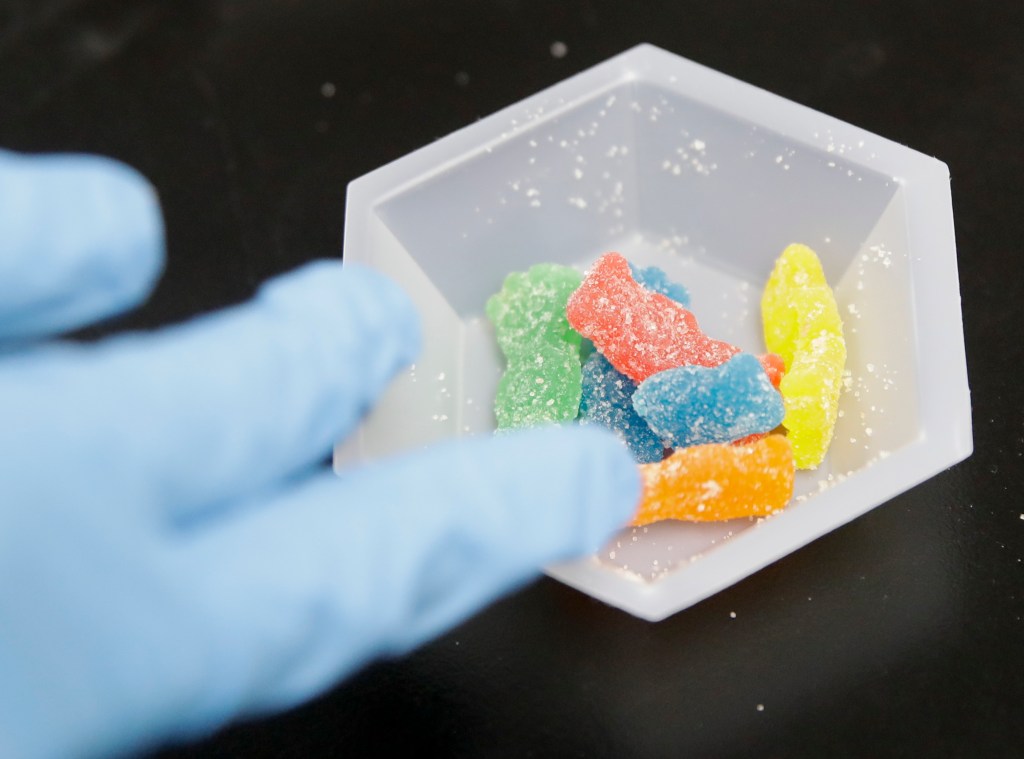 Marijuana edibles are not for children — yet they look often look like candy, which is. Unsurprisingly, since many states legalized marijuana sales and consumption, there’s been an uptick in the number of children getting into their parents’ stash of edibles, and eating them like, well, candy.

Here in Massachusetts, South Shore Health reports that its pediatric emergency department has seen a rise in cases involving kids who’ve become ill after eating candies, chocolates, sours and “gummies” that contain THC over the past few months.

The health system told NewsCenter 5 that a teenager was treated in the emergency department last week after having consumed five fruit-flavored candies that each contained 600 mg of THC.

A spokesperson added that South Shore Hospital has treated patients as young as 6 who have ingested THC-laced candies and treats.

“Children often can’t tell the difference between a food product laced with THC and one without. Edibles laced with THC, and intended for adult consumption and dosages, have a greater clinical impact on children based on their smaller size due to the child’s larger ‘volume of distribution,’” reads a statement from Dr. Mark Waltzman, the chair of pediatrics at South Shore Hospital.

The Massachusetts Poison Control Center reports that it saw a sharp rise in poisonous ingestions involving marijuana edibles in the first two quarters of 2020.

Edible marijuana in child-pleasing shapes have lead to similar incidents around the country — last year, children in Ohio and Florida were hospitalized after eating edibles laced with THC at their schools.

As any parent knows, “keep out of reach of children” is easier said than done. Even when parents hide their supply of edibles, kids will make a point of ferreting out the special “candy.”

If Massachusetts wants to keep children from ingesting edible marijuana, it needs to take a page from Missouri’s playbook.

Last month, a law took effect banning manufacturers from using shapes like animals, fruit or cartoon characters for their products, according to the Missouri Medical Cannabis Trade Association (MoCannTrade).

The premise, according to MoCannTrade, is to make these products sold to Missouri medical marijuana patients less likely to appeal to minors.

It’s a smart move. It make not stop every child from getting into an edible, but getting manufacturers to stop making a product for adults to look like confectionery for children will help enormously in keeping youngsters out of the hospital for THC reactions.