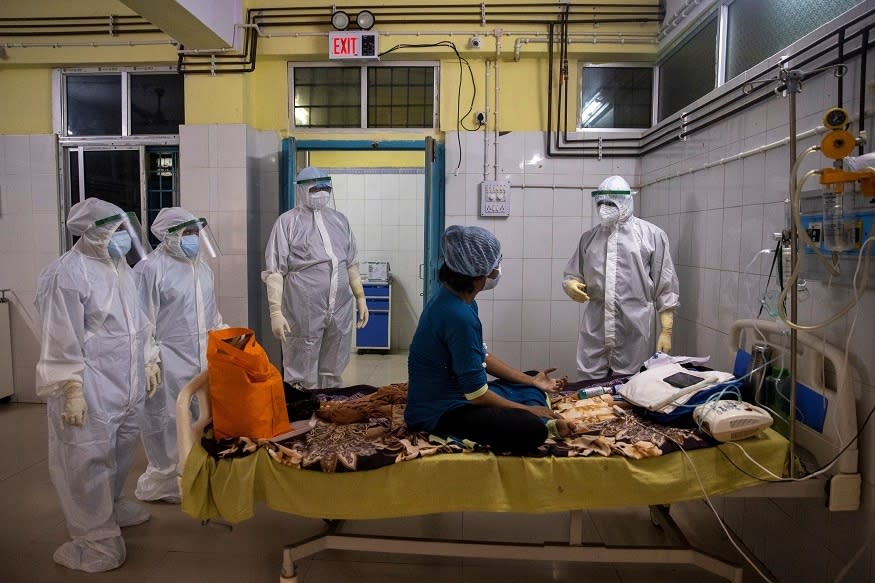 Maggots Found in Bedsores of Covid-19 Patient Post Discharge from Kerala Hosp, Health Minister Orders ProbeMaggots were found in bedsores of a bedridden man, who was discharged from hospital after being cured of COVID-19, his family claimed following which Kerala health minister K K Shailaja on Monday ordered aprobe. Shailaja asked the Medical Education Department director to look into the matter and file a report.

Relatives of 55-year-old Anilkumar had filed a complaint with the health minister on Sunday evening, saying when the health department brought him home, they found maggots wriggling in his bedsores. “The Director of the Department of Medical Education has been asked to probe the incident and file a report. We will ensure proper treatment for Anilkumar,” the minister said in astatement.

Anilkumar, a daily wage labourer, was hospitalised on August 21 after he suffered a fall and was bedridden. “As his health deteriorated, he was shifted to the ICU. He was tested positive for coronavirus.The hospital authorities asked us to go into quarantine.

But when we inquired about the father’s condition, they assured us that he is being taken care of well,” his daughter, Anjana, told the media. His son, Abhilash said medical college officials informed him that his condition was stable and they were going to discharge him.

“The authorities allotted a nurse in an ambulance after he was discharged, but once he was shifted to bed at our residence, we found maggots,” he said. In North Kerala, a pregnant woman was allegedly denied timely medical treatment at hospitals while she was in labour, resulting in the loss of twin babies she was carrying.

Taking serious note of the incident, the stategovernment on Monday ordered a high-level probe. The 20-year-old woman hailing from Kondotty in Malappuram district was taken to three hospitals after she complained of labour pain in the early hours of Saturday.

The hospitals allegedly denied her timely treatment citing COVID-19 protocols. Finally, she was admitted to the government medical college hospital at Kozhikode in a serious condition on Saturday evening.

She lost her twin babies on Sunday while being treated at the hospital, according to sources.