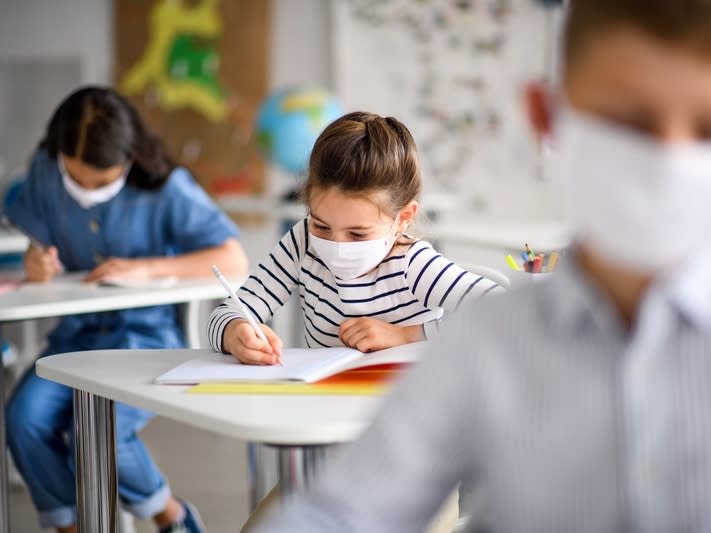 The communities were marked high-risk, or red, due to more than eight confirmed COVID-19 cases per 100,000 residents over the past two weeks.

Over one-third of Massachusetts communities reported rising positive coronavirus test rates over the last two weeks and three towns reported rates above 5 percent. Statewide, the positive test rate was 1.0 percent, up from 0.8 percent in early September.

There were 510 new COVID-19 cases and 32 deaths reported Wednesday. There have been 9,242 deaths and 129,753 confirmed cases statewide since the pandemic reached the Bay State in March.

A University of Massachusetts model projects that the state’s death total could reach 9,769 by Oct. 24. That’s higher than what the closely-watched IHME projected for the state in early August, when it said the state could suffer 9,600 deaths by election day.

The latest town-by-town data showed the positive test rate over the last two weeks increased in 121 — or 34.5 percent — of the 351 communities in the state. The rate fell in 82 — or 23.4 percent — communities and held steady in the remaining 148.

Health officials say positive test results need to stay below 5 percent for two weeks or longer and, preferably, be closer to 2 percent, for states to safely ease restrictions. Three towns had positive test rates at or above 5 percent over the last two weeks: Lawrence, Monroe and Windsor.

Twenty-nine communities had positive rates between 2 and 5 percent.

The data includes coronavirus cases for all Massachusetts communities, except for those with populations under 50,000 and fewer than five cases. The department said the stipulation was designed to protect the privacy of patients in those towns and cities.

The state is continuing to release town-by-town testing data, including the number of people tested, the testing rate, the positive test rate, cases and infection rates.

Don’t miss updates about precautions in your area as they are announced. Sign up for Patch news alerts and newsletters.

How to use this map: Zoom in on the map below and click on a pin to see that community’s coronavirus case data. You can also view the town-by-town coronavirus data in the spreadsheet we used to create this map.

The map does not include 294 of the state’s cases because state health officials could not determine which communities the patients lived in.

This article originally appeared on the Woburn Patch