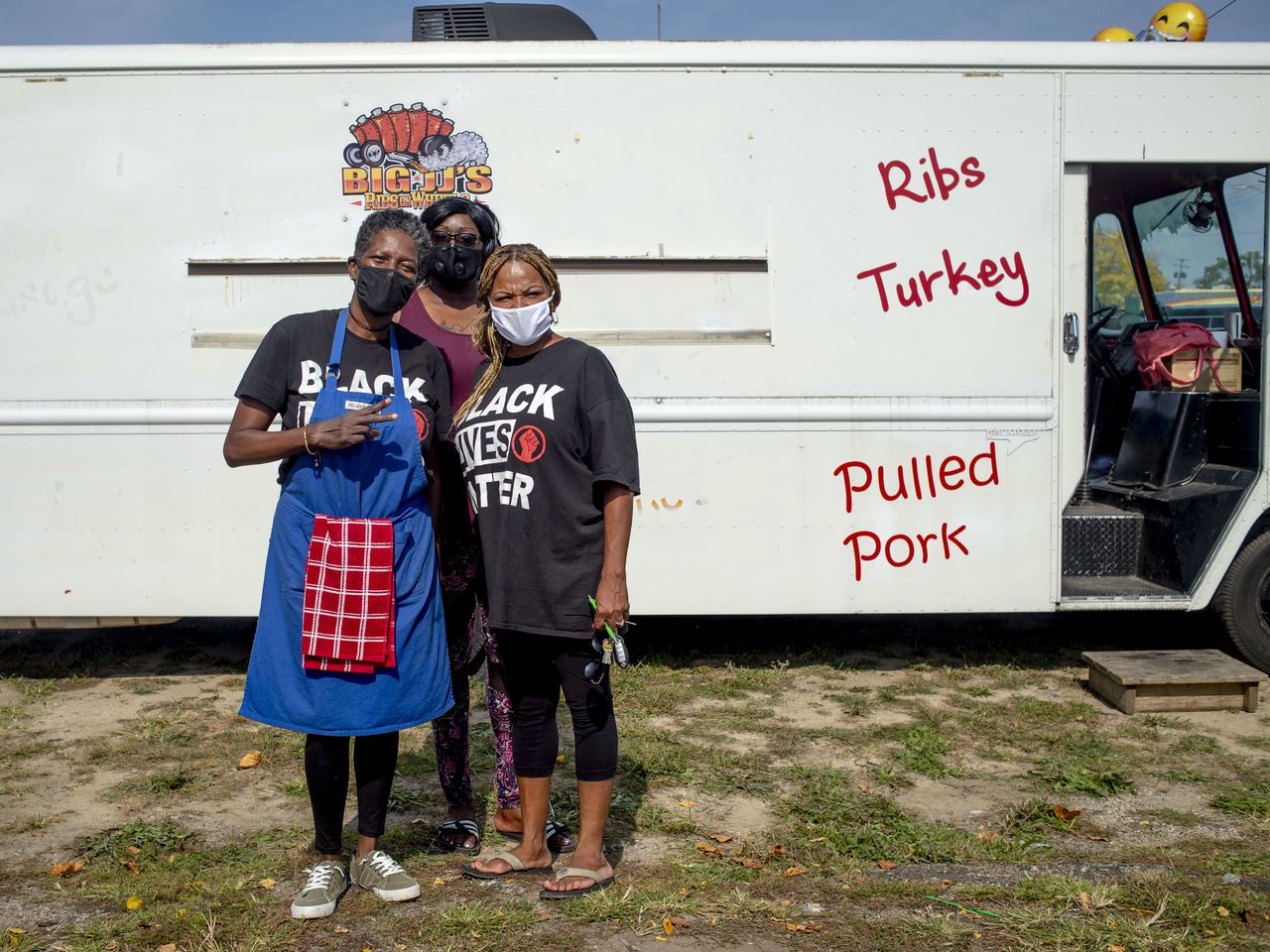 Eventually, they tried serving tacos. Friends and family enjoyed the food so much they encouraged Teresa Anthony to make a business out of her cooking.

Her cousin Billy Anthony is the CEO of the truck, she said. He wanted to help with the business.

One day in 2019, he drove her to check out the former JJ’s BBQ food truck, which was on sale, Anthony said. He agreed to buy it if she, her sister and family would run it. Since then, the truck has gained a following from locals.

J&B’s Chuckwagon, located at 4301 Saginaw St. at the corner of Saginaw Street and East Stewart Ave., is open noon to 5 p.m. Tuesday through Friday. Hours may change as it gets darker earlier.

Teresa Anthony said her passion for cooking dates back to when her first son was born 31 years ago. She said she had been an avid fan of cooking shows for decades.

“I live for the Food Network,” Anthony said.

But her food truck offers a Flint-specific delicacy: the woodle. Anthony said she learned about the woodle when she worked at Midway Supermarket. She said she would constantly be ringing up egg roll wraps.

“One lady came in once and said, ‘I just put my taco meat in it and kind of make my form of an egg roll and drizzle something on top,’ and I thought it was pretty cool. I thought I can do that,” Anthony said.

Young people were the first to call the Flint-based delicacy a “woodle,” Anthony said. With a 20-year-old and a 22-year-old, her kids would ask for woodles or walking tacos. Now, the woodle is her specialty.

“It’s a fast mover and it don’t take much to make,” she said. “It’s three items: the egg roll wrap, your meat and your cheese — bam — then deep fried. The difference between my woodles and other woodles in town is the seasoned shell.”

She said she and her sister use a secret seasoning mix for their signature woodles.

“I can’t tell you my secret, of course,” she said.

Eventually, Anthony said she wants to expand the food truck’s operation and bring in youth who might be interested in the food industry and starting their own business.

She wants to offer both healthy food options and “don’t run to it every day” food options. The truck offers tacos, woodles, a white bean chicken chilly and beef chilly and homemade cheddar jalapeno options. Anthony also plans to remain open through winter months and offer a variety of soups.

Local Eats: The Laundry has a ‘top notch’ Reuben sandwich and more